The Muppet Show was a cult TV show during the 1970s and 1980s. Back then there wasn’t much that offered such a mix of creativity, stealthily highbrow surrealism, and amusing nonsense.

Harry was a minor character on the show, first appearing in 1976.

Crazy Harry is the best demolitions expert ever seen on the Muppet Show. He seems to have laced every place he goes with massive amounts of explosives, which only he can control.

He also appears to have an uncanny sense when anyone is discussing anything related to explosives.

I don’t think anything is actually known about Harry’s past, so I’m going to make one up.

The man known as Crazy Harry was once a top military demolitions expert. He operated primarily in Georgia and Florida, with the U.S. Army Corps of Engineers .

One day, his unit was about to redirect a river to help dredge a small swamp. Seconds before Harry’s device dammed up the river, he noticed a frog singing about the inherent troubles with having a greenish hue.

Trying to defuse his device before it slaughtered the singing frog, Harry ended up taking the brunt of the blast, himself. Fortunately, however, this was no ordinary singing frog. Kermit dragged Harry to the nearest hospital, for which Harry felt indebted to the small green creature.

Harry now travels with the Muppets wherever they go, his unhinged mind desperate to put his skills to use for his new family.

Crazy Harry provides… rhythm, I guess, in a Muppets song. The “whatnots” mentioned in the subtitling are generic, nameless Muppets. They are blank puppets that get customised with add-on wigs, costume, etc. to create an extra.

Harry looks the part of a mad bomber. From his sloppy black hair, to his bulging, sleepless eyes, to his skin, which looks slightly singed, to his mouth being drawn back in a hideous, Joker-like grin (but with more teeth), Crazy Harry is *the* quintessential mad bomber.

He also usually wears faded grey clothing, like one would find in a prison. Hmmm…

Batman supporting cast. Former marine Harry whatever, retired and working at the GCPD saves Batman’s life at the expense of his sanity. He follows Bruce around, hoping to put his demolitions skill to good use.

He scares the crap out of the Joker, and Two-Face thinks he needs therapy.

Bonuses and Limitations:
Bomb is, apparently, not an actual power, but technically requires that Harry apply explosives. However, he seems to have planted bombs everywhere he might ever go, so it’s close enough.

Equipment:
Plunger [BODY 06, Power Reserve (Bomb): 06, R#2. The Plunger can only be used to boost Harry’s Bomb Power. It’s a typical dynamite plunger—a red box with a black, T-shaped rod poking out of the top. Pushing the plunger would ordinarily send an electrical impulse to the explosive, but there are no wires coming out of this one…]

Source of Character: The Muppet Show. 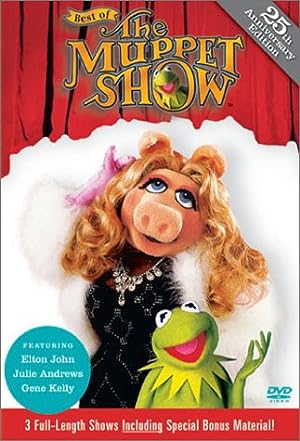