The Creeper hasn’t displayed remarkable strength or combat skills. But she is fast and agile, and capable of decent rooftop acrobatics.

She’s also mentally resourceful, at least for a less-than-cinematic  heroine. Thus, she repeatedly pulled off daring plans – some requiring some minor technical knowledge of drugs or explosives. She also reacts very quickly. This ability to be the first to act is a significant asset in evading pursuers.

The Creeper did have a huge impact on the Parisian scene for a few months. Though it is largely tied to her actions and the peculiar ambience of the times, multiple elements point toward the Creeper having an extraordinary, maniacal presence.

Madeline and Judith Benoir were identical-looking twin sisters, living in 1920s Paris. This was a place and time where many of the major pages of XXth century art were written, and in particular Surrealism . Judith was a painter and demimondaine. Madeline was a playwright and occasional fashion artist, selling one-of-a-kind designer dresses to pay the rent.

Though Madeline was more of an introvert, Judith was a party animal. She had a scandalous and very active romantic and sexual life across the Parisian scene.

Judith had recurrent dreams of demons, and in particular a sort of yellow-skinned, red-haired harlequin she called the Creeper. Several of her paintings starred the Creeper. One was even hung on the wall of famous Parisian café La Rotonde , to pay for her bar tab.

She also had the misfortune of attracting the attention of the surly Mathieu Arbogast, a scion of the extremely rich and influential Arbogast family, who had severe mental health issues.

During the second half of 1925, the Creeper physically appeared in Paris. The shocking goblin waged a mostly non-violent war against conformity and society. She often humiliated the Arbogast family. The absurd, shocking, free-spirited deeds of the Creeper caught the attention of non-conformists throughout Paris. André Breton  and the Surrealists loved her. 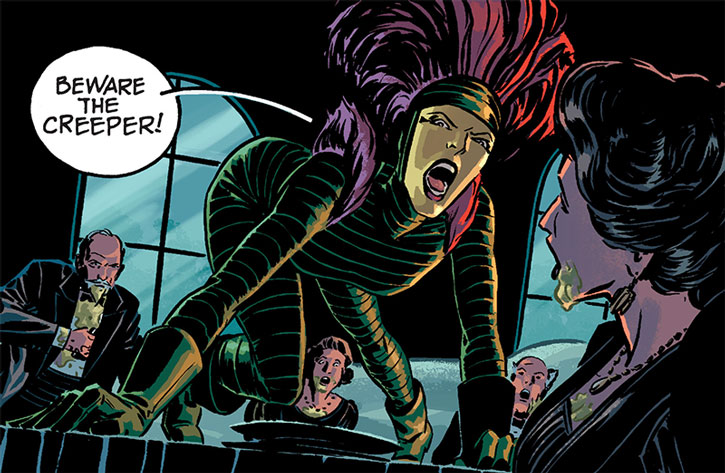 Soon, the Creeper was all the rage. Artists stuck fanciful Creeper posters all over Paris. These often had a fauvist  or expressionist  style, and the slogan “Prenez garde au Creeper !”. Fans wore the Creeper’s name stencilled across the forehead, woman who had their hair died Creeper-red, costumed parties inspired by the Creeper’s costume, etc.

Even the great Josephine Baker  was seen performing in an outfit inspired by the Creeper. It was practically identical to the costume Jack Ryder would wear as the Creeper 43 years later.

Like some artists of her time, the Creeper reviled the landmark 1925 Exposition Internationale des Arts Décoratifs et Industriels Modernes  (International Exposition of Modern Industrial and Decorative Arts). Thus, she made a spectacular appearance there, crashing the train leading to it and torching the huge art déco  statue at the front.

However, a child was accidentally killed in the attack. This broke the Creeper’s popularity. Breton excommunicated her from the Surrealists, though the Creeper had until then been their idol.

History recorded that the Creeper, Mathieu Arbogast, died the 22nd of October, 1925. He jumped from the Eiffel Tower to avoid being arrested.

An activist, representing the working class, bohemian and artistic sides of Paris, with a distinct surrealist slant (itself inherited from the dadaists ). Her art is non-lethal terrorism as a happening, striking against the grande bourgeoisie and deftly avoiding the cops.

She is in many ways a feminine, non-bloodthirsty version of another surrealist icon — Fantômas .

Unhinged and with an obvious taste for the dramatic, the Creeper works on the mise en scène, symbolism and aesthetics of her ’performances’. She even has a theme colour (“Creeper red”). She would use paint in this colour to paint slogans across Paris and vandalise things symbolising the rich, conformity and order.

Another signature is her insane laugh, which she will happily use to punctuate her deeds. The Creeper can laugh or deliver her lines with incredible loudness for a petite, slim woman.

Though she has no problem inflicting some pain, bruises and discomfort, and wrecking properties she finds devoid of artistic merit, the Creeper does not wish to kill or seriously hurt anyone. The accidental death at the Expo wrecked her morale. Especially as she personally knew the child who was caught in the unplanned explosion.

As Madeline, she is a reserved person. She tends to downplay the qualities of the plays she wrote and her own talent. She could be a bit gloomy and thought about death often since the death of her parents. It apparently happened during an artillery strike on Notre Dame  during the war.

Unlike Judith she continues to go to church. Madeline is a practical and driven woman – she seems a bit like a wallflower, but this is due to the contrast with Judith. Madeline is in love with a police detective named Inspecteur Allain, but his heart belongs to Judith.

The Creeper is filled with maniacal energy and creativity. She owns the Parisian nights with her strange deeds and her cultural impact. So… Beware the Creeper !

“Citizens of Paris ! You think this pitiful drivel on display around you is art ? There is no art… only the Creeper ! Hahahahaahahaah !”

“Since the irony of this pathetic celebration is lost on the lot of you, the new monarchy of the rich, celebrating the downfall of the Ancien Régime kings and queens… I thought it fitting that you experience first-hand how ill you have made Paris. You are the sickness — for which there is only one cure… BEWARE THE CREEPER !”

Bonuses and Limitations:
Running is a Skilled Power. 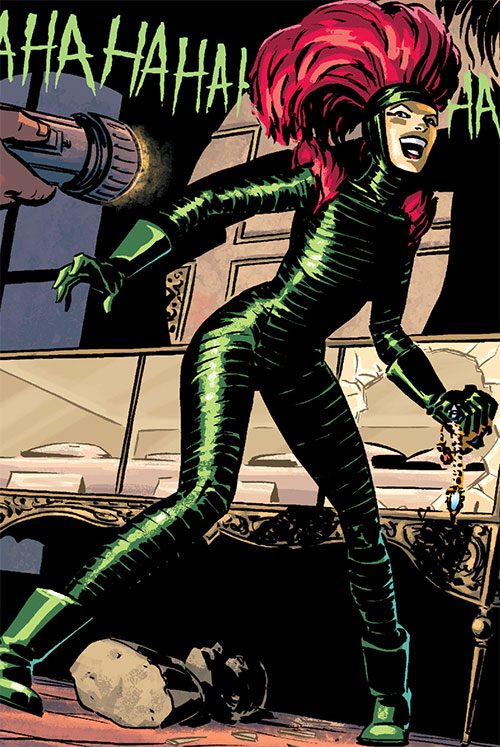 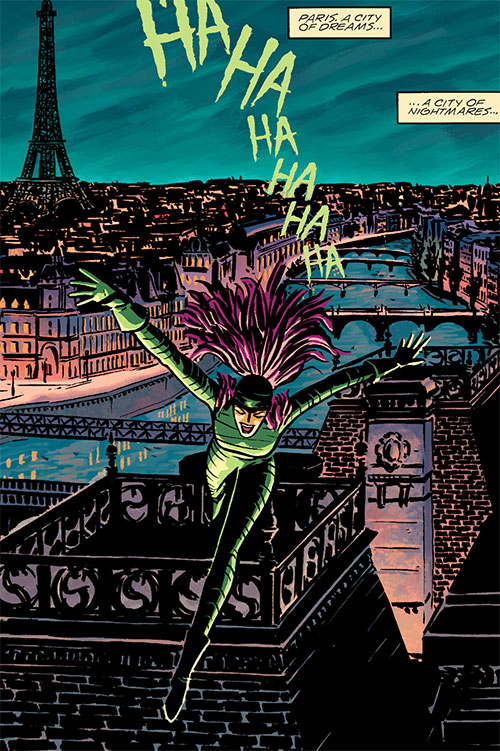 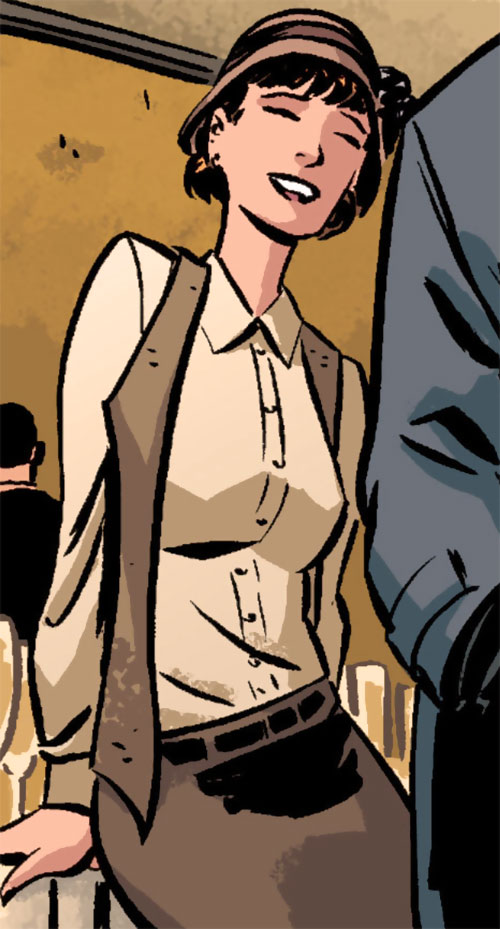