Creote chiefly appeared in Birds of prey, starting in 2003.

A former Spetsnaz  soldier, Creote was hired as enforcer by Brian Durlin, the blackmailer also known as Savant. As well as being a kind of bodyguard, he helped Savant with his mental disorder, which made his memories non-linear.

Their relationship became more of a friendship. Aleksandr also developed romantic feelings for Savant, although he didn’t reveal them.

He helped kidnap Black Canary. That was part of Savant’s plan to get Oracle to reveal Batman’s identity, to allow Savant revenge for a previous slight. Creote fought Huntress when she arrived to rescue Canary, keeping her occupied for a while. But the plan fell apart, and Creote and Savant were arrested and sent to separate prisons.

There goes the neighborhood

Creote was released from Blackgate when Savant made a deal with Oracle. The pair became operatives for her. Oracle set the pair up in a run down section of Gotham under the thumb of a drug dealer, tasking them to clean up the neighbourhood.

Savant’s straightforward approach not getting him near the head drug dealer, he reverted to his old MO. He used old blackmail material to get the block he’d been charged with cleaning up renovated. This forced the drug dealer to move to another area.

Savant and Creote were then recruited by Huntress, while she was briefly estranged from Oracle. They acted as her enforcers while she made a move to become head of the Gotham Mafia. That was to to gather information on the underworld.

When the Calculator became obsessed with Oracle, he had a couple of Society members kidnap and torture Savant. Creote and the Birds of Prey found where he was being held, and attacked. Savant was freed, but, enraged, threw Black Spider through a high window.

Black Spider survived the fall. But as they tried to get him to a hospital, the group were attacked by Deathstroke. Surviving the encounter, Savant ended his association with Oracle, although Creote continued to help the Birds on occasion.

He was recruited by Oracle to join the Birds of Prey on a mission to Azerbaijan. His former superior, General Kerimov allegedly had a dangerous weapon he was unveiling at a party. The Birds stole the Rocket Red suit, clashing with the Secret Six. They then discovered that the weapon was actually held the resurrected former Leaguer, Ice.

Creote protected the insensate Ice while the Birds battled the Secret Six. But when a squad of Rocket Reds arrived to kill them all, he forcibly wakened her.

Magics he’d used to revive her almost allowed Kerimov to control Ice. However, Deadshot killed him before he could command her. The teams parted peacefully, as the Birds took Ice home.

Creote was among those who gathered to support Oracle when Spy Smasher II tried to usurp her.

Quiet and intimidating, Creote is calmly professional in combat, looking out for his team mates. He has strong feelings for Savant, but hasn’t wanted to threaten their friendship by telling him. He’s happy happy to continue caring for Savant, helping manage his condition.

His feelings sometimes get the better of him, however. He may become distracted in a fight if he sees Savant injured, or act rashly if he knows Savant is in danger.

While he seemed happy enough to serve Savant when he was a blackmailer, he has no problem serving the same role in crime fighting, even without Savant.

“When Mister Savant hurts someone, he experiences emotions much as a child does; elation, satisfaction, euphoria, realization, remorse. Do you know what I feel when I hurt someone, Miss Lance ? Nothing.”

Savant: “You have a shuriken in your shoulder.”
Creote: “Souvenir.”

Savant: “I must admit, I don’t understand females at all.”
Creote: “If it helps, Mister Savant, I believe they were sent here by the Devil.”

Creote: “Tell Oracle I will fulfill Savant’s obligation to her, should he not return.”
Lady Blackhawk: “Listen, uh, Mr. Creote. That’s not your job, paying his debt.”
Creote: “Duty is all I know, miss.”

“I strongly feel we should have shot one of them for effect.”

Lady Blackhawk: “If I’da worn my dancing shoes and a skirt, I coulda shown you a couple things when an up-tempo number came on.”
Creote: “I—I do not wish to see these things.”

“Surely you are jesting at me.”

Equipment:
Often armed with some kind of firearm. 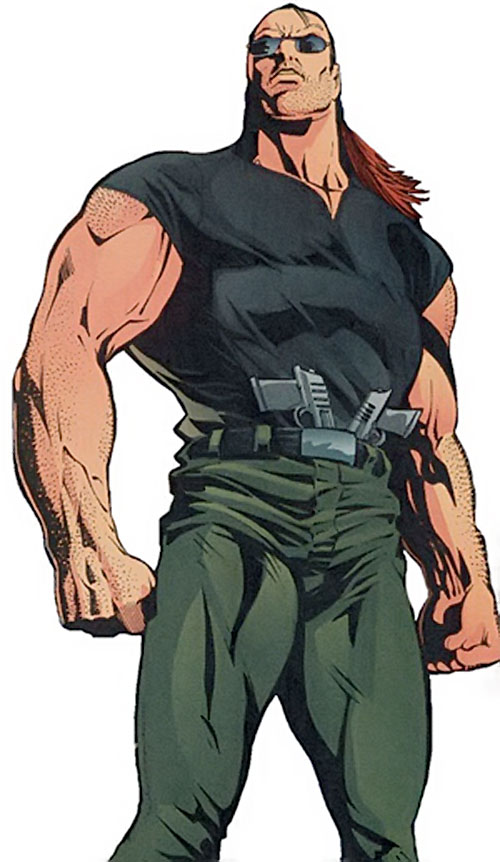 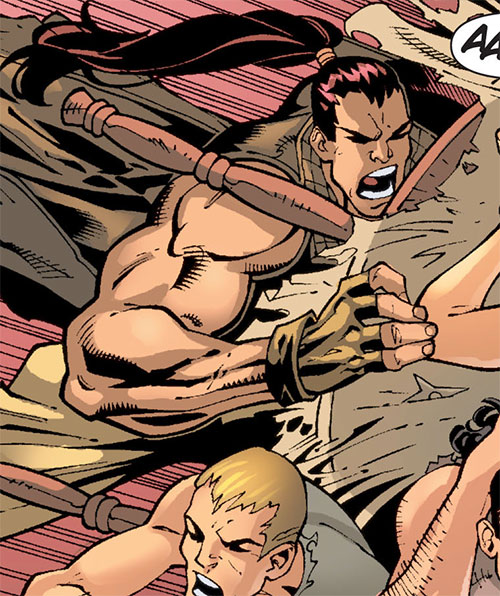 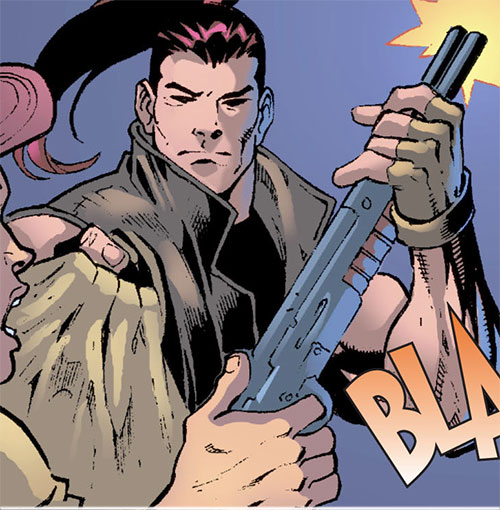