DC has had multiple characters going by “Crime Doctor”. For the other versions, simply run a writeups.org search for “Crime Doctor”. We’re sure it’ll alleviate the symptoms and you’ll feel better.

Thorne seems to be a competent doctor. He’s also an experienced torturer with an extensive knowledge of chemicals.

His main asset is his high intelligence. Thorne is an efficient, analytical man who takes quick and efficient decisions and thinks in a structured way.

Some scenes can lead to the impression that he’s very good at learning new tricks and techniques. Thus, it is likely that his list of Skills and Familiarities was more extensive than what was demonstrated.

Dr. Thorne was a surgeon – presumably an internist. Unbeknownst to him, he was also schizophrenic, with a violently cruel side. During a surgery, he had a fleeting dissociative episode. His dark side (whom he called “the other”) emerged to murder the patient and make Thorne suffer.

Thorne immediately recovered control. He toiled to repair the damage the “accidental slip” by the other had inflicted. But it was too late and the patient died on the table.

Thorne invoked a brief dizzy spell from lack of sleep and carried on. But “the other” rapidly became dominant and the old doctor Thorne was soon gone. He quit his practice, telling his colleagues that he had a nervous breakdown.

Now permanently the other, he decided to eliminate the only person who didn’t believe that the death of the patient had been a mistake. It was one of the nurses who assisted during the surgery.

Under the pretence of wanting to date her, he kidnapped her, tortured her for hours and killed her. Awash in emotion, he took a souvenir – a pair of star-shaped decorative sunglasses. He then left to start a new life as a professional torturer.

Dr. Thorne went through a transitional period, establishing a clandestine clinic outside of Gotham. There criminals could receive medical care without any police interference. Perhaps it was a strategic move on his part to get the underworld contacts and backings that would allow him to operate as a torturer protected by powerful employers.

His operation was cracked down on at least once, since during his first post-Crisis appearance it is mentioned that he’s back in town.

From his clandestine clinic, Thorne didn’t just patch up gunshot wounds. He could perform complex surgery. As a result, he was approached by “Big Moe” McAllistair. This old, highly wanted mob boss was in need of corrective cardiac surgery. Thorne located a donor with a rap sheet and a debt problem, and prepared to operate.

However Batman (Bruce Wayne) and Robin (Jason Todd) had tracked him down and intervened. In the fray, the donor was forced to crush Thorne’s hands with a fire extinguisher. Though Thorne feared that he had lost his surgeon’s hands, he eventually recovered.

It was presumably at that point that Thorne swore that he would never save another life.

This 1987 material occurs during the post-Crisis “continuity penumbra ”. Here we take the simplest stance and graft these events to the biography of the Crime Doctor seen in the 2000s. This keeps things straightforward if you don’t look too closely.

But if you do look closely, the Crime Doctor in this tale clearly is the pre-Crisis, Earth-1 Bradford Thorne.

Thorne was spotted years later in Oregon. He had made headway toward his dream, by running an organs-harvesting operation. This clandestine operation was much less affluent than his clinic near Gotham.  But Thorne didn’t mind operating with home-brewed anaesthetics. He was chiefly working on vagrants, harvesting kidneys and the like.

In 2004 Doctor Mid-Nite (Dieter Cross) detected the operation. Dr. Cross shut down Dr. Thorne with prejudice. Alas, he arrived too late to save the person Thorne was ’operating‘ on.

A few months later, the Crime Doctor was recruited by the Society. This was a shadowy but large and powerful alliance of super-villains. He thus achieved his life’s goal. He had become the head torturer of a very powerful criminal concern.

Among many others, he tortured the Secret Six (then led by Scandal Savage) for hours. The goal wasn’t to gather intelligence – this could have been accomplished by telepaths. Rather, it was to provide an example to Society members of what happened to the enemies of the organisation.

But Catman broke free and beat the “medical” staff unconscious . Thus, the Six escaped from the very headquarters of the Society.

By his next appearance Thorne had one eye replaced by a featureless glass eye. Thus it is likely that Catman or another Secret Six members gouged one of his eye out in escaping, out of revenge or to force him to tell how to deactivate their booby-trapped collars. An alternative hypothesis is that it was the Society who maimed Thorne for his failure.

The Crime Doctor reportedly became one of the Society’s insiders, just outside the inner circle of leaders. He gained a genuine knowledge of how it operated.

He thus realised that sooner or later he would run into some problem. And that the first reaction of the Society would be to take his kid daughter as a hostage.

Thorne had been an execrable father. His daughter had grown up alone at a boarding school. Yet, he couldn’t bear the thought of what would sooner or later happen to her. Dr. Thorne decided to defect in exchange for full protection from the Society. He contacted Oracle to negotiate.

Thorne was spotted by Society security, and shot in the belly. Meanwhile Oracle scrambled the Birds of Prey. The Birds were both to get the Crime Doctor to a hospital then to safety, and whisk little Bethany Thorne to their HQ. The Society escalated and sent Prometheus to recover Thorne. Unlike most of their agents he had the skills to outmanoeuvre and beat even the Birds.

Prometheus did recover the Crime Doctor, maliciously reopened his gunshot wound, and proved that he could beat back the Birds. Seeing no other way to protect his daughter from the Society, Thorne slashed his own throat open with a scalpel. His death removed any reason to hurt Bethany.

However, Lady Shiva was operating with the Birds at that point. Her implacable eyes saw something in little Bethany. Thus, she decided to renounce Dinah Lance as a student.

She would train Thorne instead so she’d become the next Shiva.

Thorne is consumed by his passion for inflicting injury and suffering. What feeds his deranged obsession is the moment just before death, where he feels that he has absolute power over another person. He uses his medical knowledge to prolong that moment and have it occur again and again.

He has grown sick of saving lives, fixing bodies and being a good guy. Thorne couldn’t stand saving another life anymore than most people can stand to kill a person in cold blood. All he craves is the power of agony.

Beyond this little foible, Thorne is an unusually intelligent, well-educated man. He has an undeniable level of initiative and courage. He doesn’t have combat training or experience, so sudden violence can shock and frighten him like any civilian. But if he can collect himself and apply his power of reasoning he can be surprisingly courageous, determined and efficient.

Though he’s no longer a medical practitioner and has sworn never to save another life, the Crime Doctor enjoys playing the part of the doctor. He’ll talk to the persons he tortures as if he were their personal surgeon. Presumably this heightens his feeling of power.

“Occasionally, one reads stories of a soldier who, sickened by killing, vows never to take another human life, and damn the consequences. I surmise that I am their natural opposite number.”

“Even if you could break the chair’s restraints, mister Blake… you couldn’t get far. The collar injects a virulent strain of botulism directly into your carotid artery. Death would be extremely painful. Speaking of which… I’m going to give you something. It heightens pain, and prevents unconsciousness. I want to make this clear, mister Blake. This is your new reality, until we no longer need you.”

“I am called the Crime Doctor, and each of you will spend an hour in my [torture] chair, in turn. That leaves you five hours’s rest. Then we begin again. Your cooperation is appreciated.”

A Rench in the works

Back when he operated his Crime Clinic in Gotham, Thorne had a half-dozen armed thugs on retainer, dressed as orderlies. His right-hand woman, Nurse Rench, was of another calibre.

She was a trained and competent nurse. And though she was manifestly overweight moved with great strength and speed – and seemed trained in hand-to-hand combat. Nurse Rench had no problem beating up men with guns using her bare hands, relying on her high Initiative to deliver an EV 05 smackdown.

Nurse Rench only appeared once. 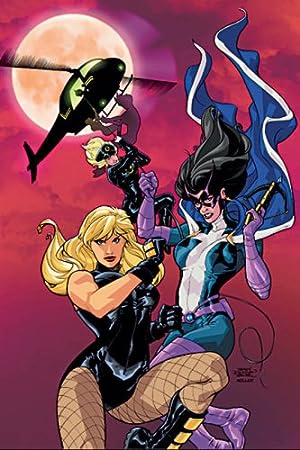