Crimebuster possesses no powers. But he is a skilled combatant, who is confident in the use of his equipment.

He uses a gun, his ’Whammer‘, which fires a number of entangling objects, from bolas to nets. Furthermore, the lenses of his helmet allow him to hypnotise the weak-willed.

He gets about in his Crime Pod, a small, one-person, helicopter. It can also:

Frank Moore was the son of the superhero the Comet. When Frank was still young, some of his father’s enemies tried to kill the family. Frank believed that they had succeeded in killing the rest of his family, and decided to devote his life to fighting crime.

He eventually adopted the costumed identity of Crimebuster, operating in secret to begin with. When he became confident, he went public, helping Nova (Richard Rider) foil a bank robbery by the Sandman. He teamed up with Nova on other occasions, and the two became casual friends.

Return of the Comet

When he hears that there is a Comet going around claiming to be the original, he investigates. Spotting him flying over Manhattan, Crimebuster attacks him, trying to prove he’s a fake.

When they get close enough, however, Frank recognises his father. He learns that his father believed he had died along with his sister and mother. Grief-stricken, the Comet had become an alcoholic vagrant.

The two eventually decide to search for the missing Nova. They track him down to London, where he just confronted Powerhouse. Just as they arrive, a beam transports all of them to a Xandarian starship, under the control of the Sphinx. They are thus forced to become part of the crew for the journey to Xandar.

They reach Xandar in the middle a Skrull invasion.

The Sphinx takes advantage of the situation to extract the information he requires from the Xandarian computers. This makes him even more powerful. Thus, when Comet, Crimebuster, Diamondhead and the Fantastic Four try to engage him, he easily brushes them aside. The Sphinx nearly kills Crimebuster with an eyeblast.

He leaves, abandoning the others, who aid the Xandarian defence. Nova, Comet, Crimebuster, Diamondhead and Powerhouse spend several months helping fight the Skrulls. This earns them the name Champions of Xandar.

Diamondhead, Crimebuster and the Comet accompany the Nova Corps, in their mile-long ship, on a foray against the Skrulls. Diamondhead betrays his team-mates to the Skrulls, helping them board the vessel. Crimebuster discovers this, but is killed by Skrull soldiers in front of the Comet.

Initially driven by his family’s death to fight crime, Crimebuster was serious and disciplined. For instance, he took time to get used to operating in costume before going public.

He becomes noticeably happier when reunited with his father, and seems to take more joy in fighting crime.

“My sources were right, Nova. The Krimmons gang is out tonight — in force ! What say we stomp on them — together ?”

“Father, when I thought you had died, I swore vengeance on the underworld ! You were the greatest hero the world had ever known — and I was determined to follow in your footsteps — and wipe out crime — forever !”

To keep the Comet’s origin fixed in the 1950s, make Frank his grandson rather than his son. Frank’s father would have created the identity of Crimebuster to fight crime spurred on by his father’s apparent death, but died in action himself.

The identity was later taken on by Superman for a short while, before being taken by Frank, trying to live up to his family’s legacy.

When the Comet returns to Earth with L.E.G.I.O.N., Frank confronts him, but finally realizes it is his grandfather. He travels back to space with him, joining the L.E.G.I.O.N.. He is killed by Ig’Nea, after discovering that she is a spy. 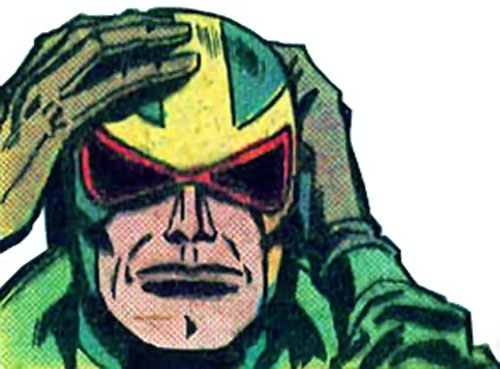 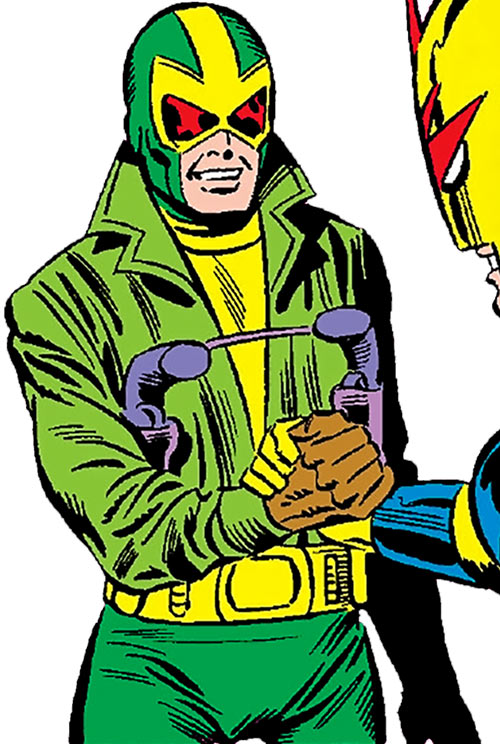 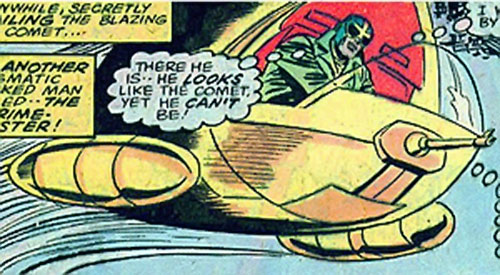 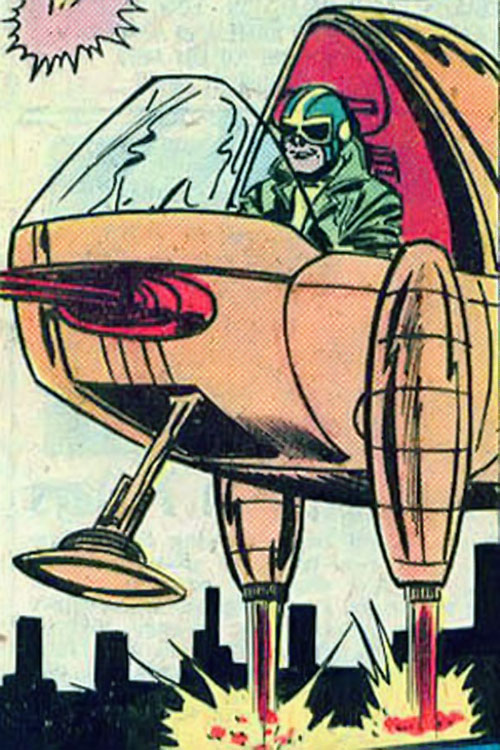 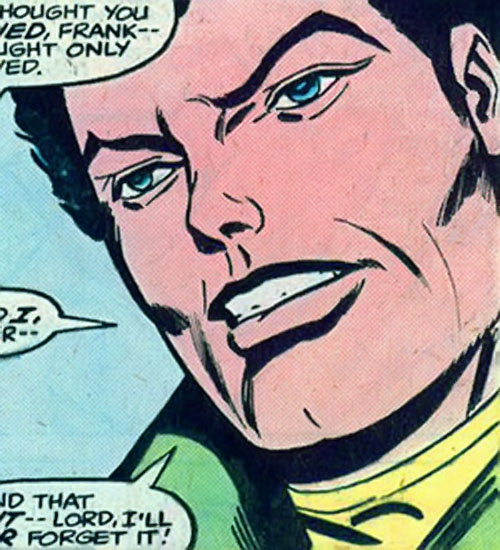