The Crow was a landmark 1989 indie graphic novel by James O’Barr, dealing with grieving and loss. Though it’s raw and obsessive, it was important work for the medium and the times.

This old profile doesn’t contain any S P O I L E R, since it has next to nothing about the story. The stance was that The Crow is better experienced than narrated.

It only covers the original story.

Eric’s true nature is unrevealed. He just enigmatically stated that “death, like virtue, has its degrees” when commenting upon his undead nature.

He has evidenced extraordinary athletic and combative skills, and could withstand street weapons blows and small arms fire with little apparent effect.

The abilities of the spirit raven that sometimes accompanies Eric are mostly unrevealed. In DC Heroes terms it seems to have Self-Link (Spirit Travel), and is definitely sapient . It is able to telepathically communicate with Eric.

At one point it materialized on a windshield to make a car crash.

The raven seems to be a paranormal agent of cold vengeance, with little compassion. It appeared to Eric after he was fatally shot, urging him not to look as he was dying. It then convinced him to let go of his life so he could come back for revenge. One year later, the raven or his allies reanimated Eric as the Crow.

The raven coldly assisted the Crow, providing him with intelligence about his targets – though Eric has to conduct interrogation on his targets most of the time. It kept urging him to stop feeling his terrible pain and stop falling prey to flashbacks.

Murder of crows (By Adam Fuqua)

From my understanding of the legends that The Crow is based upon and the explanations about him (including some things said in the movie rather than the graphic novel), I would not say that the Raven is a spirit of vengeance. Instead it is an agent of Death charged with escorting souls into the next realm of existence. Ravens are often said to carry the souls of the dead to the next world.

In this case (and assumably others) the need for vengeance is so strong that the Raven takes pity on the soul and helps it set things right… in the form of the cold vengeance described. Thus the revenant, “The Crow” is actually the spirit of vengeance watched over by (and assisted by) an aspect of Death.

This could also tie into the DC Universe in the sense that this raven is Dee Dee’s version of Matthew. Perhaps, he is even in line to be Dee Dee’s “Daniel,” but is still taking pity on mortals with strong attachments to the realm of the living…

Or maybe he’s simply one servant/aspect of Dee Dee that does take an interest in those who desire vengeance so strongly that they are not ready for the next realm.

Another option is that the Raven is a demon of vengeance à la Ghost Rider. Eric may have sold his soul in order to have gained the time/power to get his vengeance. This would seem to contradict the theme of the story to some extent, however.

Also, Eric seems somewhat relieved once it’s over and ready to move on. One would think that he would not be as calm had he sold his soul. But then again, perhaps he doesn’t realize what entity he made his deal with.

Eric’s skin is deathly white, and his hair are sticking out like a haystack. He wears black makeup and lipstick. He bears the scars of the injuries that took his life and all of the ones he has suffered since, his body becoming an increasingly twisted canvass of scars and bullet holes.

“Pain ? I know pain at the molecular level… it pulls at my atoms… sings to me in an alphabet of fear… I am the boiling man… come to break the bones of your sins, meat puppet…”

“May God grant you the mercy that I cannot.”

“Down with the lambs, up with the lark, run to bed children, before it gets dark ! When sorrows come, they come not single spies, but in battalions. I’ve allies in Heaven, Jack. I’ve comrades in Hell… say hello for me.”

“Look at me, boy. Put your gun away… bullets don’t stop me… knives don’t hurt me… look… Look at me ! I am pilot error, I am fetal distress, I am the random chromosome… I am complete and total madness… I am fear….”

“This isn’t Hell, but you can see it from here.”

“Get dressed, miss skin, before the space between us turns into tigers. Go from this place, Sandy, before he sucks all the light from your eyes. [Your daughter] Sherry is waiting. Mother is the name of God in the lips and hearts of all children. Do you understand ? Do you understand ?”

“Do you see my smile in my words, sad and evil ? Sad because I am utterly alone. Evil because I am dead and yet I live. Can you hear me ? Listen. A dead man visits you.”

Equipment:
During his brief time as a revenant, Eric used a small arsenal:

It *is* possible that Eric has Invulnerability, or that the crow can use Animate Dead on him again. It would make some thematic sense if the revenant could come back yet again one year later, even after having been seemingly destroyed by sufficient force — as long as vengeance is not complete and justice is not served.

This was never displayed in the graphic novel, where his opponents never muster enough force to have a chance to destroy him (in fact, they barely get RAPs from time to time), but adding Invulnerability: 14 with the Limitation that Eric can only come back exactly after one full year would work. 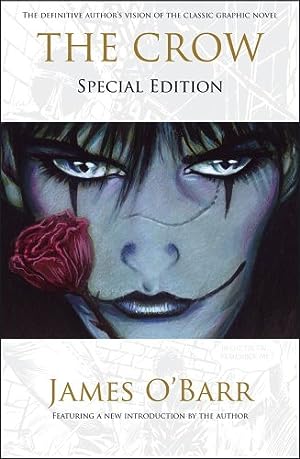 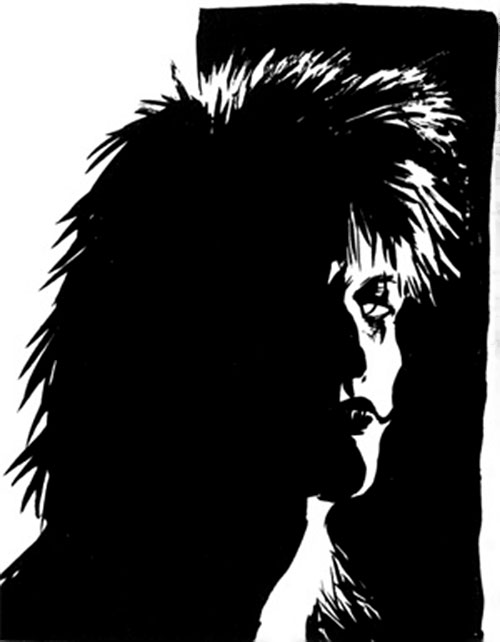 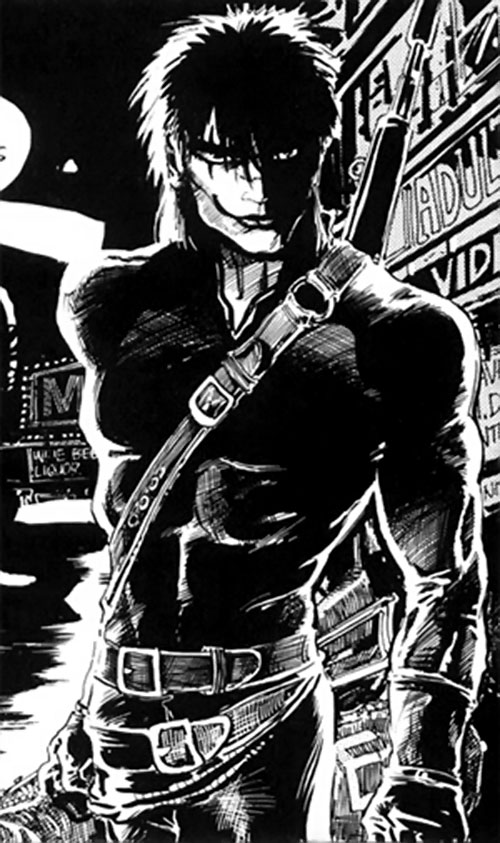 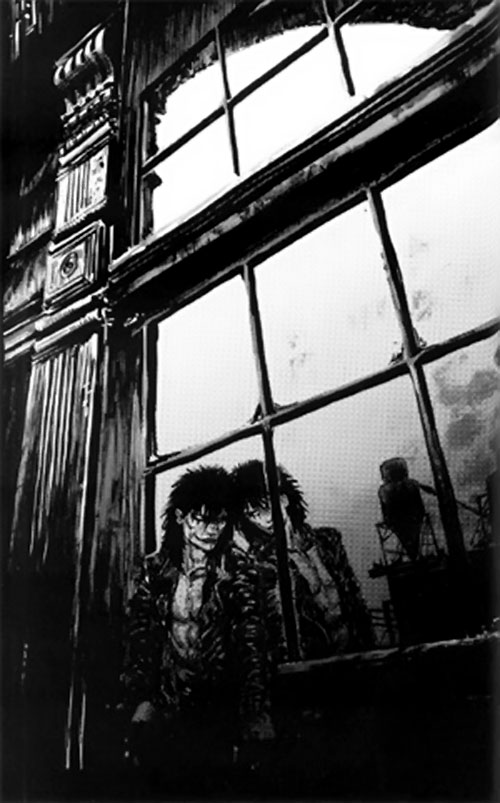