Crux and the rest of her team are artificially-powered, fake, gisted X-Men copies who appeared in 1998.

This gives them a curiously familiar-yet-off-target quality that we found interesting, and could be of use in more scenarios.

Crux can sheathe the right half of her body in flames, and the left in ice. Furthermore, she can project beams of fire or ice from the appropriate side. She seems to have been modelled on a combination of the powers of Iceman and Sunfire. 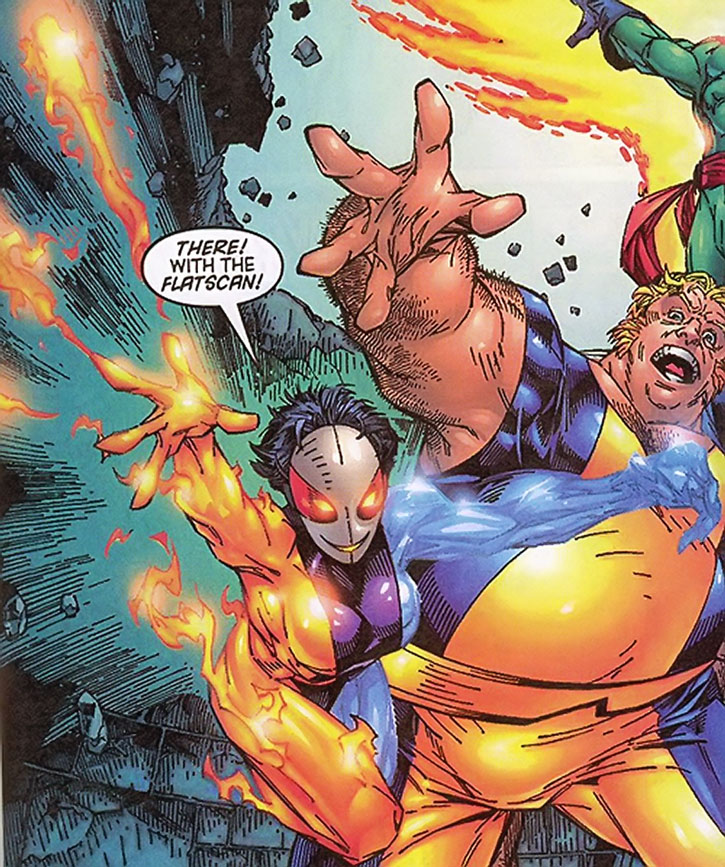 When Shadowcat broke free, they tried to recapture her, but failed. Thus earned them Cerebro’s displeasure.

Arrogant and vindictive, Crux looks down on most people, mocking them in battle.

She doesn’t like to be made to be got the better of, making sure she gets her revenge on anyone who tries it.

Bonuses and Limitations:
Flame Being covers the right half of her body, Icing covers her left, and they have the Combined Power Usage Bonus (+1). 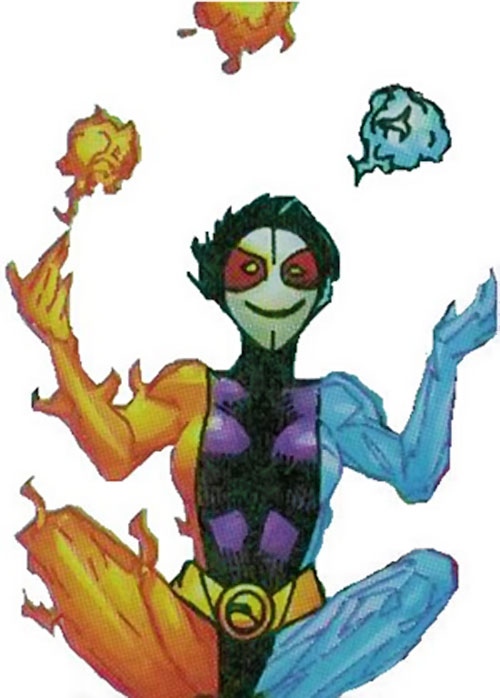 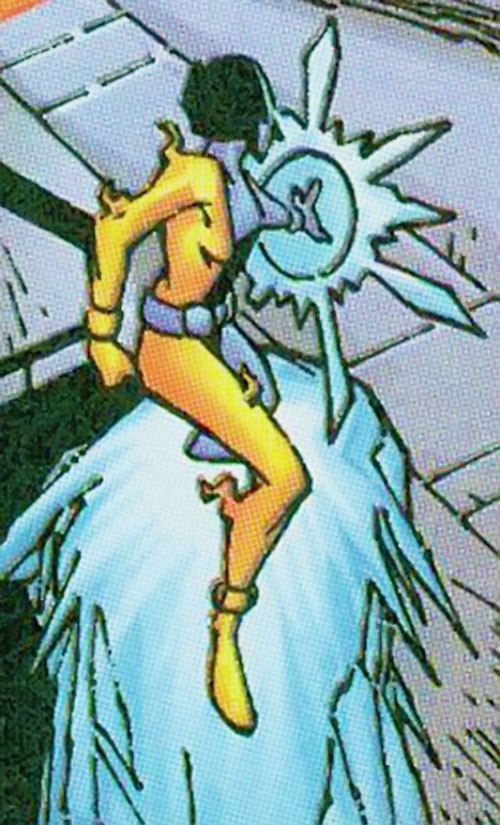 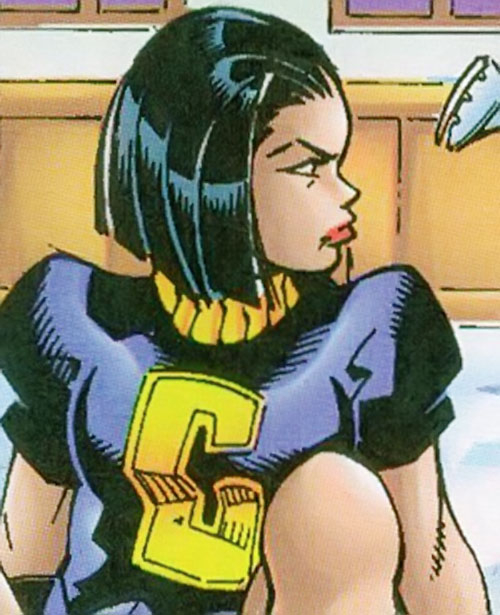