The Cryonic Man is trained in technology and medicine, and adept at superhuman combat. He’s good with flying and operating a suit of light power armour , and makes good use of the suit’s attack modes.

Said armour includes two gas tanks on his back (much like diving tanks). These are linked to nozzles on the wrists that can project high-pressure blasts of gases and fluids :

His most devastating attack was to slow the Outsiders with the slow gas, then encase them all in a giant block of ice.

The Raymond project base is a good lab stocked with 1950s technology and several clunky, 1950s style robots. Some of these are proficient surgeons, and they all have AI.

During the 1940s, genius scientists Miles and Bella Raymond came to the conclusion that nuclear Armageddon was inevitable. With their assistants, another married couple named Philip and Melissa, they built an underground bunker in order to rebuild after the war. This project was completed in 1947.

The shelter was crammed with super-advanced technology, including intelligent robots and flying suits of power armour equipped with less-than-lethal weapons. It also had an unique form of cryogenic suspension system for its four occupants, so they wouldn’t age from 1947 onward. Thus they could wait for the war to take place then for the Earth to become habitable again.

Maintenance cycles were scheduled, with a default frequency of ten years. During these Philip would be fully woken up to inspect the equipment in the bunker. The other three would be mentally awakened but still physically frozen, communicating with Philip via a specialised system.

Philip soon discovered that the cryogenic system had a major problem. All four subjects were afflicted with a neurodegenerative disease. Realising that his beloved Melissa was going to die made him desperate and somewhat deranged. He plotted to save her.

He told the others that a global nuclear war had taken place, and pretended that it was still 1955 to gain time. Meanwhile, he raided outside hospitals during maintenance periods to steal organs. During each period, he observed whether medical technology had progressed enough to save Melissa.

One of Philip’s legs died from the disease, but he had the robots cut off and graft Miles Raymond’s leg to replace it.

The outside world dubbed him the Cryonic Man during his periodic raids, due to his weapons.

In 1983, Batman and his Outsiders foiled one of his raids. They preventing the theft of an organ that was to save a little girl.

The team then set up a trap, impersonating a famous organs transplant expert. But the Cryonic Man defeated them all and kidnapped Katana (Yamashiro Tatsu). However, the Outsiders located and invaded the bunker, and defeated Philip.

Black Lightning (Jefferson Pierce) established communication with Melissa and the Raymonds. He told them what had actually happened. Seeing that they were condemned and furious about what Philip had done with their names, the trio revealed that they had developed mental powers thanks to their unique cryostasis technology.

They then used these powers to kill themselves, taking the Cryonic Man with them.

The Cryonic Man has unruly short hair and is usually ill-shaven. Presumably because he’s a villain.

The Cryonic Man is desperately in love with his wife, and callous and remorseless toward everything else. He still has doubts about the moral implications of his actions, but they soon vanish when he remembers about the stakes.

“There is only one person in the world I care about, freak. Everyone else is irrelevant – including you !” 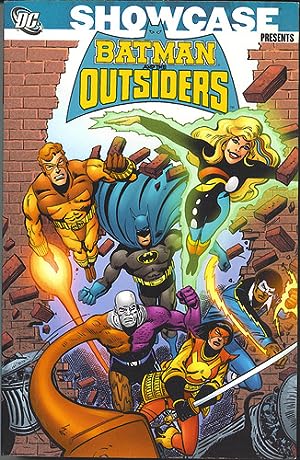 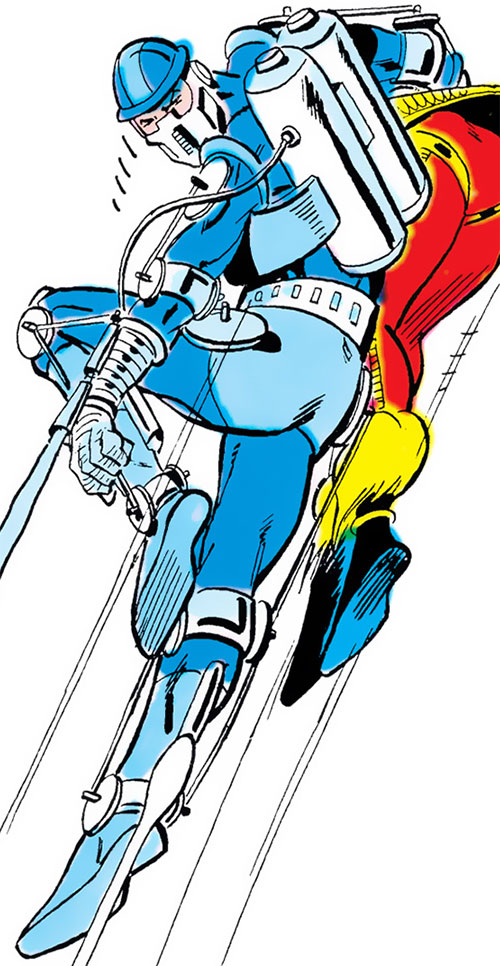