Craig Crandall is, despite his youth, the top American scientist of his time. He is a genius in dimensional physics, computers and astrophysics.

On the Mystery Asteroid, he gained the ability to turn at will into a mass of animated crystal. He can turn wholly or partially into crystal, and shape himself as he wishes, from blob to humanoid.

Crandall has also devised a mean to interface his crystal brain directly with computers. He can thus harness the power of his special computer banks at the Mystery Mile to raise his intellect to even more stupendous levels. He calls this the “crystal clarity”, because it’s 1963.

From their uncanny mile-long high-tech base under Manhattan, these fantastic four challenge the unknown !

More prosaically, Mystery Inc. was born when American astronomers detected an asteroid on a million-years orbit heading for the Earth. Calculations showed that the chances for a catastrophe were low. But the asteroid would graze the Earth, giving humans an exciting chance at exploration for a short time.

A crew was assembled for this one-time mission — a scientist, an astronaut and two whiz-kid students- – and they landed on the mystery asteroid.

There, they discovered among other things an obviously artificial cavern. It led to a great room with four statues of alien gods and four circles drawn on the ground. When they each stepped in a circle, they were granted the ability to turn at will into superhuman forms.

Craig is, of course, the serious scientist with the huge vocabulary, perfect grammar and analytical mind.

He considers everything through the filter of science. Excluding, of course, his attraction toward Jeannie.

“The Maybe Machine ! That strange window into other possible worlds ! But what could he want here !?” 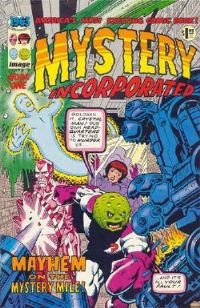 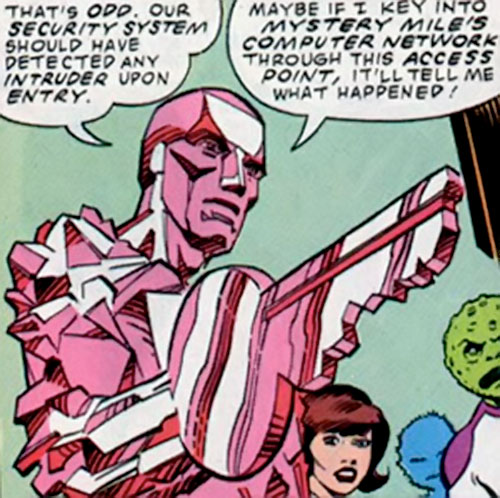 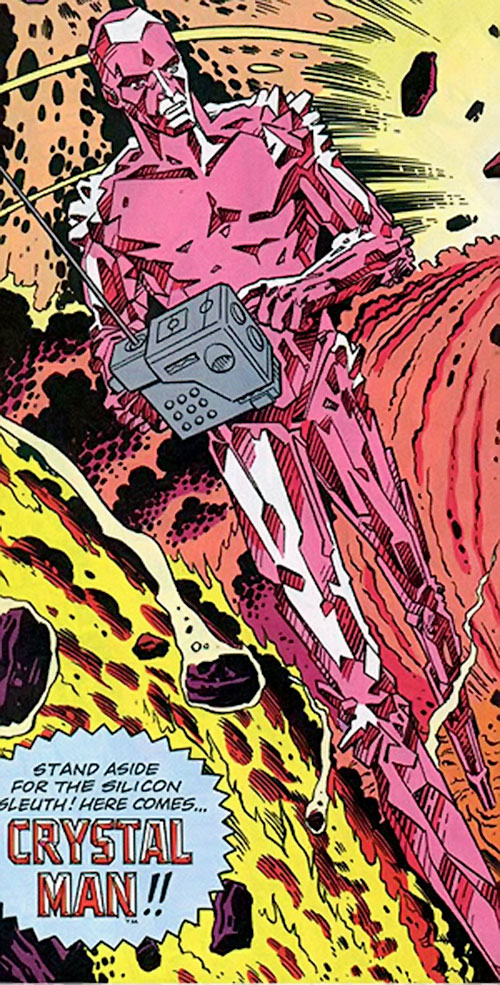 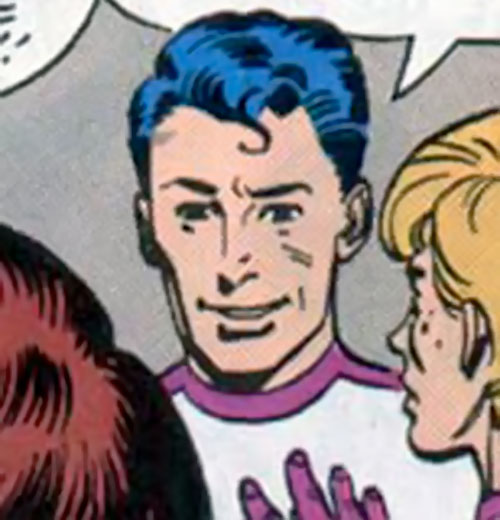