Cutter can emit an energy field that increases the cutting power of any blade she holds by a hundredfold. When this is active, her sword emits a fierce blue-white aura.

She can easily cut through large items. Cutter has also wounded people who are often assumed to be nigh-invulnerable.

Cutter and her sister are both OGs of the Wolf Gang. Apparently Hunter allowed them to escape from their father circa 1992.

Nothing else is known about what was happening at the Shanklin home, why the sisters wanted to leave and what prevented them from doing so. It has been stated by secondary sources that her father was abusive.

Cutter seems to be younger than Bomber, and to be fascinated by Hunter. She’s highly loyal toward him, to the point of siding with him against her sister.

She seems willing to kill with her blade.

(Raising her sword) “You want wing or drumstick ?”

Bonuses and Limitations:
Both Powers can only be applied to a held edged melee weapon. 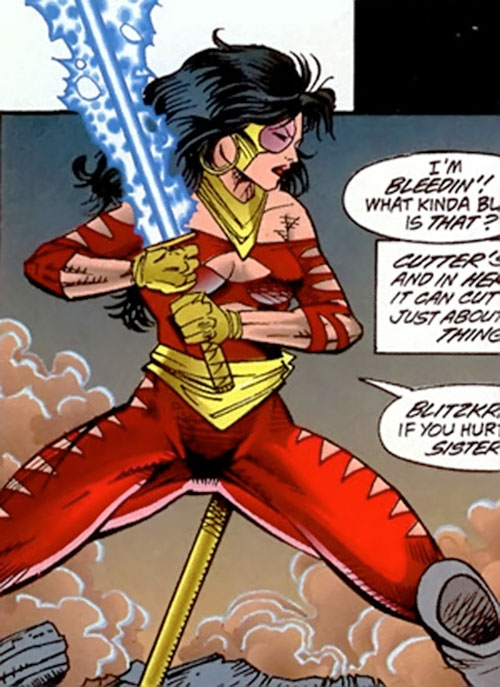 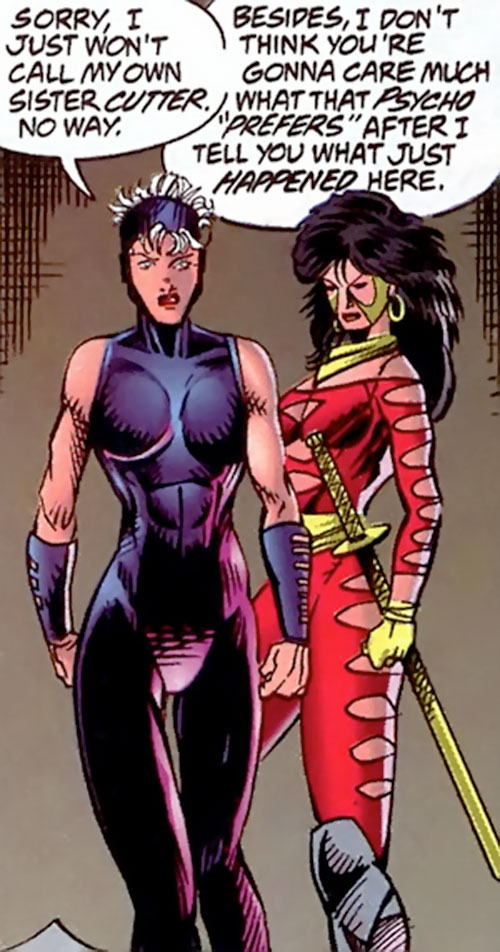