Cyborg is a hulking mass of man, metal and intricate circuitry. But he does not dwell on that at all – he’s more concerned with what’s in front of him.

His abilities and offensive attacks include:

He can also produce several different tools (a saw, a welding torch, a buffer, etc.) from his arms.

When Cyborg fought his darker self, he produced a second sonic cannon in his left arm. At one point, he installed a super-processor chip called the Maximum-7 to further increase his abilities, but an overload forced Robin to remove it.

It is hard for fans to tell which parts of his body are organic human parts. Many think his torso and head are authentic, yet it is often hard to tell. In the episode “Crash”, Beast Boy and Gizmo enter his body in microscopic form, and only synthetic parts are seen.

Cyborg’s greatest weakness in the series is his dependency on power sources to maintain not only his strength, but his very life.

It was revealed in a later episode, “The End Part 1”, that Cyborg can interface with Titans Tower and its security system. He draws energy from it and uses it to power two super powered Sonic Cannons that project from both arms. The power from these cannons appears to be much greater than his normal blasts. He uses these cannons to attack the then-immortal Slade and Trigon’s immortal army, but because of the immortality of his targets, the attack fails.

A devastating accident forced Cyborg to be rebuilt as a human/robot hybrid. Details are not available, as the tragedy of his origin was downplayed in the series, but were brought out as subplots to several episodes. 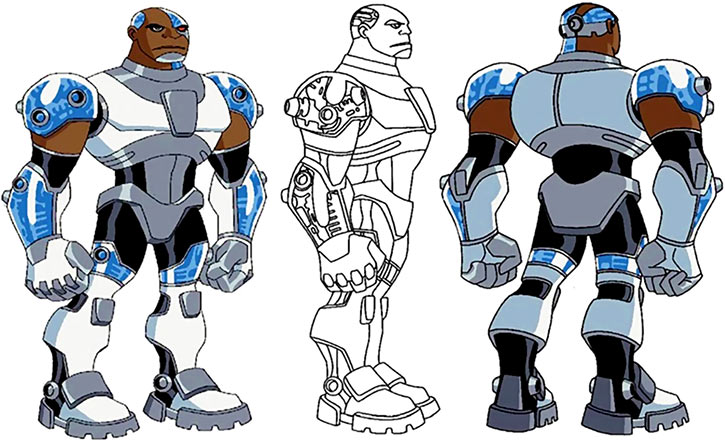 It is clear though that Cyborg’s present is what is important to the character, not his past, and his present is as a member of the Teen Titans, and being with his friends.

While he’s a powerful presence in showdowns with villains, Cyborg takes a lower profile back at Titans Tower. He loves hanging out with the other Titans, but he clearly spends a lot of time in the gym, too. Cyborg has a competitive relationship with his fellow Titan, Robin – which sometimes leads to clashes in leadership.

Cyborg sometimes has difficulty reconciling himself to his half-machine nature. He often feels he has lost something of himself in the conversion to cybernetic powerhouse.

Cyborg’s mettle was put to the test when he encountered Brother Blood, the evil leader of the Hive Academy. Cyborg was able to resist Brother Blood’s mind-controlling abilities when no other member of either Titans team could.

Cyborg proved himself an able leader when he guided Titans East through their stormy first days, molding a team out of a group of rampant individualists, and handing Brother Blood a devastating defeat.

Cyborg: “Man, how am I supposed to watch TV without the remote ?”
Raven: “Simple… you just get up, and change the channel.”
[Pause]
Cyborg: “Don’t even joke like that.”
Raven: “Urgh… I wasn’t joking.”
Cyborg: “Good. ‘Cause it’s not funny.”

[Cyborg is trying to pass as a student at the H.I.V.E. Academy]
Cyborg: “Mmmm ! Sloppy Joes ! Just like the mad scientist who created me used to make !”

[Trying to persuade Raven to play volleyball]
“C’mon Raven… play with us.” (removes arm and waves it at her) “I’ll play with one hand behind my back !”

The few remaining survivors of the Technis race reconstructed their planet in another part of the galaxy. Although they had survived, the inherent problem which had caused them to assimilate Victor Stone in the first place (the lack of a human soul) remained.

They decided to create the next best thing, and using a small amount of Stone’s genetic material made a technorganic clone, which they rapidly aged to maturity.

The finished result was not what they were expecting, however, as the the laid-back, fun-loving clone was completely unlike its original in personality. The clone soon began to express a deep loneliness, which was augmented when it began having highly stylized dreams of Cyborg’s adventures with the original Titans.

Although at first tempted to scrap this failed experiment, the Technis found in themselves a peculiar aversion to doing so. The thought of wiping out this creature they had created filled them with inexplicable negative emotions.

In conceiving and raising a child (albeit in a very unconventional way), the Technis realized that they had learned more about humanity that they had ever expected.

I think I’m a clone now

Unable to bring themselves to destroy the clone, and yet unable to provide him the life he deserved, the Technis decided to take him to Earth. They put him to sleep, wiped all memory of their existence from the clone’s mind, and instead fabricated an elaborate memory of a normal Earth childhood (based very loosely off of what they retained of Victor Stone’s original memories)

In this narrative it had been ripped apart by an accident that killed his parents and had forced him to undergo a cyberization process which also affected his memory (thus accounting for the gaps which the Technis could not fill). They also placed, as the most recent memory, the technoclone running low on energy and thus passing out.

The Technis sent a small fleet to Earth, which managed to slip by the JLA’s observation long enough to place the clone outside a large metropolitan hospital. Leaving the planet, they were confronted by the JLa and initiated a battle in which they were destroyed, all so that they could cover up what their true agenda had been.

Awakening in the hospital, the clone chalked up his inability to remember the last several months to having run out of power and thus suffering another memory glitch.

Remaining in Jump City, he has put his talents to use as an engineer, as well as pursuing a public superheroic career. He uses the name “Cyborg”, because it just feels right, but has yet to meet his forebear.

Cyborg possesses both a human brain and integrated computer circuitry that makes him vulnerable both to attacks that affect the mind and those specifically effective against computers. Cyborg is NOT immune to disease, poison (Poison Touch), and attacks that induce sleep. (In the case of Poison Touch, his human parts can be targeted fairly easily with a Trick Shot).

Cyborg does need food (and apparently LOTS of it) and sleep (as his mechanical parts need a recharge), and does age conventionally (As seen when Starfire was accidentally thrown into the future). He also needs to breathe. 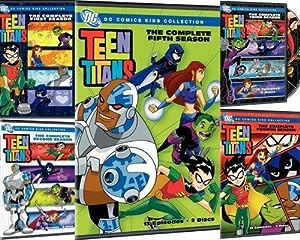 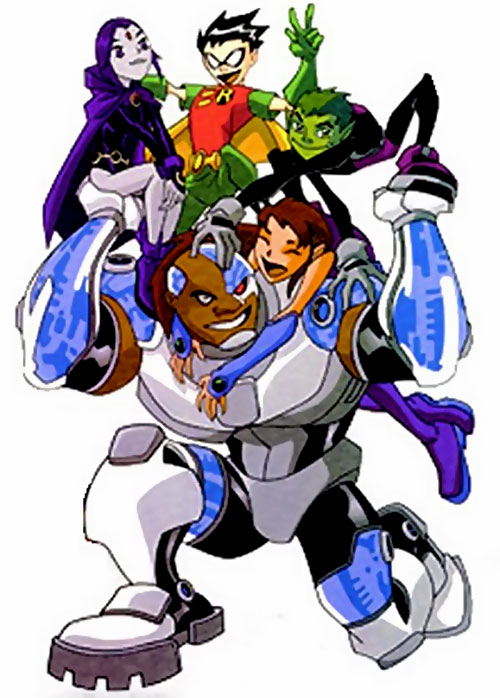 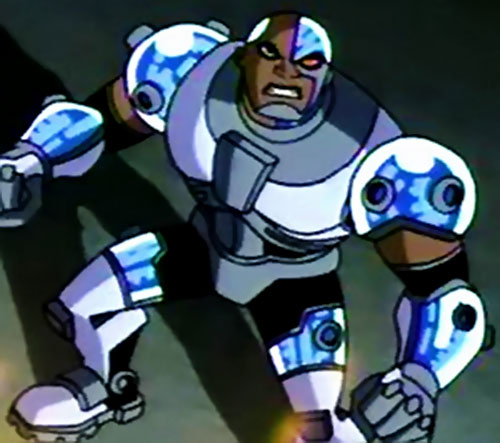