Cypher had the ability to translate and to communicate in any language, spoken or written ; he’s also a computer genius.

Other than that he was completely ordinary in every way. Though he demonstrated an extraordinary knack for getting out of the way of trouble.

Douglas Ramsey was a teenage friend of Katherine Pryde, who, as the mutant Ariel, was a member of the hero team X-Men. Ramsey had shared Pryde’s interest in computers and video games, and they had become close friends.

Both Professor Xavier and Emma Frost, the White Queen of the criminal organization Hellfire Club, learned that Ramsey was also a mutant. Frost offered Ramsey a scholarship to her Massachusetts Academy. She hoped to induct him into the Hellions, the team of adolescent mutants which she trained there to serve the Hellfire Club’s secret criminal purposes.

Ramsey went to the Massachusetts Academy with Pryde for his final admissions interview. Pryde, suspicious of the Academy, was captured by the White Queen. She had to be rescued by the New Mutants. Ramsey left with Pryde and ended up going to Xavier’s School for Gifted Youngsters, instead.

Ramsey developed friendships with the other students of the School. He did not realize that they maintained secret identities and superhero careers as the New Mutants. However, when the techno-organic alien known as Warlock arrived and found himself battling the New Mutants, the heroes summoned Ramsey and revealed their identities.

Ramsey succeeded in using his powers to communicate with Warlock. Shortly afterwards both Ramsey and Warlock became members of the New Mutants, with Ramsey adopting the code-name Cypher.

Ramsey occasionally adventured with the New Mutants for some time, although he often felt out of place due to the purely intellectual nature of his mutant power. Eventually, he developed a hybrid relationship with the alien Warlock to allow him to join in more action.

Unfortunately, however, on an unsanctioned adventure to save the Ani-mates (the bio-engineered society of the New Mutant’s friend Bird-Brain), Ramsey was shot dead by the evil scientist and creator of the Ani-mates, the Ani-mator.

Cypher was your average kid-next-door with blond hair and blue eyes. For most of his career he wore the standard New Mutants black and gold uniform.

Cypher was a very normal kid, with no major personality quirks. Still he was extremely loyal to his friends, to the extent of putting himself in harm’s way to help them.

He often worried about not pulling his own weight. He was killed shielding his teammate Wolfsbane (Rahne Sinclair) from being shot in the back by an enemy, sacrificing himself without hesitation.

It needs to be noted that Doug’s response to his DC Heroes RPG Irrational Attraction is non-standard. He almost never will attempt to roll to avoid his MIA, instead preemptively often jumping in to do something he hopes will be useful, even if it is stupid and risky.

“It’s instructions on how to use the machine… But its written language, not spoken… It’ll take time to translate.”

Doug Ramsey was a young genius who was developing a reputation as the best programmer available. This was a result of his metahuman power to assimilate other languages, including computer languages. As an intern at STAR Labs, he met the Titans and assisted them when Cyborg (Vic Stone) was infected by a computer virus.

Brother Blood tried to induct Ramsey into the Church of Blood, but was saved by the Titans. He has since grown very close to Vic “Cyborg” Stone, and has a friendly rivalry with Stone’s other close friend Gar “Changeling” Logan. As ’Cypher‘ Doug became the Titan’s unofficial/official majordomo and computer specialist.

Bonuses and Limitations:
Comprehend Languages works vs any language at all, spoken or written, even Binary (+1) ; also see below.

Cypher did show some difficulty initially translating written languages (“Steal this Planet”, New Mutants Annual #1). IIRC the only time he was shown to be Translating written communication. This can be demonstrated by having the GM impose a +1CS penalty to OV/RV vs Written Communication.

This Bonus/Limitation combo effectively cancels each other out (-1, +1), and is already taken into account in the pricing of the Comprehend Languages Power.

It has been said, tho not demonstrated in-panel, that Cypher retains each language he assimilates permanently (I’m not sure how you’d show that, anyway…). There currently is no mechanic for that, save for him to purchase each language as a separate Advantage. Under current Advancement Rules, he must spend 10 HP to Speak a Single Language, or 25 to have the full Speak/Read/Write package.

It would be up to the Player to determine whether or not he wishes to go this route. 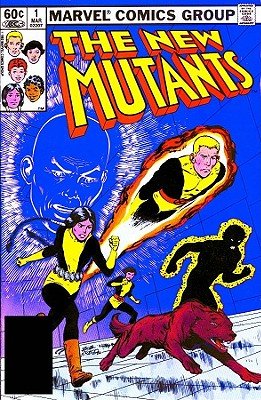