This character appears in the novel Stoneweaver , by our contributor Gareth Lewis.

This profile represents Danath at the beginning of the story, just after the Prologue, to avoid spoilers as much as possible.

What is the novel about ? Well, read on…

A trained fighter, Danath is in good condition.

He probably still has the thievery skills which allowed him survive his youth. Although these could be a bit rusty by now.

He also has the gift of Stoneweaving. This allows him to use certain gemstones to animate various substances with such skill that he became champion duellist of his home city. See the game stats section for a detailed discussion of stoneweaving and stonefighting.

The world flooded, with only the highest peaks now rising from the water. Civilisation survived on waterborne cities, which quickly became ruled by tyrannous bosses. These conserved resources by regular Cleansings, where the poor were sold into slavery. They would become miners, working for Lord Narvon.

The great sorceries were lost during the Floods. That left only Stoneweaving, although much knowledge of that was also lost. So now it’s little more than a blunt weapon, and those in charge make sure the Stoneweavers in their domains serve them, or meet abrupt ends.

Born to slaves he never knew, Danath was a mine orphan. He was one of the children shipped back to the cities to be housed in their orphanages.

He was sent to Melmyrn, where he became close with fellow mine orphans, the sisters Andira and Syssarra. The three grew to become a pickpocket team, the only option they had to buy a little relief from their situation until old enough to work.

Danath showed a talent for pick-pocketing, while Andira was their spotter, and Syssarra the distraction.

He was in his late teens when Thortus’ (the unofficial boss of Melmyrn) regular testing of the orphans discovered his Stoneweaving abilities. Danath was pressed into service. Andira, hating the bosses with a passion, urged him to refuse. But he was pragmatic enough to know he had little chance of surviving such a refusal.

This drove a wedge between them, as Andira never forgave him for the betrayal. Syssarra shared a degree of her sister’s feelings towards those in authority. But by this point she and Danath were involved, so she settled for constantly trying to convince him to rebel.

Beginning his training, Danath showed a distinct aptitude for Stoneweaving. He eventually succeeded Elgren as Thortus’ champion when Elgren retired. That was the city’s top Stoneweaver becomes the boss’ champion, serving as part of their entourage.

Working for Thortus means he must occasionally intimidate those balking at the way of things, and sometimes more than that. But that’s just the way the world is.

For duelling he usually wears loose-fitting trousers and a long sleeved vest, usually grey. Otherwise he’ll often have a splash of colour in his clothes. It’s from the more expensive dyes rather than the cheaper feather decorations, although there’s only so much money he’ll spend on clothes.

Relaxed and cheerfully lazy, Danath tries to take a mercenary approach to everything. He isn’t easily riled into anything as tiring as anger.

While he enjoys duelling, whether with stones or words, he’s loathed to give up his leisure time for training. The main exception is learning new Stoneweaving tricks, an obsession of his. He labours only when forced, or really bored.

Danath isn’t comfortable with the way society runs. But he’s pragmatic enough to realise that overthrowing Thortus wouldn’t change the limited resources available. And that the lack of Cleansings could well lead to people fighting for food.

So as bad as things are, he can’t see a way out of it. So he’ll let others bear that burden, while he focuses on looking after himself, and maintaining his comfortable lifestyle.

Most people are wary around Stoneweavers, an attitude Thortus fosters to maintain his power. And there always tends to be a wary distance between the Stoneweavers themselves, always sizing each other up, which is also fostered by Thortus. So Danath’s only close friends are Syssarra and Farnal, another Stoneweaver, who’s more of an artisan than a Stonefighter.

Syssarra: “Of course. I keep forgetting I’m in the presence of the greatest Stoneweaver to ever grace the…”
Danath: “Stonefighter, please. Stoneweaver makes it sound like I actually work for a living.”

Danath: “So are you a Stonefighter, or do you just like carrying around a bag of precious gems ?”
Kreddick: “Oh, those. I dabble a bit, but I’d hardly call myself a Stonefighter.”
Danath: “Oh, I’m sure you’re just being modest. We should really spar sometime.”
Kreddick: “I don’t spar.”
Danath: “Then we should fight.”

Farnal: “Are you sure you don’t have anything else to be doing at the moment ? You know, training or something ?”
Danath: “You can’t improve on perfection.”
Farnal: “Or train fish to climb stairs.”
Danath: “You want a duel ? C’mon, right now. Weapon of your choice.”
Farnal: “Hard work.”
Danath: “That’s just cheating. You know it makes me nauseous. It’s all I can do to watch you right now.”
Farnal “Well don’t let me keep you if you feel you need to leave.”
Danath: “And abandon you to suffer this, this… labour, alone ? What kind of friend would I be ? No, we’ll endure this together. You missed a bit back there.”

“Don’t go on about what I should be doing, or what’s right. I’m a mercenary. I take care of myself, and serve whoever’s paying me. I’m not responsible to anyone else, or for anyone else. If you have a problem with that, then you have the problem.”

Bonuses and Limitations:
Occultist (Ritual Magic) only works with Stoneweaving (-1, see below).

All that remains of the old magic, Stoneweaving allows those born with an affinity for it to animate certain substances. But only if they know the correct gemstone and base word.

Active gemstones may be deactivated by another Stoneweaver touching them and using the activation word. For this reason, Stoneweavers may hide the stone within the animated material, to protect against theft.

No substance which maintains an animated shape may be later animated while already containing a gemstone which previously animated it, even if the original animation is no longer in effect.

There are three (known) suffixes allowing for varying degrees of control over the substances animated.

Unless the character has a Familiarity with Stoneweaving the appropriate substance, they suffer an unskilled use penalty to the attempt. So most don’t try new rituals while they have other substances animated).

If animating avatars, they’re controlled by the Stoneweaver’s Accuracy (Stoneweaving) Skill (which is Mental). This replaces their DEX.

Some may also be worn by the character as a kind of armour. In this case the character’s DEX is used rather than Accuracy (Stoneweaving), and the avatar is treated as a vehicle with Hardened Defenses which protect the character from damage. They are often reshaped to create weapons for the character to wield (Omni-Arm).

Stoneweaving gemstones can be treated as BODY 05 objects for attacking. They also have 08 APs of Miniaturization.

The amount of the substance manipulated is generally up to twice the volume of the Stoneweaver (3 AP), depending on their skill.

Larger amounts may be manipulated, causing more of a strain. For each extra AP of volume the OV/RV for the initial casting increases by an AP, and the Stoneweaver’s Accuracy (Stoneweaving) is reduced by an AP. Smaller amounts can be manipulated with no strain.

Maintaining animations requires line of sight to see exactly what the avatar is doing. Otherwise treat the attack as being in darkness, giving the defender a +2CS to their OV. Over long distances (up to APs of animating Power) they can require more effort to maintain. Thus, APs of Accuracy (Stoneweaving) are decreased by one AP for each extra AP of distance.

The AP levels of Ritual Powers may vary according to Stoneweaver, as each is proficient in different areas. All Powers would have a Stoneweaver Bonus of +2FC, broken down as follows.

The more capable Stoneweavers can maintain more than one animation active at a time. But this can reduce their effectiveness with them.

Using the -duor suffix, animations can be given a set of commands at the time of their animations. It may need to be performed immediately or may only come into effect once a given set of conditions activates them, either once or repeatedly.

The casting suffers a penalty to the OV/RV of the Occultist (Ritual Magic) check dependant on the difficulty of the task.

A blue-green, opaque gemstone. It allows the animation of any worked or unworked metal, or substances composed of at least 75% metal (even if containing different metals).

It’s the most common type of animated armour used for duelling, as it allows for more fluid movement (once the Stoneweaver has learned how to synchronize their movements and control of the substance), although it can prove tiring after a while. After control has ceased, the metal retains its altered shape.

A dark red translucent gemstone. It allows the Stoneweaver to animate stone and soil.

Stone is best for wearing as armour, although a thick layer is generally needed to allow for wear at the joints. Moving in the weight requires training and concentration, and many wear a layer of soil on the inside of their stone armour to cushion against impact with the armour.

After control has ceased, stone will stay in the form it’s been set in, while soil will vary according to its strength, with most crumbling away. If control is lost while shaping stone, it often just crumbles away.

While more solid types of vegetation, such as wood, can be formed into avatars (Earth Animation), all plants can be moved to some degree. Wood tends to splinter too easily to be of much use as armour. After control has ceased, the plants don’t return to their original form.

While animated, the fire doesn’t need any other fuel source. But it does still need air and will burn stuff it comes into contact with, starting incidental fires over which the Stoneweaver has no control. After control has ceased, the fire will continue to burn as long as it has a fuel source.

The base word is “Thir”.

Casual fights among Stoneweavers would be a dangerous proposition in the crowded cities. Therefore formalised duels were established to settle grievances, or just for entertainment. Fighting outside of duels is strongly frowned upon by those in charge.

Duels performed for entertainment are often used as means of ranking the Stoneweavers. It’s also a way for them to earn money, with spectators at such matches paying a fee. Proceeds are split among the Stoneweavers, two-thirds to the winner. Such duels aren’t to the death, barring accidents.

Proper duels are often to settle grievances. It’s usually established beforehand whether they’ll be to the death. If not formally established then it’s the winner’s decision. Spectators are not usually charged.

There are areas set aside for duels, usually in an open public space, and a few rules govern them.

It’s traditional for the winner to take the loser’s gemstone (provided it hasn’t been destroyed) and the base word if they’re unfamiliar with it (and if their opponent is still alive to give it).

I’d considered giving the Power to the stones, then giving him a Ritual to activate them. But since different Stoneweavers have different levels for the Powers, it makes more sense to assign the Powers for a stone to Rituals. 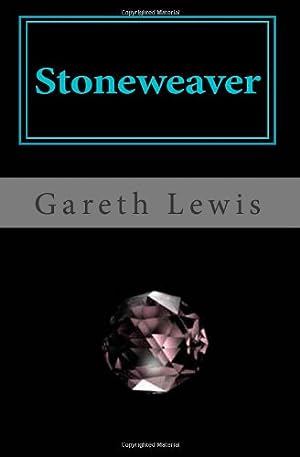