This movie was inadvertently part of a curious wave of thematically-linked late 1990s films — The Thirteenth Floor, The Matrix, Memento and The Truman Show — about P.K. Dick-like unreliable, faked realities. I loved these. Inception was an inheritor to this wave.

The reviews were solid, and would almost certainly be even better nowadays. But it wasn’t a commercial success, and it was overshadowed by The Matrix some months after it was released. Monde de merde.

“Murdoch”, while he looks ordinary, is gifted – both mentally and physically. His sheer willpower and deductive abilities are impressive, and he’s able to act rationally and efficiently in times of extreme stress.

These abilities seem to come quite naturally to him. Likewise, he instinctively reacts to danger in the right way and learned to spontaneously use his powers.

“John Murdoch” awakens in a strange hotel room, not knowing whom he is or how he got there. But people know his name, and he soon learns that he also has a wife… and is wanted for a series of brutal murders. He is pursued by “Detective Bumstead”. But his real fear lies in his other hunters, the so-called Strangers.

As he quickly realizes, they are not bound by the state of being that humans are. They can fly, use telekinesis, and change the city to whatever they please.

They are after him for a reason. As a suspicious doctor tells him, he has awakened from their dream world, and has the ability to harness the same powers that they do. He is a threat to their already dying race, but his questions still lay unanswered…

Why does the whole city fall asleep simultaneously ? Why can he never get out of the city ? And why is it never daytime ?

What sets him apart are his feverish eyes and somewhat frequent bursts of intensiveness.

“Murdoch” is highly intelligent and, given the circumstances, quite collected.

He is mostly about integrity and willpower. Refusal of being manipulated, refusal that his love for “Emma” might be fabricated, refusal that the parts of his past and memories he *knows* are true cannot be remembered. He knows that he thinks, and therefore he is. This Cartesian ethos can ultimately overcome any sort of deception and reality manipulation.

Even hunted by an unknown agency in a rigged world, “Murdoch” remains in control of the situation. He hides his status (as an amnesiac, as someone who understands the truth, or as a man who can tune) to keep his cards close to his chest. He acts reasonably paranoid and, as soon as he understood what the Strangers are about, commits himself to killing them without remorse or pity.

In fact, if “Murdoch”, despite his powerful intellect, assumed wrongly, it is probable that he would carry his mistake to the bitter end unless proved wrong.

“When was the last time you remember doing something during the day ?And I’m not talking about some half-forgotten childhood memory, I mean like yesterday. Last week.”

“I was just thinking, what you do seems kind of dangerous right now. I mean, how do you know I’m not the killer ?”

Dark City is self-contained – introducing the heroes in the City, or encountering the Dark City after “Murdoch’s” ascension might not be too fruitful.

However, the very synopsis of Dark City is very interesting for a RPG. Scenarios involving amnesia and/or an inherent “wrongness” in the world are cool (see the Ship of fools scenario/book/RPG if you are interested, or the Riverworld environment among many others).

Either you start a campaign that way (PCs, without a character sheet, wake up without a clue) – or you *change* campaigns that way, by accumulating details that the campaign world is “wrong” and is but a shell over a more sinister reality that will be the new campaign.

Alternatively, you could use a variant of “Murdoch” – gone wrong. The man foils a sinister conspiracy over reality due to his intelligence and willpower, but like some revolutionaries starts turning worse than his predecessors. What will the PCs do against an heroic tyrant who can control reality ? Do mental ability, clarity of purpose and power corrupt ? 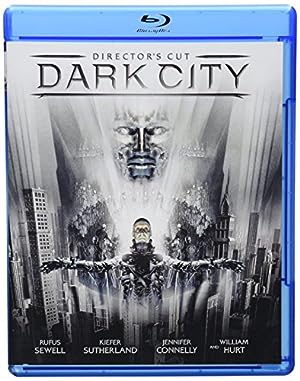 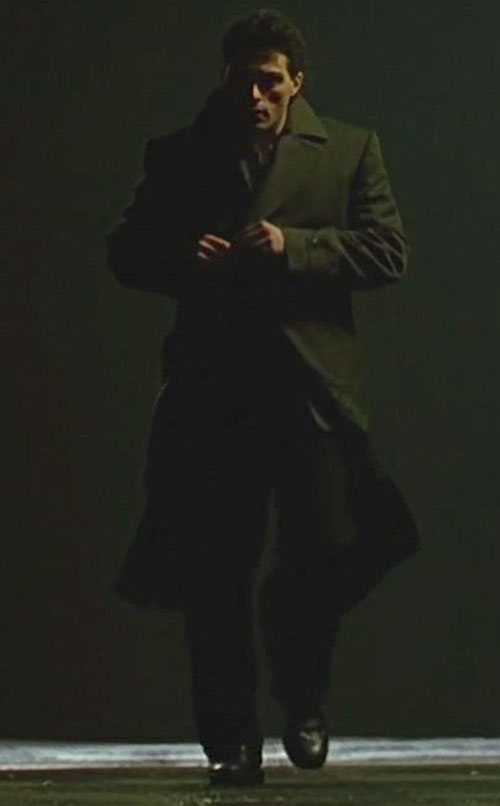