Darkfire herself is a highly trained operative and an accomplished scientist.

The Mental Helmet allows her to create mental and visual illusions as well as attack, read and control minds. She can also form solid objects out of mental energy. Her power is quite impressive, including the mental illusion of an entire building real enough to fool Ms. Victory herself.

Vanessa Cord was a special operative of terrorist organization QUANSA. She led an elite group of female mercenaries (the Valkyrie Unit). All the time she worked for QUANSA, she was searching for the Menta Helmet. She intended to use it to become the most powerful woman in the world.

She finally found the helmet and used it to gain revenge against an old enemy. However, her opponent managed to rig the helmet so that it backfired when Vanessa tried to use it. It shut down her mind.

For eight years she remained in a coma, finally waking in time to fight in the Shroud War.

As a result of her service during the war, she received a pardon from the US government. Cord thus went to work as an undercover agent for General Gordon, infiltrating the League of Alternate Science/ The LAS was a group of evil geniuses intent on revenge against members of the Sentinels of Justice.

Even though she accepted the Traveler’s offer to join the Fearforce, she still apparently is loyal to General Gordon. Cord continues on her mission for him.

She managed to avoid capture when the Femforce finally defeated the Fearforce. Darkfire was last seen helping Proxima and Valkrya escape from captivity as well.

Darkfire is a red-headed knockout. She wears a red body suit with orange gloves, boots, and belt. She has an open-square neck down to her breasts, with two orange straps horizontal across it. The Mental Helmet is silver with a green face mask.

It’s hard to know where Darkfire stands at any given time. She was originally one of the best spies around, until her thirst for power led her astray. She’s supposedly reformed and working for the government now. However, she joined Fearforce without a second thought and helped them almost destroy the world by freeing Capricorn.

While she can seem like the nicest person you’ve ever met, deep down she is cold, calculating, and manipulative. She always, ALWAYS, has a hidden agenda of her own no matter what or who she’s working with.

“Fools ! With my Menta Helmet I am unstoppable !”

Darkfire is basically the Mento of the AC Universe. Imagine Steve Dayton’s power in the hands of a ruthless, manipulative intelligence operative with a lust for power, and you’ve got Darkfire. If using her in the DCU, you could easily introduce her by having her find the Mento Helmet.

If you’re using Femforce, then Fearforce drops into place pretty easily since all the members’ backgrounds relate to Femforce members. If not, you could still use Fearforce as a textbook example of how to build a really effective supervillain team.

It’s got raw brute strength (Rad, Valkyra, and Krone), tactical genius (Proxima), mental abilities (Darkfire), and magic (Gorganna). Though there more than a few personality clashes in the group, when they’re all on the same page they can wipe the floor with just about anyone. 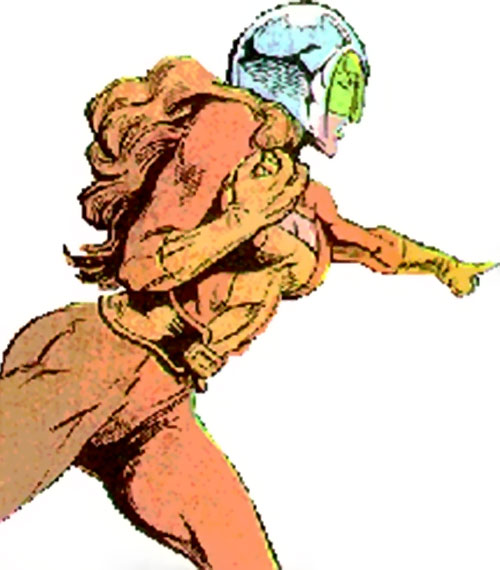 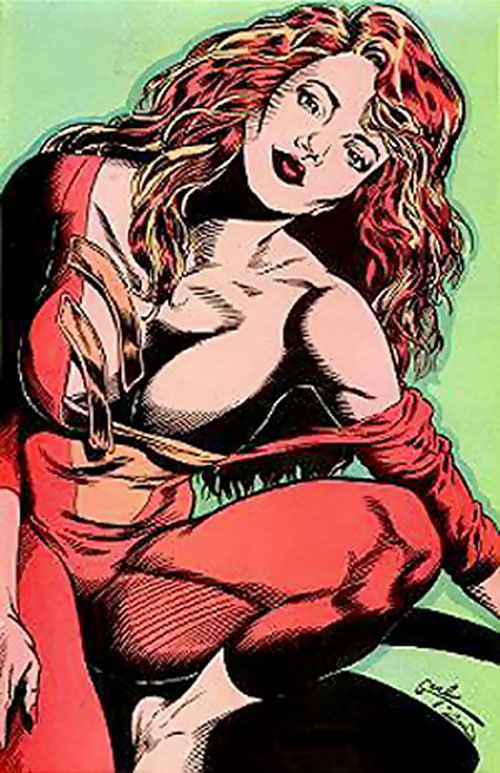