Vale was a first year chemistry and physics student and as such had limited knowledge within the natural sciences.

After receiving his costume and gun from the Carrion Vale became quite skilled a combatant, although extremely inexperienced. He was good enough, however, to hold his own against the White Tiger for a long time.

The supervillain called the Jackal, master of cloning, had left a clone of himself to grow in a clone-casket. This was a safety measure in case he would die during his next encounter with Spider-Man (Peter Parker). Warren did indeed die and the clone-casket malfunctioned and super-aged the clone into death – and beyond.

During this period, first year student Randy Vale at the E.S.U. in New York City happened to enter the secret laboratory containing the clone-casket. He opened it, and what emerged was the evil known as the Carrion.

The Carrion realized that his revenge against Spider-Man (for the death of the Jackal and Gwen Stacy) would be easier to plan with aid. It thus offered Vale power in exchange for his help. Of course, Vale would be slain if he didn’t take the offer.

Soon the Carrion constructed a costume for the Vale. That allowed him to adopt the supervillain identity of Darter. This power, the Carrion promised, was only the beginning. Vale would eventually get the powers of Spider-Man himself once Spider-Man was defeated. Interestingly, the Carrion never trusted Darter enough to reveal Spider-Man’s true identity to him.

When the Carrion set his plans into action it was up to Darter to see that no one would interfere. That resulted in a battle with martial arts hero the White Tiger (Hector Ayala). Darter stalled the White Tiger long enough to keep him out of Carrion’s and Spider-Man’s battle.

The Carrion eventually defeated Spider-Man and left with him as a prisoner for his lab. But he also left an unconscious Darter behind to be found by the police. When Darter woke up he realized that Carrion had betrayed him and that he wouldn’t carry out his promise. Thus, he decided to follow the Carrion to the lab and destroy him in revenge.

Darter had no chance at all against the Carrion. Carrion horribly killed him by using his dreaded Red Dust leaving only a skeleton behind.

Vale was a young man with black hair and brown eyes. He dressed nicely.

As Darter he flew around with confidence. Darter carried a full body costume in green and yellow with a purple belt with holster, purple boots, yellow gloves and a green helmet with purple visors. He used yellow bands stretched between his arms and legs to navigate in air. In the holster was kept the powerful Stun Gun.

Vale was threatened into being Darter, but soon adapted into the role. Vale himself, appeared to be a nice and ambitious student. As Darter Vale was more confident while trying to carry out the task at hand.

A strong reason for succeeding in the given mission was that he didn’t want the Carrion to be mad at him for having failed him. The Carrion deeply terrified Vale, who often stuttered while being in his vicinity.

However, Vale, while inexperienced as a villain, tried his best to carry out orders so that he would get Spider-Man’s powers and be a free man again. Inexperience, however, often means that you can be tricked easily.

Well, Darter ain’t powerful. Wherever the Carrion I is Darter is sure to follow, so if you use Carrion Darter will be right with you. Since Darter is very inexperienced he might be out “trying his wings” and accidentally meet a player’s heroic character.

Darter can also be used as a template for a low-level henchman or mercenary villain when you need one, esp. in a hurry.

Connections:
The Carrion I (Low). 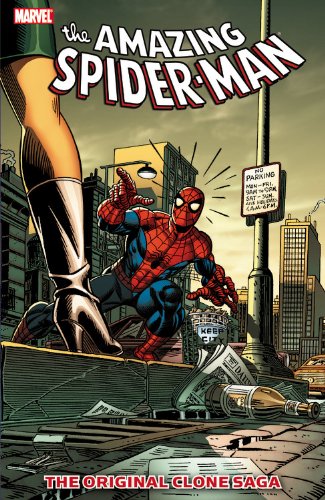