Dava is an excellent martial artist. She’s nearly on the level of Robin (Tim Drake).

Dava specialises in techniques designed to put an opponent down in a single blow – the whispering hand, the scalpel, the wave and shore, etc.

Dava knows the secret of the extremely rare Aramilla plant, which grows high in the Transbelvian Alps. Properly prepared, an Aramilla infusion confers superhuman speed. This effect is tremendous – enough to effortlessly defeat large numbers of armed men. Once under the influence of Aramilla, Robin could easily defeat Lady Shiva and even appeared to kill her.

Subjects infused with Aramilla can apparently come back from the clinically dead, if they are infused at the time of the wound or very shortly after. In any case, they’ll recuperate with great speed.

A person with Aramilla in their system can share their power with another by exchanging breath and, presumably body fluids. Dava did so by kissing Robin, and Robin did so when applying mouth to mouth first aid to Lady Shiva.

Since the Transbelvian guerilla weren’t using Aramilla, there must be prerequisites to take the herb. One hypothesis is that the infusion requires exceptional fitness and breath control techniques. These are attributes shared by Dava, Lady Shiva and Robin.

Another secondary effect is the powerful high of Aramilla. It makes the user feel on fire, ecstatic and prone to killing others.

Transbelvia is a DCU equivalent to former Yugoslavia. It was torn by a terrible civil war in the early 1990s. The following years were dominated by low-intensity conflict and great struggles. Dava Sbörsc, a Transbelvian teenager, was born on the losing side of the war. She was part of the weaker ethnic group.

Dava is her ethnicity’s super-weapon. She knows the secret of the Aramilla herb, which can empower her with superhuman speed.

Get to France, Dava queen of chance

The lass has been working hard to make the most out of that gift. She will often leave Transbelvia to go study martial arts techniques around the world. She focuses on one-shot, one-kill techniques as she can chain them at a superhuman pace to devastate many enemies.

Her people being destitute, Dava often travels as a clandestine passenger.

She made one such trip when going to France, slipping inside a cargo headed to Marseilles. The boat was carrying tonnes of weapons which were to be sold to the other Transbelvian faction. When Dava was discovered near Marseilles, she killed the entire crew, dumped the weapons into the sea and swam to shore.

From then she went to Paris. Her goal was to learn the whispering hand technique in one of the city’s martial arts schools. During those studies, she met Robin, who had also come to study under Parisian masters.

Dava learned the whispering hands technique in but a few days, then left for her homeland to resume the struggle. However, her actions on the boat had attracted the attention of Lady Shiva, due tot he use of so many instant take-down techniques. She followed Dava’s trail to Paris. Though she missed Sbörsc by a day, Shiva challenged and killed the sensei – the Legless Master.

Robin realised that Dava was marked for death. He was also driven by guilt over a previous death he had been unable to prevent. Therefore, Robin followed Dava to Transbelvia to warn her. He managed to find her, but quickly understood she wasn’t about to change her plans and abandon the struggle.

Tim reluctantly went along with Dava on a killing mission against a Transbelvian general and mass murderer. The young man was unsure of what to do.

Once the mission started, Robin discovered that Dava had access to superhuman abilities. She kissed him to infuse him with the same powers. They easily thrashed the small army protecting the general. The officer fled, but accidentally died due to a booby trap he had set to kill another man.

Shiva then found them, and Robin jumped in to prevent one from killing the other. With his movements greatly enhanced by Aramilla, Robin easily defeated Shiva. Misjudging the power of his super-speed blows, he seemed to accidentally kill her.

Desperate to save her life, he attempted mouth-to-mouth. This infused Shiva with the Aramilla power. Shiva revived and rushed to slaughter all soldiers present due to the Aramilla rage. Robin then got Dava (who had been hit by a lucky bullet) away from the carnage.

Understanding there was nothing he could do in that war, Mr. Drake left Ms. Sbörsc to go back to Gotham.

When she is “in costume”, Dava has a dark band painted on her upper face, a bit like Pris in Blade Runner.

Dava has taken a lot of Aramilla. Although she only demonstrates super-speed in actual combat, she always has a scent of aramilla. This is a pleasant and distinctive perfume that evokes vanilla. The nice smell is most concentrated in her breath.

Dava is a war child, a teenager that was raised in a civil war amidst daily killings and atrocities. She is a passionate nationalist, grimly struggling for her folk and rationalising any atrocities as self-defence. She never hesitates to kill.

Sbörsc hates being away from the battlefield for too long when she studies abroad. She feels responsible for everything that happens when she’s not there.

Dava comes across as a serious, intense, hard person despite being just a teenager. She greatly enjoys the raw sensuality and rush of Aramilla highs, making her wild and uninhibited in both love and war when it kicks in. She feels immortal when experiencing those highs.

“This is a dirty war. We are defending ourselves.”

“I am Dava Sbörsc. I am a weapon forged in the blood of the innocents you have slaughtered.”

Note:
Although Dava’s Martial Artist subskills are at different AP levels, she uses her Martial Arts in the normal way – only one substitution per Phase.

Advantages:
Iron nerves, Language (Belvosc, a Transbelvian dialect – and presumably standard Transbelvian), Rank (equivalent to a Captain in the militia).

Drawbacks:
SIA toward the cause. 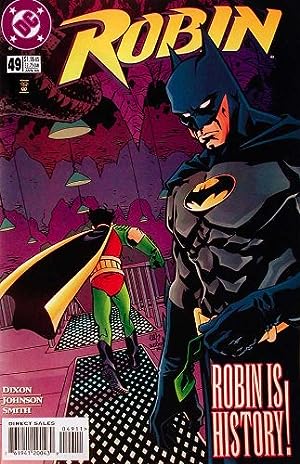