Davenport can fly, and rip a car in two with his bare hands.

Davenport, successful businessman, was also secretly an ultra . During the years, he found others of his ilk – who had hidden their powers and used them to become wealthy.

They started a private club under Davenport’s leadership. This club had strong social Darwinist beliefs ultras were superior to humans, and their wealth was a proof of that. They were above laws and morals, and the ultimate pleasure was theirs.

Under Davenport’s leadership, they established a sort of castle in a remote corner of California, among large private grounds. They started to capture men and hunt them to death near the castle, so as to enjoy the ultimate hunt. They would eat their prey afterwards, braving taboos and reaffirming their place at the top of the evolutionary chain.

In 1993, the future wife of one of the victims paid Firearm to find her future husband. Swan made quick headway in his investigation. One of the hunters and several gunmen were dispatched to kill him – all ended up dead.

Davenport and one of his cohorts managed to capture Swan later, and made him the subject of their next hunt.

Swan killed three ultras during the hunt before disappearing. He then took the castle by storm, killing all members of the club but one, plus several hired staff members. Davenport was the last person he killed during that case.

Davenport saw himself as a visionary great man. He felt unbound by morals and with superior beliefs and abilities.

He was quite overconfident.

“Our fallen brothers knew that, believe me. They knew and they reveled in it…the excitement of the matador’s risk and the hunter’s peril. The sport of they and we. Risking all. Of course, our ultra-powers give us a slight advantage. But that’s by the by.” 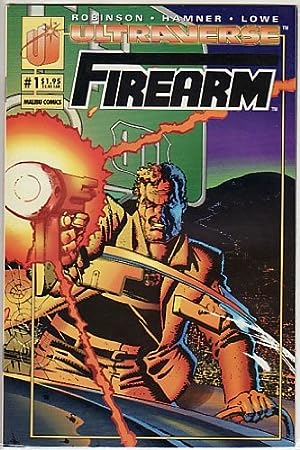