The Dawn Man is huge and ferocious, but seems presapient.

However, he’s good at understanding non-verbal communication. It seems likely he’s from before the invention of proper language.

He appears to be superhumanly strong. He could force open the back door of a paddy wagon, making it fly with one blow. This likely requires “Class 2” strength.

The Dawn Man likely is some sort of metahuman. This would explain how he could be revived, his strength, his ability not to drop dead within hours from modern viruses, etc..

Given the shape of his incisors he could even be a very early form of vampire, albeit one with little in common with modern vampires.

He could come from… any era, really. In the DC Universe, relatively modern humanity is millions of years old. And if he was found in Alaska, he doesn’t even have to come from a glacial cycle.

However, having fangs was a common signifier for scary characters at that point in Action Comics. Even Luthor acquired some when he found a way to empower himself using electricity. So it may not mean much.

This prehistoric man was found intact and encased in ice in an Alaskan glacier. Enlisting the reluctant Dr. Kemper, Professor Steffens devised means to awaken his find. Dubbed “the Dawn Man” by the press, their subject was indeed brought back to life during a public demonstration.

There was a commotion as the prehistoric specimen became disoriented, but he then acted docile to please reporter Lois Lane. He also came to consider Prof. Steffens his friend.

However, Steffens and Kemper got into a fight. They had never gotten along. Steffens semi-accidentally killed his partner. Horrified, he desperately sought a way to avoid prison.

Prof. Steffens allied with Duke Brady’s mob, for protection against the police. Brady came up with a plan where one of his men was done up to resemble the Dawn Man. This gave the thug a psychological edge when committing crimes.

Both Lois Lane and Clark Kent investigated the reports that the Dawn Man had killed Dr. Kemper and was committing a slew of crimes. Inevitably, Miss Lane was kidnapped. That’s her super-power.

When Superman located Lois, the Dawn Man wrecked his cage to also come to the girl reporter’s help. The prehistoric bloke killed the disguised thug, then Professor Steffens, before being gunned down by the mobsters.

The “Dawn Man” is White and sports a clean, well-made white linen loincloth. These are well-known characteristics of prehistoric men in Alaska, of course.

His anatomy and features are relatively modern, perhaps Neanderthalian. But of course he’s much larger than real-world Homo species.

Not unlike a smart and friendly dog, really. He tends to consider that people acting nicely toward it as his friends, and wants to help them.

Though he doesn’t speak a word of English, he excelled at deducing what was being said from gestures, tone and facial expressions.

Drawbacks:
Misc.: the Dawn Man is extremely low-tech and may speak no language. 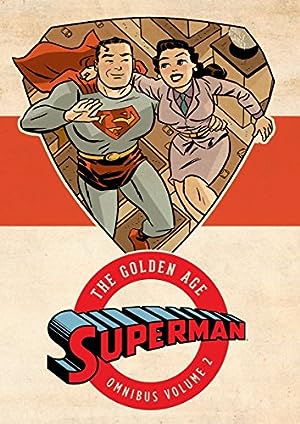 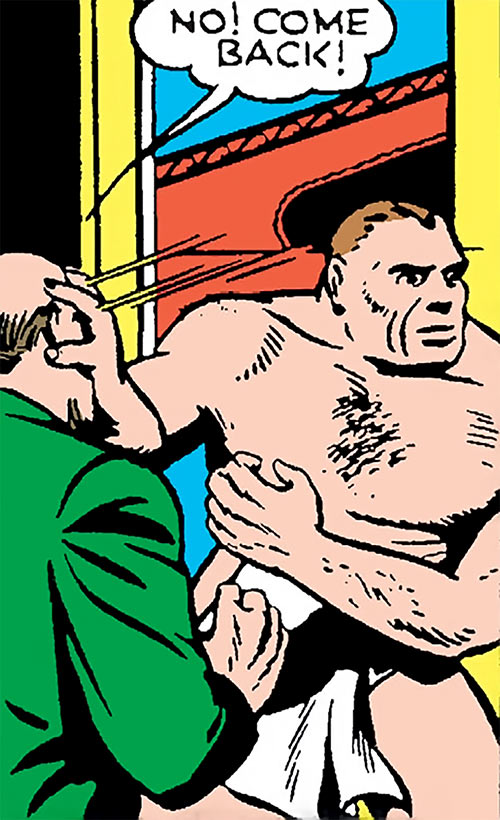 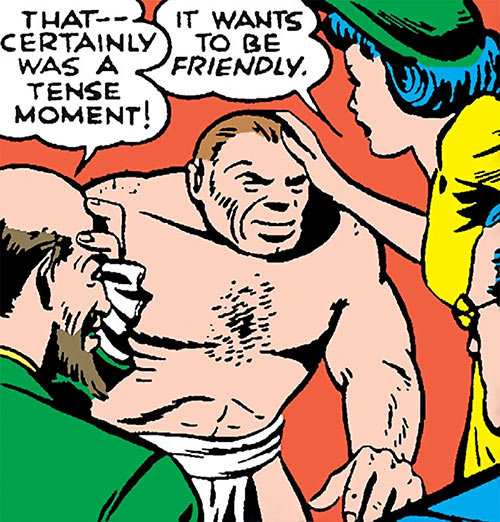