Dawn Summers is a characters from the cult 1990s TV show Buffy the Vampire Slayer. Played by Michelle Trachtenberg, she joined the cast in 2000. Many viewers found the character annoying, hence the tongue-in-cheek tone in this profile.

For indeed, they said it couldn’t be done. They were wrong. They said it *shouldn’t* be done. Well, let’s agree not to speak about that, shall we ? Just bow to my resolve in watching (and reading scripts for) very crappy episodes showcasing her.

Incidentally, Dawn got a lot of (objectively) good dialogue. It is, therefore, quite difficult to convey exactly how annoying she is in this profile. Hopefully, the new in-game Advantage hits the mark.

I tried to fix the history as well as I could. It turns out that, if you give it any thought, nothing about Glory and Dawn makes any sense. Oh, well.

If you ended up here without any special knowledge about Buffy, please first read our Buffy the Vampire Slayer character profile for orientation.

Anya may have said it best: “Dawn… she’s not really good for anything.”

Occasionally, when motivated, Dawn is a capable fighter and an able researcher. Most of the time, however, she serves as a foil to show how mature the protagonists are. She’s also a “damsel in distress” for Buffy and company to save.

On the bright side, guys seem to all think she’s cute.

Untold aeons ago, in an unnamed hell dimension, a triumverate of gods was overthrown by Glorificus, one of their own. The other two gods fought back for millions of years, and finally overcame their sister. They exiled her to Earth, and sealed the barrier between dimensions.

Unfortunately, the artifact used to do this, the unimaginatively named “Key,” turned out to be “locked” on the same side of the barrier as Glorificus.

Many parties on Earth, as it turns out, had been on alert for Glorificus and the Key for centuries. While it is never made explicit, one assumes that their arrival was prophecized. Many planned to use the power of the Key for one purpose or another, and some planned to destroy it, in hopes of trapping the Hellgod Glorificus.

On the other hand a faction of monks, of the Order of Dagon, planned to keep it and protect it. In this way, it could be used by someone wiser and purer than themselves. It is thought that the Slayer might have been the one they hoped for, but this is unknown.

The monks, did acquire the Key, but not as secretly as they had hoped. Just a few years ago, Glorificus came to seek them out and take the Key from them, so that she could return home.

The monks recast the energy into human form and sent the child to the Slayer for protection. To achieve this end, they cast a massive spell which changed many memories of many people to include the girl, Dawn. They further manipulated Buffy and her circle of friends to feel that Dawn must be loved and protected at all costs.

Eventually, Glorificus captured Dawn and very nearly killed her in a bid to return home. However, Dawn was saved by some excellent teamwork by Buffy and her friends, as well as an eleventh-hour sacrifice by Buffy, herself.

Slowly, painfully slowly, Dawn has matured and joined Buffy in more and more adventures. She has very much become “one of the gang.” Losing one’s mother and sister, then having to adjust to a new school and the possible end of the world, can sometimes work wonders for a person’s demeanor.

Dawn is a slim young woman with long, blonde hair. She’s a bit waif-like, except for slightly larger breasts than one might expect and similarly thicker lips.

Her body language is extremely immature, overall. She’s consistently fidgeting and tipping her head toward her shoulder when excited or trying to seem serious. It gets worse when she’s trying to be cute.

Dawn is the annoying younger sibling from Hell. She is rude, believes herself invincible (especially when invoking grownups), rebels against the slightest structure, and gives little thought to anyone around her.

And she uses a lot of “knockoff” curse words to prove how mature she is (which, in turn, is indicative of someone who thinks that cursing, generally, is somehow more mature).

One more charitable might use the word “precocious,”. But the attitude is especially jarring when one considers that her fabricated backstory is that of a studious, well-loved young woman.

As Dawn grew, however, she actually did mature, and became a bit of a cipher, really. Gone were the tantrums and outbursts (mostly, at any rate), but she managed to mix a strong self-involved streak with her love for her sister.

(Diary) “I could so save the world if somebody handed me super powers. But I’d think of a cool name and wear a mask to protect my loved ones, which Buffy doesn’t even.”

“How can you say it’s not that bad ? Kevin Berman called me a freak. In front of everyone—no, that’s no big deal.”

“What a primo Bee-otch. I swear, if I could make her head explode using only the power of my mind, that’s what I’d be doing right about now.”

“She just said you look even cuter when you’re all weak and kitteny, and she better go solo or you’d get hurt. So welcome to the club, she’ll never let me go either…What ? What ? What !?”

“I tell you I have this theory ? It goes where, you’re the one who’s not my sister ’cause Mom adopted you from a shoebox full of baby Howler Monkeys, and never told you ’cause it could hurt your delicate baby feelings. Explains your fashion sense and smell.”

“We’re s’posed to imagine what we’ll be like in ten years and write a letter to our future self. The teacher’s clearly so out of ideas. Wanna help ?”

“I really don’t think it’s fair for you to try and scare me on my first day of high school, because it is so redundant.”

“I know. You never see it coming, the stake is not the power, To Serve Man is a cookbook. I love you. Go away.”

(Imagining introducing herself) “…and my sister is a Vampire Slayer, her best friend is a witch who went bonkers and tried to destroy the world, um, I actually used to be a little ball of energy until about two years ago when some monks changed the past and made me Buffy’s sister and for some reason, a big klepto. My best friends are Leticia Jones, who moved to San Diego because this town is evil, and a floppy eared demon named Clem.”

Dawn is the mighty in-story Retcon  Girl. She can, by her very design, be dropped into ANY supporting cast without notice. Suddenly, the protagonist is faced with an annoying kid sister.

The more mature Dawn could likewise be used in just about any supporting cast. Nothing in particular comes to mind, though.

Advantages:
All About ME !! (see below), Attractive, Lightning Reflexes.

Drawbacks:
Age (Young), Public Identity, MIA (Clumsiness), Miscellaneous (Dawn is/was “an energy matrix vibrating at a dimensional frequency beyond normal human perception,” and can be seen as unreal by those with certain types of mental disorders, mystical perception Powers, and enchanted animals, particularly canines and serpents).

When Dawn first appeared, her Physical Attributes were 1AP apiece, and she had the Hypnosis Power, rated at 8APs, with an Area Effect. This Power could only be used to convince people that she was not new, and to make them protect her.

Depending on interpretation, it is plausible to also give Dawn a Power like Cell Rot or similar (at 1AP or so) that attacks those who have been “conditioned” by the Hypnosis Power. This, however, entirely depends on whether or not one believes that Dawn’s magic was responsible for the cancer which killed Joyce Summers.

Dawn also had—and may still have, though it has not been mentioned by anyone who would know—the Dimension Travel Power. However, this version of Dimension Travel was distinctly nonstandard.

For every AP of Killing Damage taken by Dawn, all dimensions with twice that Travel Value or lower could cross freely to any other dimension in that set, provided they were within the same number of APs of a particular location above Sunnydale. To activate this, Dawn’s blood needed to drip into that location, and when Dawn died, the portal would have closed.

The Character with the All About ME !! Advantage is phenomenally powerful in social circles for no obvious reason. As such, there are three major effects:

While it was tempting to give her the Dimension Travel Power directly, I opted to list it under “Previous Statistics,” since it has barely been mentioned since “The Gift.” 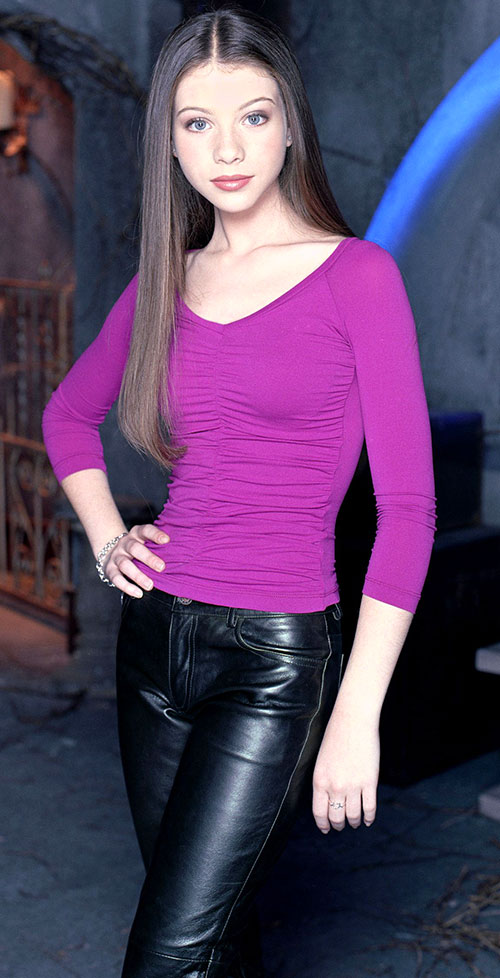 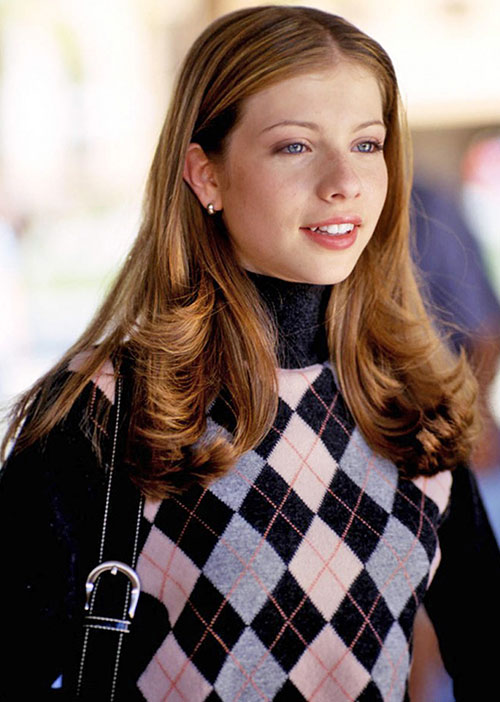 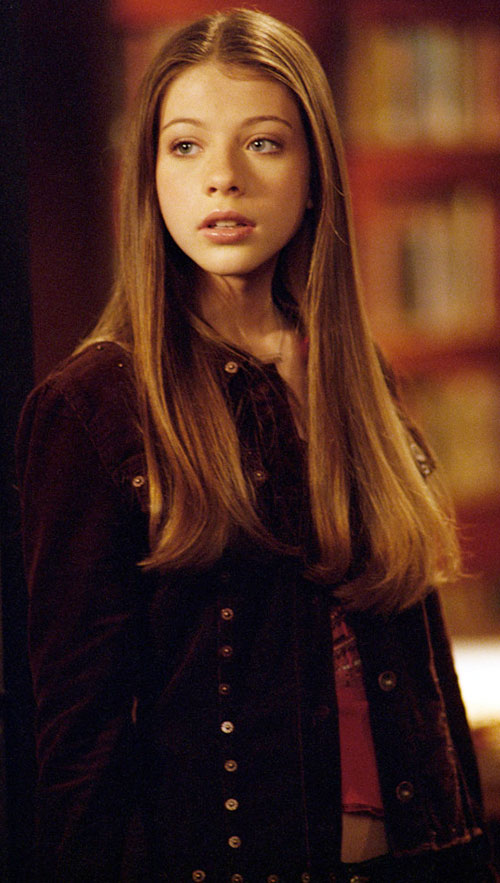