Deadeye is a mean, professional hitman with ocular and spinal cybernetic implants. Those take over his hand-eye coordination, and in particular his aiming.

Deadeye just thinks about shooting, points his gun in the right general direction and the implants do the rest. He doesn’t even have to look at his target.

Since Deadeye is not consciously aiming, his gunfire can hit people who can read or predict the action of their opponents.

Deadeye operates with a large-calibre revolver (perhaps a Colt Python Elite), though the gun is occasionally drawn as a semi-auto. He drives a 1950s-style American convertible with lots of shiny chrome, and tail fins.

He mentions that he could count money in a briefcase within seconds, so our game stats assume some minor visual superspeed ability. We also assume magnification and low-light imaging, which were not demonstrated but seem likely.

In 2001, the hitman Deadeye was working in Gotham City for crime boss Mr. Vink.

Vink ordered his men to kill Deadeye when he would come to be paid. But the murder attempt was foiled as Batgirl (Cassandra Cain) and Robin (Tim Drake) coincidentally intervened.

The vengeful Deadeye left during the fracas. He drove straight to Vink’s home. Storming the place, Deadeye kidnapped Vink’s daughter to force him to pay up. Robin and Batgirl caught up, but the hitman shot Batgirl in the shoulder.

Deadeye intended to kill the little girl, as payback for Vink breaking the rules. The hitman would then extort a ransom from Vink by pretending the kid was still alive. In the meanwhile, he hid in a seedy bar run by friends of his.

However, Robin and Batgirl deduced his plan and tracked him down. Batgirl then broke Deadeye’s hand so he could no longer hold a gun.

Deadeye was arrested by the GCPD, and has not been seen since.

This stone cold killer seems high strung. He may be on drugs – likely cocaine.

His general demeanour is aggressive, impatient and mercenary. He talks in very short sentences, straight to the point, and only when he has something to say.

Batgirl could predict his reactions and strategies based on her knowledge of how assassins typically operate. Therefore, Deadeye is presumably a very by-the-book killer. He may in fact have standardised training, perhaps as a former member of the League of Assassins. That would explain why Batgirl knew what tricks he would use.

Deadeye is an angry man with a low frustration threshold. As such, he may react out of murderous ire without considering the long-term ramifications. This may be because he’s far more likely to survive gunfights than most.

“Zip it. Hand over the money.”

“If you want what’s yours, you’ll give me what’s mine.” 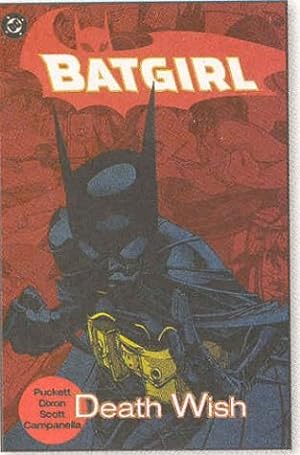 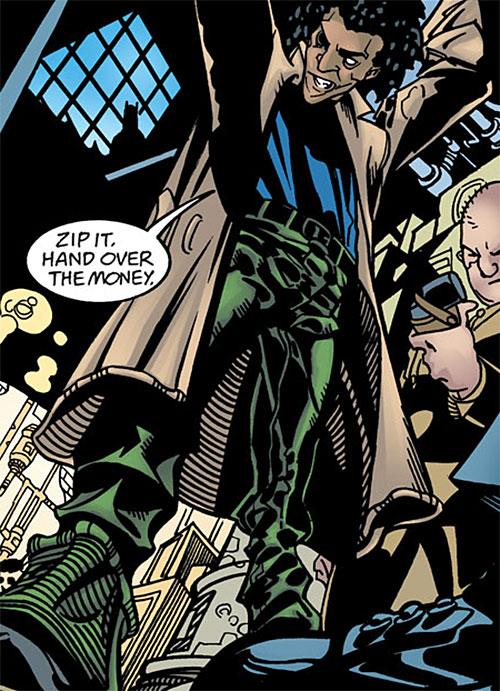