Deadeye has experience with violence, and seems to have some military or paramilitary training.

His precision with ranged weapons is unnaturally high. That’s his Theta-derived power. Like the rest of the Theta virus survivors, he was apparently made fitter and stronger than before by the infection.

One secondary note mentions that he can “use anything as a weapon”. But that seemed to be meant as an ability to quickly master weapons rather than as Bullseye-like abilities.

Secondary sources explain that the eye that is covered by an eyepiece can only see in the infrared spectrum. The eyepiece compensates for this. It was also mentioned that he co-designed and built his weapons along with Deming.

Hayes is a former outlaw biker. He reportedly has a “dark and shady past”, which seems to include service with some sort of armed force.

He reportedly survived the destruction of Stronghold. But Hardcase mentioned that he had gone insane, perhaps as a result of brain damage from the explosion.

According to secondary sources he’s only 22 – though he certainly looked and felt older. He left his unpleasant home in his mid-teens, joining a bikers’ club. He had to leave the biking scene when the Theta virus started manifesting within him. However, his time on the road gave him a surprising amount of life experience for his age.

Deadeye was about the only Exile who knew what he was doing in a fight. For instance he had realistic expectations and appraisal of risk, knowing when to fold. He wasn’t a bad leader and was a good fighter, employing basic but proven tactics. Deadeye was all too aware that the rest of the Exiles weren’t fighter material, though.

According to secondary sources, Hayes loves being a nomad and the general biker scene. He has something of a wild streak, but by biker standards he’s on the calm and considerate side of things. He isn’t interested in starting pointless trouble.

Hayes isn’t much of a conversationalist and mostly speaks when it’s important. But he expects to be heard when he does speak, being large and well-armed.

“You put me in command of this mission, doc. And I didn’t give the order to die.”

Bonuses and Limitations:
Without his eyepiece Deadeye has to use either his Thermal vision eye or his normal eye, depriving him of binocular vision. This means a +2CS to the OV of ranged targets and more generally no depth perception and blindness on one side. 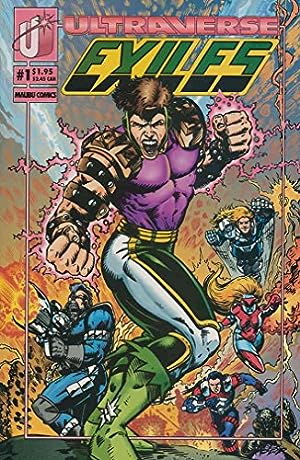 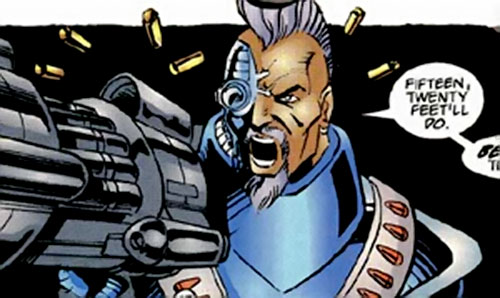 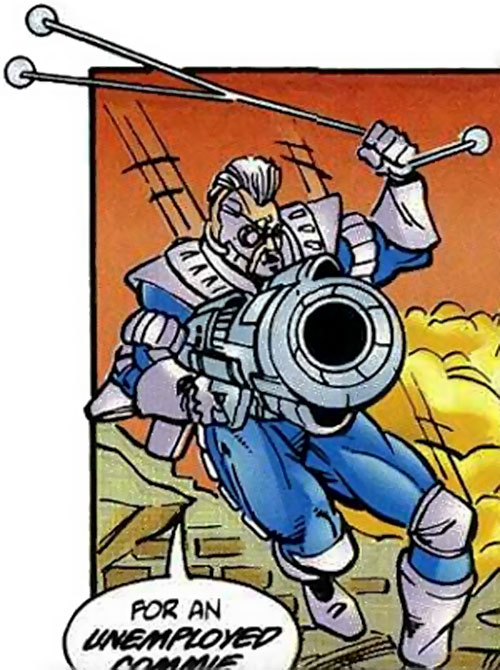