So there’s no relation to, say, the terribly-reviewed 2008 horror film.

In a meta moment, the writeup itself is undead.

It had been stored in the crypt of our Yahoo! Group, which I basically never check. As of late 2019 however it became necessary to review all the coffins therein and lo, one was occupied.

I’ve made some small edits. But this capsule profile has spent slightly more than ten years waiting for The Time To Riiiiiise.

Born into wealth Delinda has never known want. Coupled with being the daughter of a Senator nothing was off limits to Delinda.

Delinda soon gained the kind of reputation that could ruin a politician in Washington D.C.. So she was sent to New York City by her father to “teach her about life.”

It was in NYC that Delinda caught the eye of her slayer/creator: Mr. Macabre. After arranging a meeting Mr. Macabre abducted, tortured and dissected Delinda. Much to Delinda’s horror, she woke in an elaborately carved sarcophagus, wrapped in linen bandages.

“What am I?” asked Delinda. ”Perfect, my love” was all Mr. Macabre replied with lust in his old eyes.

“You are Undead my dear, though I can sense that you are not my lost love” explained Mr. Macabre. Adding “I will still take you as my bride!”

Over the course of three years Deadgirl learned all that she could while under Mr. Macabre’s control. Then she made ready her escape.

Danvers is one of the Undead. Thanks to an Ancient Egyptian funeral rite she appears completely alive; except that her skin is grey-white and she is covered in scars.

Lindy Danvers is dead. There is only Deadgirl. 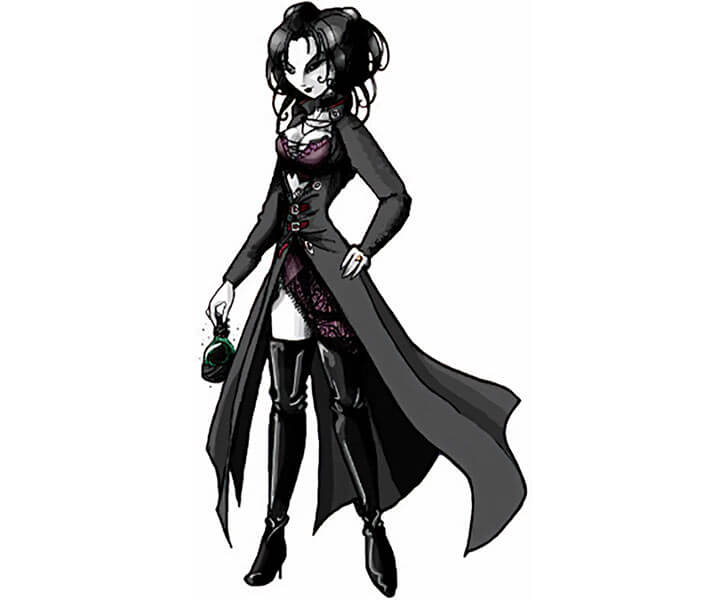 Life Support (No need to breath, needs only five hours of “sleep” per day).