During a 1983/84 adventure, the Black Widow (Natalia Romanova) ran into a cadre of stock killers straight from a B-list action movie.

The sniper among this useful lot was Mr. Darrance.

“Deadshot” Darrance is a highly skilled big game hunter who turned his talent to assassination.

Darrance was part of a group of assassins from all over the world.

These were assembled by Damon Dran, the “indestructible man”. He was plotting to capture the Black Widow (Natalia Romanova) and destroy S.H.I.E.L.D..

Although the assassins briefly managed to capture her, she defeated them all, except for the Iron Maiden. 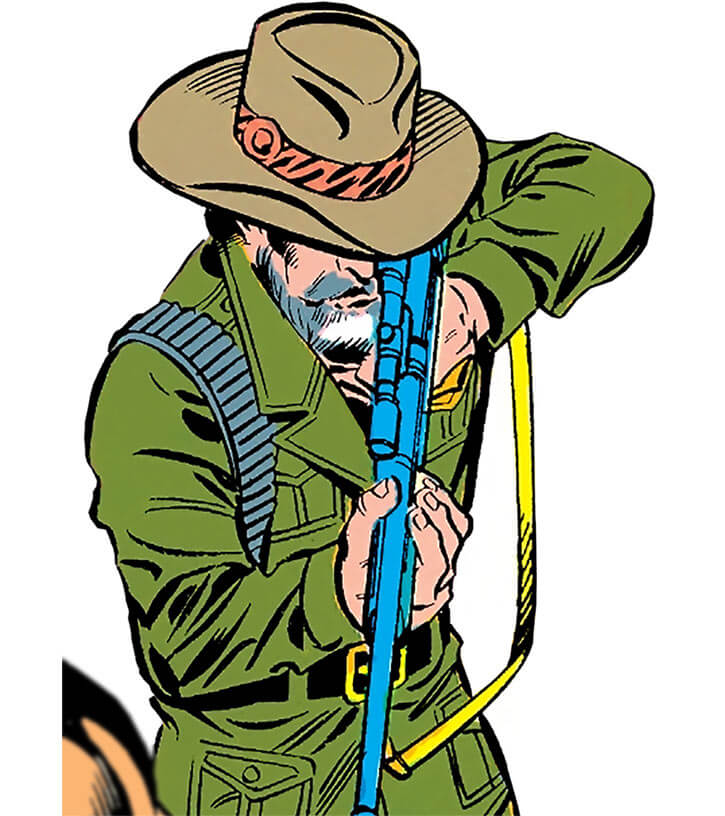 Darrance speaks in long sentences, with an extensive vocabulary and no contractions.

Since Dran’s killer were an over-the-top collection of ethnic clichés, he presumably is British.

Like some big game hunters, he’s in for the thrill of the kill rather than the hunt itself.

Deadshot disliked having to merely capture the Widow. He prefers assassination.

“As much as I would like the head of the world’s foremost secret agent on my trophy wall, I am aware of the prohibiting factors.”

There’s already a Deadshot in the DCU, *and* Deadshot Darrance looks like a twisted Green Arrow.

So we’d suggest using Gunhawk instead. 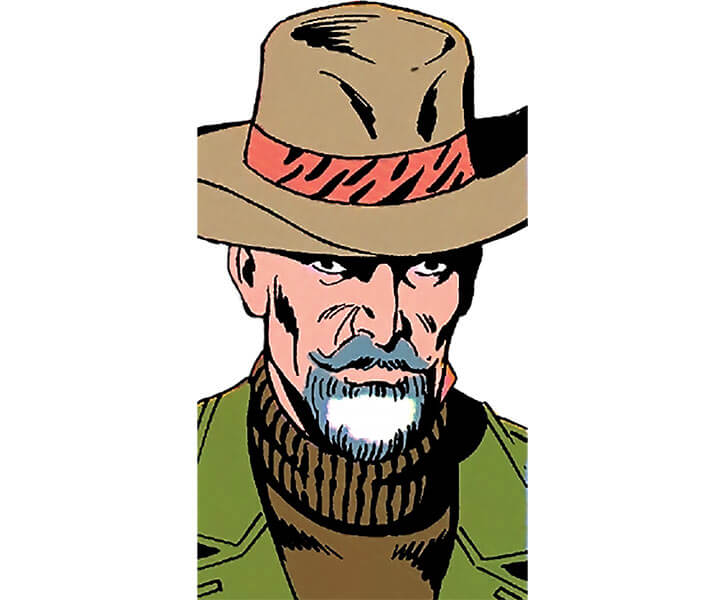 His Physical Attributes are highballed by 1 AP to make him a bit more distinctive. And to avoid the “he’s a British baddie, and therefore a limp-wristed effete aristocrat” cliché.

You can go either way – there’s simply not enough material to say. With these stats, he’s tougher and more grizzled than one might expect.