The 87th Precinct Mysteries is a long-running series of police procedural novels by Ed McBain. “Long-running” since the first was released in 1956, and it continued until at least the 2000s.

Perhaps the most notable figure, appearing in a half-dozen of the novels, is the genius criminal mastermind the Deaf Man

His most important abilities are his great intelligence and his ability to convince lowlives to join in on his grandiose heists. This is despite the huge number of his former criminal associates who have ended up penniless and in jail.

Strangely few of his associates try to kill him, despite his tendency to lecture them on number theory and statistical deviation.

The Deaf Man was introduced in The Heckler (1960). Therein he masterminded a plot to steal over two million dollars which involved :

It didn’t quite work out the way he wanted, but the mayhem was unprecedented.

He tried several more times to pull off similarly grandiose operations in the 87th Precinct each time failing by a narrow margin through chance.

A charming, cool and calculating psychopath with a monstrous ego.

His biggest weakness is his compulsion to show how smart he is, and when he’s in not-New-York-City, he always makes sure to call the 87th Precinct house and tell them he’s about to pull something.

His plans are far more elaborate than they need to be. He never spends his Hero Points , except to make his escape after his plans go awry.

“Truth is a constant, Chuck. It is only the observation of truth which is a variable. The magnitude of error depends on the difference between the unchanging truth and the faithfulness of observation.”

“I never forget anything.”

Redundant really. The DC Universe already has the Riddler and the Deaf Man is just a classier version of the same concept.

Drawbacks:
Enemy (Lt. Steve Carella), Minor Physical Restriction (Hard of Hearing – he may not really be deaf, though), SIA (Vengeance). 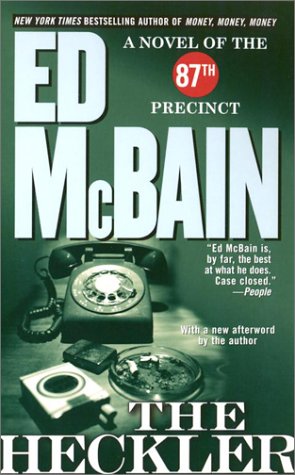