The Death Ninja is a reasonably competent ninja-like mercenary, as these go. After he was cursed into an undead state by Centurious, he could recover from practically everything, even obviously fatal wounds and massive trauma. He claimed his weapons are capable of harming the Rider, and they indeed seemed to be somewhat effective against the unkillable Suicide.

The Death Ninja said he wasn’t human anymore even before he was obviously an undead. What this means is unclear. Perhaps he was unkillable all along, but his master modified the spell so he could not recover his human appearance or forget the pain after it was used. Turning a boon into a curse sounds like something Centurious would do.

The Death Ninja is an agent of Centurious – the soul-less, immortal Native American mystic. Centurious was perhaps the chief foe of the Ghost Rider (Johnny Blaze), after Mephisto.

Death Ninja was first seen after he was sent to infiltrate Deathwatch’s organization, who employed mercenaries clad in ninja garb. He appeared to be just one such faceless mercenary. Death Ninja was tasked with accompanying Blackout II whilst the latter was tracking down a stolen canister full of a virulent toxin.

Blackout and the ninjas left a bloody wake as they killed both cops and members of the the Cypress Hills Jokers youth gang. Eventually, the ninja was ambushed by the Ghost Rider. He was uncharacteristically impaled on his own sword by the spirit of vengeance.

The ninja eventually came back to kill his killer. To summon the Rider, the revenant murdered street criminals in Cypress Hills, not knowing that it took shed innocent blood to conjure the ghostly biker. Eventually, the undead ninja ambushed and slaughtered a small gang preying on passengers in an elevated “J” train during the graveyard shift.

The nearby Ketch noticed something was going on. Yet he was unable to turn into Ghost Rider since nobody innocent had been hurt… until he noticed a very minor cut on the cheek of a female passenger. He transformed, and the Death Ninja engaged him.

During the fight, the Ninja revealed his inhuman and undead nature. He claimed he was in perpetual torment and that only bringing the Rider to Centurious would bring an end to his pain.

He was defeated by the Rider, however, and knocked back from the train, which crushed him. Undaunted, he pursued the Rider to Brooklyn and futilely fought him again. But the undead ninja was delayed by another impossible-to-kill superhuman, Suicide, and lost his target, who reverted to being Ketch.

Fuming with frustration, the Death Ninja took out his rage and pain upon Suicide. His deadly sword strokes appeared to actually have a small effect on Suicide, who was attempting to die but could not due to his power. Slash by slash, the Ninja got closer to killing Suicide. However, Ketch felt compelled to intervene and turned into the Rider.

Before he could do much, the superhumans present were assaulted by Heart Attack, who was trying to destroy the Rider. When the Ninja tried to interfere she blew a plate-sized hole in his chest with one of her really large guns.

Since the corpse of the Ninja disappeared from the scene, it is a safe assumption that he “survived”. However he was never seen again as of this writing. Perhaps Centurious destroyed him, or changed his mission.

After he was cursed he was definitely on the decomposing side, a zombie ninja.

The Death Ninja claims he’s no longer human since he gave away his humanity to Centurious.

After he was badly cursed, he was understandably obsessed with finding a release from his torment. This, he could only achieve by bringing the much more powerful Ghost Rider to his master. Centurious said that he would then release and kill the Ninja.

“I never said I was human. Perhaps you were able to intuit my true inhuman nature when you plunged my weapon through my heart.”

“Beneath the costume I live my death over and over again even as the flesh rots off my bones. Never to know any peace. So I must continue to kill for he whom I serve.”

“You are my only hope ! Only if I defeat you and bring you to him… will he let me die !”

Given his obscure nature, he can just be thrown in. He could be a cursed member of the League of Assassins sent to infiltrate the Kobra cult.

Bonuses and Limitations:
Invulnerability takes about a minute to kick in.

Folks in constant magical pain tend to be resistant to telepathic intrusion, especially when undead. It is known.

A Mental Shield: 06, Always On but only protecting himself, would thus be a reasonable assumption for the Death Ninja. It is also quite possible he no longer needs to breathe or eat/drink. 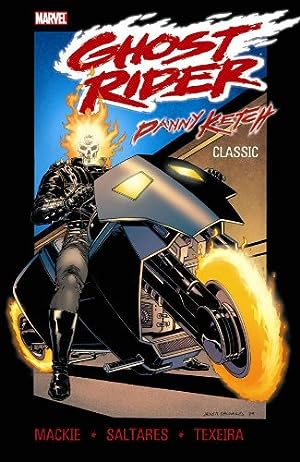 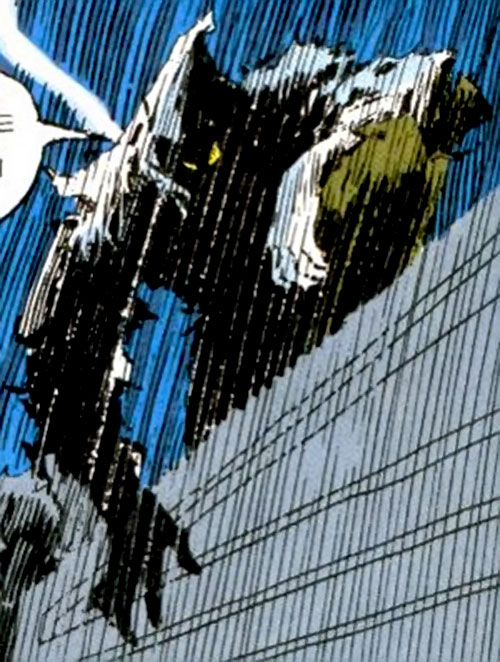 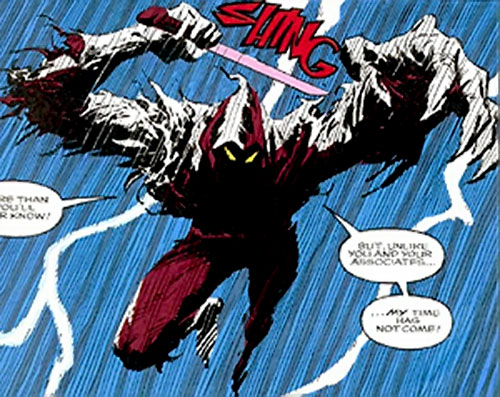 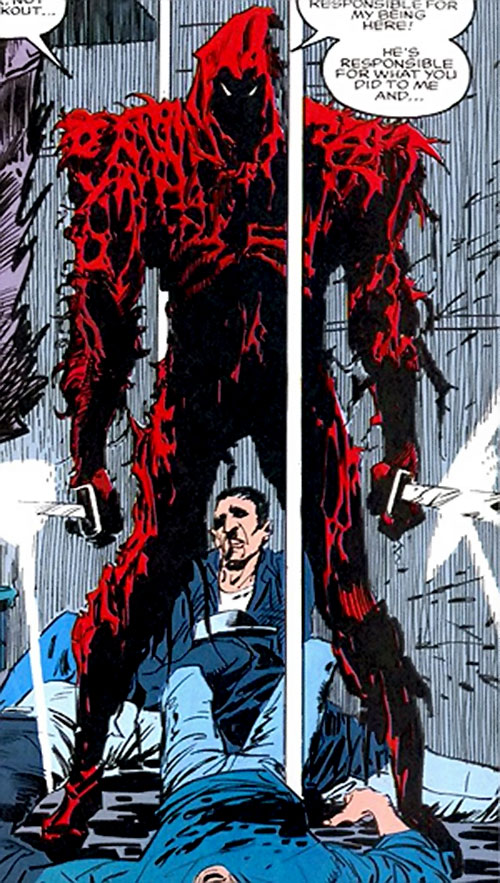