Death-Stroke is a master martial artist and skilled with various martial weaponry. His quickness was enough to surprise Spider Woman (Jessica Drew).

His so-called “energy blade” was a normal looking knife that could easily slice a steel girder in two.

When the Carillon Towers was built in San Francisco, it was constructed with a “quite illegal” inner core. This structure was to serve as the headquarters for “the new crime czar of San Francisco.” Which in time was revealed to be N’guyen Ngun Coy.

When Federal authorities get wise, Death-Stroke and his Terminators are brought in to murder those who have learned the truth about Carillon. But before too many people die, Death-Stroke runs afoul of the original Spider Woman. He proves no match for her super-strength and powers.

After years of not being heard from (perhaps serving some prison time) he shows up at a death match. The prize was a position in Red Skull’s organization and combat training from the Taskmaster himself… He lost to the Mangler and Cutthroat.

Death-Stroke is extremely overconfident, believing his skill far surpasses what it really is.

“My name is Death-Stroke ! The men you see are my Terminators. As the names imply, our business is killing.”

Death-Stroke and his Terminators… hrm ? I wonder if anyone told Slade Wilson?

Due to similarities in their costumes, one could construct some kind of connection to Manhunter, Paul Kirk.

Death-Stroke’s goons have the following stats : 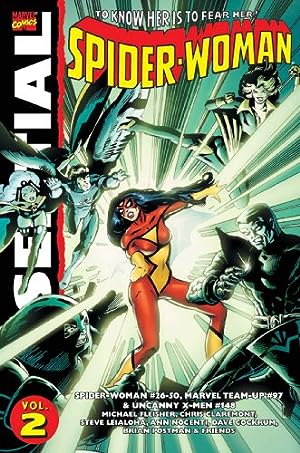