Deathgrip has a gauntlet that can drain the vitality from people. It proved ineffective against Aztek, though at least it didn’t overload Deathgrip with four-dimensional energy.

Deathgrip seems to be a jittery, aggressive junkie waving a loaded gun around.

He prefers sneak attacks, approaching from behind to touch his target and drain their lifeforce.

He was the only one actually bothering to stay close to the hostages and threaten them. He came across as a bit of a bully or sadist.

“Man, feel that energy. You must work out. I thought athletes and cops gave maximum rush, but now I’ve, oh, wowww, now I’ve tried a super-hero, no way am I doing ordinary people again.”

Drawbacks:
SIA to absorbing the energy of strong people.

Deathgrip’s customisation angle is what he actually does with the extra energy he absorbs, asides from babbling about the rush. It might feed another Power. Maybe the classic Mental Blast or STR, or something more unusual.

We know it doesn’t give him flight or invulnerability, though, because Aztek asked. 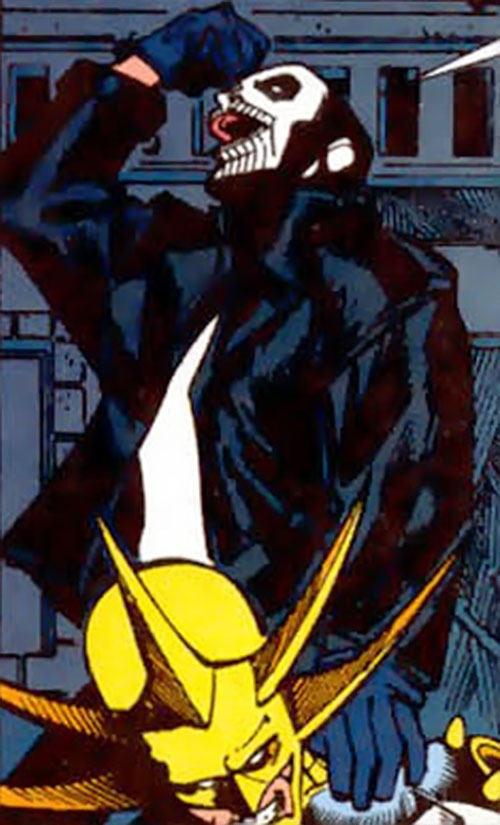