While a superior hand-to-hand combatant (proficient enough to seriously threaten Wonder Woman, in fact), the creature called Decay rarely had to rely on her physical prowess. Her very touch would immediately age and wither anyone with whom she made contact, ultimately causing death.

Equally as deadly was her breath. Iwould cause whatever it touched to crumble into dust. Furthermore jer very presence caused objects around her to slowly dissolve.

When the Princess Diana was sent to the Man’s World to end the mad War God Ares’ schemes, Ares’ son Phobos tried to ‘earn his father’s favour by destroying the Amazon princess. To this end, he journeyed to the Cavern of the Gorgons. Then he drove his smouldering hands straight into the mystical matter that was the Gorgon’s seething heart. 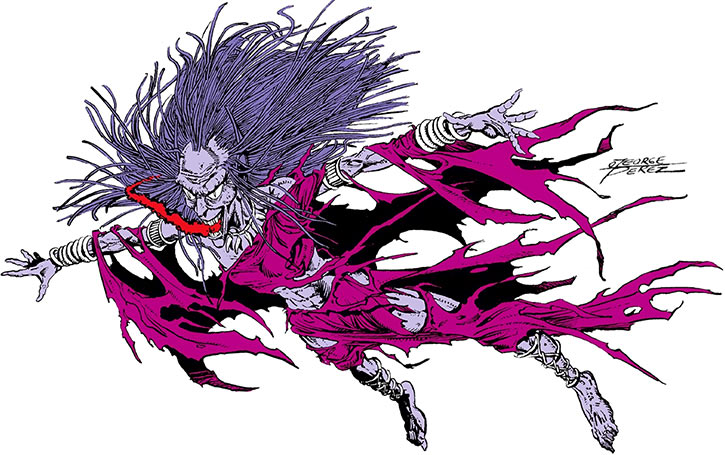 Using his breath to shape the molten material, much as the Princess Diana herself has been molded from humble clay, Phobos created a small statuette. It was the figure of a woman. He then had it delivered to the home of Professor Julia Kapatelis, who had become Diana’s mentor in the Man’s World.

Late that night, as Julia sought to teach Diana the English language, the statuette came to life. It assumed full human size, and set about to destroy Julia’s home and the Amazon Princess.

The battle between the Princess Diana and the Decay creature roamed across Boston. Decay left a swath of ruin and destruction behind her as they fought. Diana herself almost perished at Decay’s hand. But the Amazon finally entangled Decay in the strands of her golden lasso.

Diana’s lasso possesses the power of constant renewal. Thus, the golden strands continued to pour life into Decay, who was an embodiment of death, until that power consumed her. Screaming in frustrated rage, Decay quite literally exploded from the strain, her lifeless carcass returning to the vile dust that had spawned her.

The most important thing to Decay was the infliction of pain and suffering on all living beings. She was quite mad – a wicked, cruel being who exalted in stripping the vitality and freshness from all things, living and inert – and took great delight in goading and provoking her opponents into suicidally charging her.

Decay enjoyed demoralizing her foes by rapidly aging and withering an innocent before battle, preferably one of her foe’s loved ones, attempting to prove to her opponent her ultimate superiority.

Compiled by Sébastien Andrivet (stats inspired from Strangers in Paradise, history from Who’s Who). 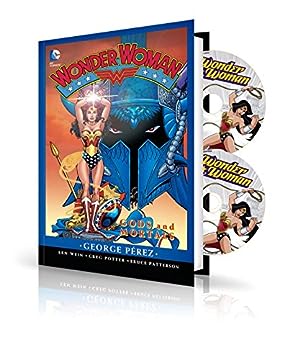