Powers is a gritty comics series. It follows two police detectives working in a world with super-heroes and villains, but without a greater-than-life dimension. This is realistic, and thus often squalid, police work.

The series started in 2000, and this profile was written in 2002 or 2003. Thus, it only covers the first three story arcs, up to and including “Little Deaths”. There are S P O I L E R S about these stories, albeit not big ones.

Pilgrim is a former SWAT officer, and an experienced and able homicide detective. She’s skilled in numerous interrogation and detection techniques.

Pilgrim is an excellent martial artist. She proved able to defeat three well-trained thugs at once. She prefers to rely on linear kicks for offence due to her small frame.

The only thing keeping her from being a top cop is her impulsiveness.

Deena Pilgrim is one of the two detectives in The City assigned to cases involving superhumans.

This is an important job. Superhuman activity is as strong as in the DC or Marvel universe, and the police in The City has a policy of cooperation with registered superhuman “concerned citizens”. Wearing a costume or having powers is a misdemeanor if you’re not registered, however.

Another difference with the DC or Marvel universe is that “superheroes” are all-too human, often fallible. They are much like TV or music celebrities in our world, with a tabloid press hounding them in hope of exposing scandalous sexual conducts and other clickbait.

They can also die. Not that often, given the odds, but from Pilgrim’s point of view, since she works on most cases of superhuman death in The City, they seem to die pretty frequently.

Pilgrim probably has been on the force in The City since she finished her studies. She was assigned to SWAT unit full-time for an undisclosed period of time.

She eventually returned (or graduated) to being detective. During a drug sting Det. Pilgrim arranged for the deputy commissioner’s kid to be conveniently forgotten. She then cashed in that favour to be put on homicide 55th as Det. Walker’s new partner.

This had been her professional dream for years. In Pilgrim’s own words – “every time I heard about that stuff — I said — I said, ’Man, I want to be there‘”.

Not only was Walker a legend among The City’s PD, but he was always where the weird action with the superhumans was . Although their working relationship was quite mercurial (and further complicated when Pilgrim discovered something critical about Walker’s past), they eventually bonded.

Their first case together was a huge, career-making-or-breaking one.

America’s darling super-heroine Retro Girl (somewhat comparable to the pre-Crisis Supergirl or Mary Marvel) was found dead with her throat slit on the playground of an elementary school. Amidst national mourning, Walker and Pilgrim successfully closed the case. This unearthed an ugly, strong anti-superhumans movement among the general population.

They also solved the case of live-action roleplayers (wearing illegal super-heroes costumes) being assassinated one by one. Then the mysterious death of Olympia (somewhat comparable to Supreme) amidst a sexual scandal regarding his private life. Among other high-profile cases.

Pilgrim usually wears tight-fitting jeans (low cut as long the fashion will last), a pair of sneakers and a belly T-shirt. Both her ears have a pair of earrings at the back.

She seems to smoke about a pack a day.

Deena’s photo could be in the dictionary below “cocksure”. She’s cocky, impulsive, violent, crude and overly curious. She’s also smart, professional, direct, vivacious and quite likeable.

She also totally overuses the words “total” and “totally” when she wants to totally emphasize something. Deena displays a wry humor about all things related to sex, a subject she’s fond of referring to.

“Y’know – I’ve had just about my daily limit for bullshit like this.”

“It’s my job to figure shit out that people don’t want me to know.”

“How could you not want me around ? I’m totally fascinating. And shit. I wear these little belly shirts all day. That’s gotta do something for you.”

“Oh yeah. He’s got a total issue with women in authority. Which I am, by the way.”

“Fuck-a-duck. This is a fucking circus.”

“I want brownie points for behaving myself through that entire thing.”

The main reason why Powers is not set in the Marvel universe is the deaths. Powers need the deaths of superhumans, including high-profile ones, for things to happen. And those deaths can be banal, such as a heart attack, or even sordid.

However if your campaign is set in a universe where super-heroes can and do die (often viewed as a necessary element in supers RPG campaign, so the players face an actual risk), Walker and Pilgrim can easily be used. They might even work on the case of a dead PC – which might be a boon or a bane for the survivors on the team. 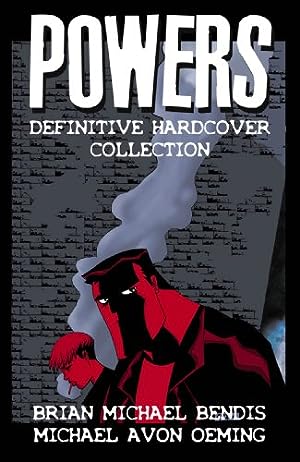 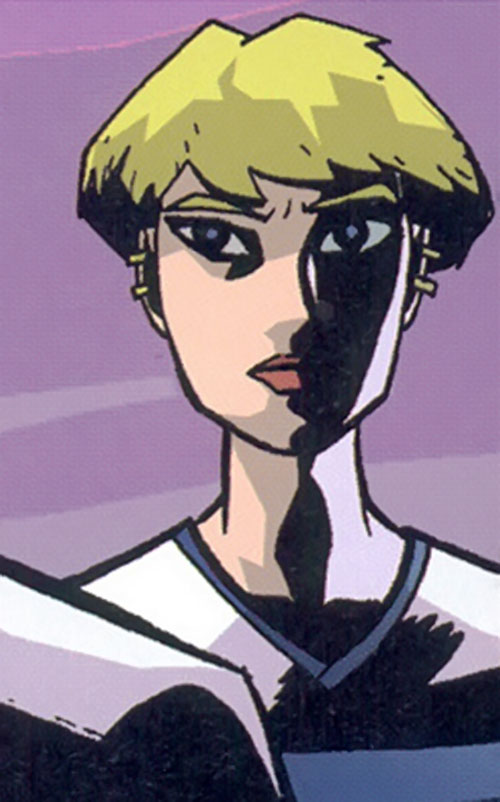 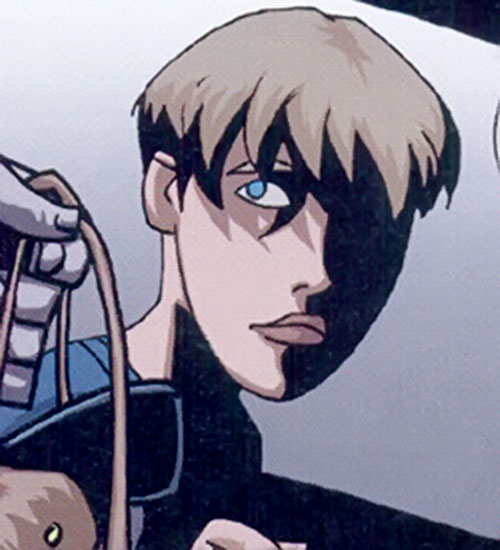