Delgado could grow in size, strength and durability.

Rogue notes that as he grows in size he also seems to get faster. While this is usually just a cliché I’ve decided to make it stick in the stats this time around.

Along with a small group of mutants lead by Fabian and Anne-Marie Cortez, Marco Delgado was trained in S.H.I.E.L.D. and military procedures. The team commandeered a S.H.I.E.L.D. space shuttle in a desperate bid to find Magneto. The Master of Magnetism was back then retired on his orbital base, Asteroid M.

The mutants convinced him to take up the mutant cause again. Thus, the small group around the Cortez siblings became the first Acolytes of Magneto.

Delgado fought along the Acolytes and against the X-Men twice, in Genosha and later on Asteroid M. A short time after that battle, Asteroid M was destroyed and plunged into the atmosphere, disintegrating.

Delgado was reported dead in the catastrophe, but if you really want to bring him back it should be trivial.

Who’s on first base ?

As noted in the Anne-Marie Cortez entry, there’s confusion about Delgado. Many people thought the was one of the S.H.I.E.L.D. agents pursuing the soon-to-be Acolytes, and was brainwashed by Anne-Marie Cortez.

However, he’s not. If you re-read and pay attention to him, he’s clearly among the soon-to-be Acolytes. In fact he appears in the same panel as his S.H.I.E.L.D. namesake.

The confusion was further heightened when Nance Winters, the copilot of the S.H.I.E.L.D.’s agent Delgado, was mind controlled to become one of the Acolytes. Which may have been spurred on by the confusions about the two Delgados.

“Too late, flatscan, for weasely words to save you.”

“Had your chance, gooder. Made your choice.”

Drawbacks:
MIA toward the Mutant Cause.

Equipment:
BODY ARMOUR [/BODY/ 06, Radio Communications: 13, R#2. This suit of Acolyte body armour is able to grow with him, and is superseded as his RV as soon as he start using Growth].

With the presence of Fabian Cortez, there is no reason to assume high APs for any of the early Acolytes, including Delgado. Since here is no reason why Fabian would not enhance their powers with his 8 APs of Enchantment. This explains how Delgado was able to engage Rogue with such ease.

Note that between the boost from Fabian Cortez and Chrome manipulating his density, Delgado could go through the roof on his RV. An atypical example of a MMORPG -like group work, with casters piling buffs  on the group’s tank . 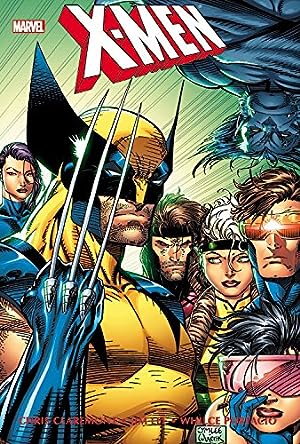 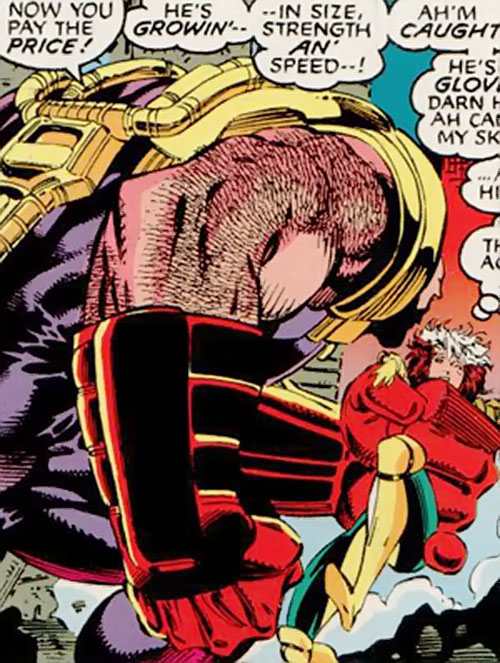