Dunphy has been Power Broker enhanced. While this treatment enhances reflexes and agility, the most obvious augmentations in Dunphy’s case were his strength and toughness.

As a young man in High School, Dennis Dunphy idolized super heroes such as Captain America and Daredevil. A successful college football player (American football, for those outside the States), he tried out for several pro teams, but was turned down by them all.

Dunphy was approached by agents of the Power Broker. They offered to submit him to a treatment that augmented the strength and endurance of roughly half the subjects to superhuman levels. The other half were severely injured, or even killed, by the process.

Despite the risks, he submitted himself for the treatments, which were a success. Unfortunately, he found out he was now too strong for football, and could quite easily kill a normal man by accident. The Power Broker then suggested he enlist in the Unlimited Class Wrestling Federation.

While in the UCWF, he encountered the Thing, who had left the FF for a brief period of time. When Dennis was ordered by the power broker to attack the second Ms. Marvel, who was working with the Thing, he refused. As a result he was denied the drugs the Broker claimed stabilized the transformations.

After two weeks of painful withdrawal, he learned that the drugs were nothing but addictive chemicals the Power Broker used to control his clients.

Later, Dunphy encountered his hero, Captain America. He aided him in tracking down the Power Broker. Under the name of Demolition-Man, in the costume he would wear from then on as D-man, he aided the Captain, at one point rescuing Cap from a deathtrap.

At one point, Captain America resigned and gave up his costumed identity rather than submit to the demands of the Commission on Superhuman Activities. D-Man, Nomad, and Falcon tracked Cap down as he was wandering the country.

They convinced him to take up a new identity as the Captain, using a new costume provided by D-Man. This costume is identical to the one later adopted by USAgent. The group was funded by Dunphy.

Dunphy accompanied the Captain on many missions, culminating in the rescue of the replacement Captain America from the terrorist group ULTIMATUM. On the mission, D-man was crash diving a Quinjet onto the latest doomsday device the terrorists had concocted, intending to jump free.

As he climbed onto the fuselage, he saw an agent strapped there, placing a bomb on one wing. Ripping that wing off, he realized he did not have time to tear the other wing off, which also had a bomb.

He decided to jump, then saw the agent was entangled in the cord fastening him to the vehicle. Thinking he had time, D-man tried to rescue the agent. He was wrong, and the bomb went off. The flaming wreckage of the Quinjet crashed into the doomsday device, destroying it before it activated.

Lost but not stranded yet

Horrified on seeing the explosion, Cap dove into the Arctic waters into which the Quinjet’s debris had fallen, but found no sign of Dunphy’s body.

Despite appearances, D-Man didn’t die the way Bucky did. He survived, but was shocked and an amnesiac and thus wandered off.

Residents of an underground cavern called Zerotown took him to their sewer homes, and he has stayed on as the protector of the sewer people ever since.

Out of costume, Dunphy is a huge man, shaved bald, with bright, friendly blue eyes, and a perennial smile. His costume is extremely similar to that of the old black and yellow Daredevil costume, with Wolverine’s cowl (since removed in favor of a simpler design), and a large, red, letter “D” on his chest.

A kind, good-hearted man, D-man would do anything for his friends, including two weeks of hellish withdrawal, or risking his life by straining his heart to get Captain America’s van out of a twenty-foot deep pit.

He looked up to Captain America almost like a big brother, or perhaps father figure, and would do anything the star-spangled Avenger asked.

Either his strength and endurance could have been gained via the gene bomb (copout), or an individual similar to the Power Broker could set up shop, though with a different angle than the wrestling scheme. Either way, Dunphy would soon begin to associate with heroes, and prove himself to have the heart of a hero.

D-Man’s heart condition makes him vulnerable to excessive exertion. When he willingly tests his physical stamina, or rolls double 1s on a strength or endurance action, he suffers the equivalent of a 12 APs Cell Rot attack (Last Ditch Defense applies).

Result can range from chest pains and shortness of breath forcing him to sit down to immediate hospitalization in a critical state.

By William Chamberlin and Sébastien Andrivet. 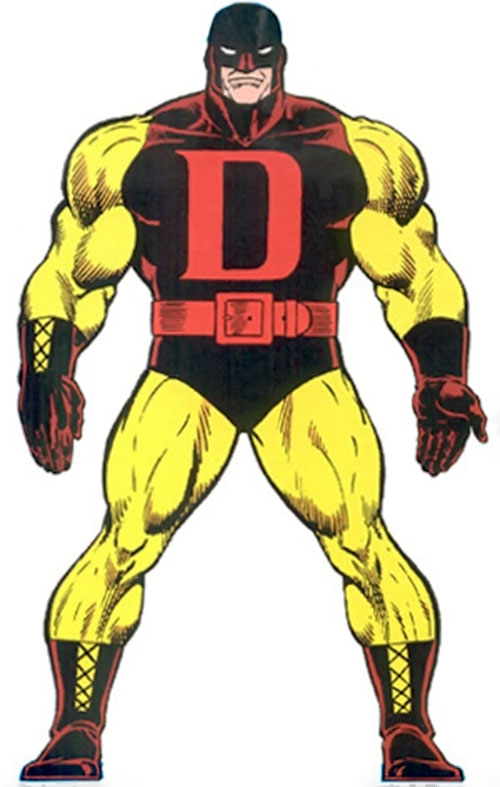 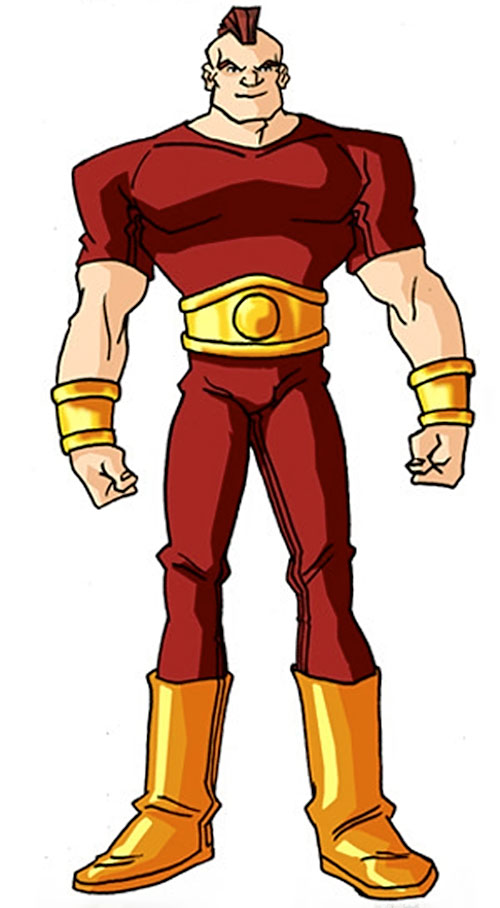 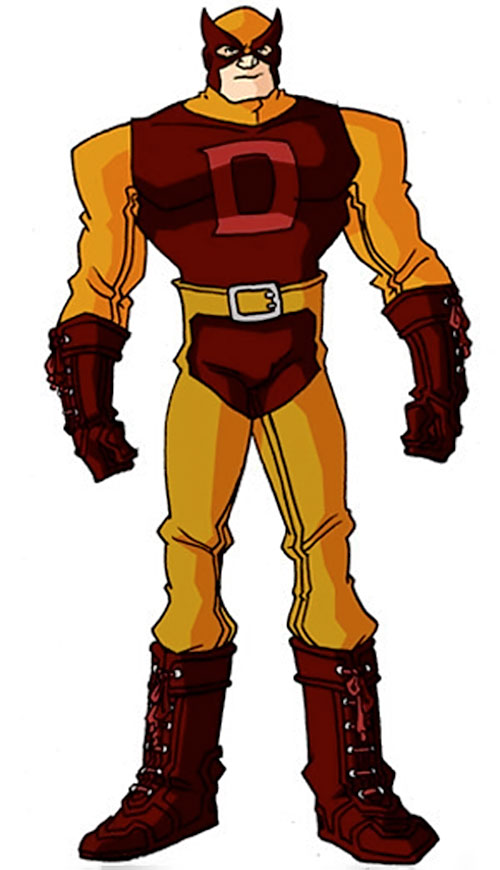 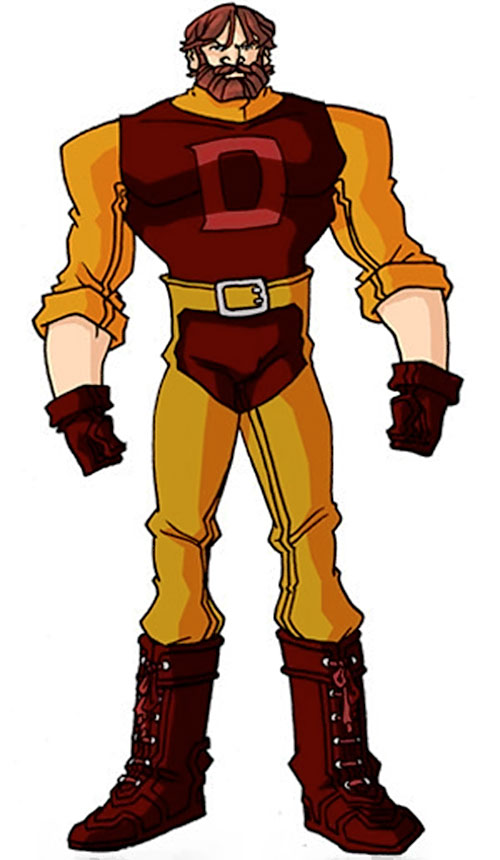