This is a monster from the landmark Doom video games of the 1990s.

Basic Doom Demons are paranormal beasts of great strength and durability, with fangs and horns.

Spectres are the same, but are almost invisible, appearing as a shimmer and strong air distortion.

This isn’t Invisibility in DC Heroes RPG terms, and does not protect them much in combat (especially if the opposing fighter is used to them). But it often allows them not to be spotted until they are close.

Spectres can easily be heard, however, especially due to their tendency to roar fiercely. They really shouldn’t do that. I keep saying this, but does any Spectre listen noooo they’re just always “roar roar roar ah ah ah” and they keep getting killed SMH. 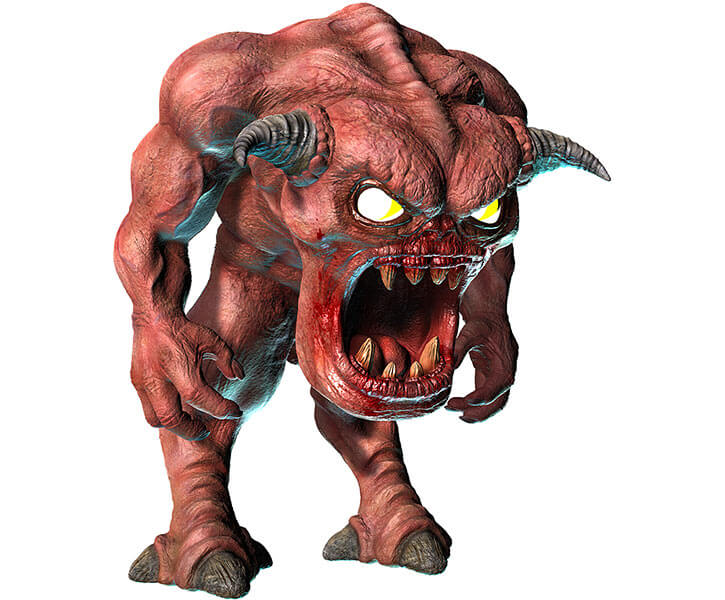 For the general background, see the Doom marine profile.

Sorta like a shaved gorilla, except with horns, a big head, lots of teeth, and harder to kill. 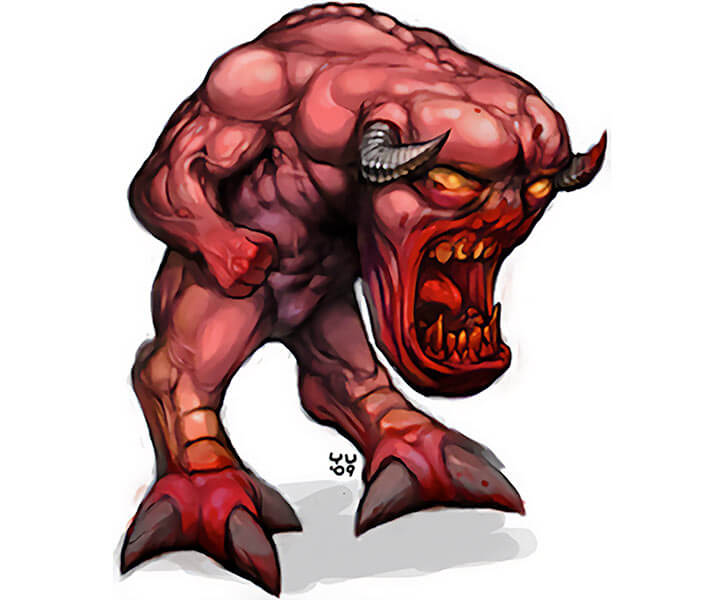 Don’t get too close or they’ll rip your fraggin’ head off.

They behave a bit like a rhino with a bad case of colic. You know how it is.

Density increase is Always On, Innate and Already Factored In.

The Spectre’s Thief (Stealth) skill only functions against visual detection, not aural (-1FC).

Strange Appearance, Catastrophic Rage, CIA toward attacking anything that hits them and isn’t a fellow Demon or Spectre.

Dense in every way ● 1 point ● Descriptor: Infernal physiology
Both demons and spectres have Feature 1 (3 Ranks of body mass).

Amazing how you can see right thru me ● 5 points ● Descriptor: Infernal magic?
Spectres have Enhanced Skills (Stealth 10) and Enhanced Advantage (Hide in plain sight), witgh a Quirk that it doesn’t provide audial stealth. Because they keep roarin’ and stompin’, and I keep telling them not to and they don’t listen what am I chopped liver ?

Assumption is that they will All-Out Attack most of the time.