G.I. Joe: A Real American Hero was a comic book and cartoon series based off of Hasbro’s 1980’s military action figure toy-line.

While both series covered the same characters and concepts, they had vastly different continuities. The cartoon’s stories were far more fantastical (and often silly) while the comic was far more realistic and gritty.

G.I. Joe’s story focused on the ongoing struggle between the G.I Joe Team (a group made up of soldiers hand-picked from the four main branches of the U.S. Armed Forces) and the sinister Cobra organization (who were dedicated to world conquest).

Despite the fact that he was introduced as Cobra’s weapons supplier, it was clear that Destro was Cobra’s second in command.

His charismatic and mysterious bearing easily made him one of the standout characters of the G.I. Joe series.

Destro is a seasoned mercenary with years of combat experience beneath his belt.

He is a superb athlete, exceptional hand-to-hand fighter and has considerable knowledge of commando tactics.

Outside of his military acumen, Destro is a skilled manufacturer of weaponry – and a savvy businessman.

Under normal circumstances, Destro arms himself with: 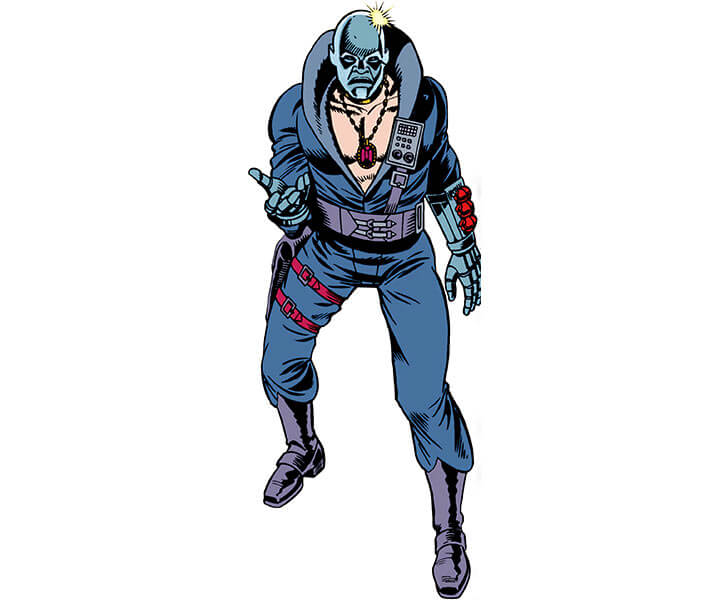 From his first appearance, Destro intended to seize control of the Cobra organization. Knowing that he couldn’t do so directly, he manipulated the G.I. Joe strike force to help him achieve his goal.

While he waited for the perfect opportunity, he acted as Cobra Commander’s second in command.

When it’s springtime in Alaska

The first operation that he actively took part in was the Alaskan Pipeline operation. Over the course of the mission, he stole a large amount of plutonium and faced the Joes directly.

The Joes ultimately retrieved the plutonium. But not before Destro earned a measure of trust with the Commander.

Once he felt that he had the Commander’s trust, Destro put the next part of his plan into motion.

He forced a Cobra soldier to plant information that would lead the Joes to a secret cobra facility. There they would find and capture the Commander.

The plan was perfect, except for one small detail. The Baroness had unexpectedly joined the Commander at the facility. 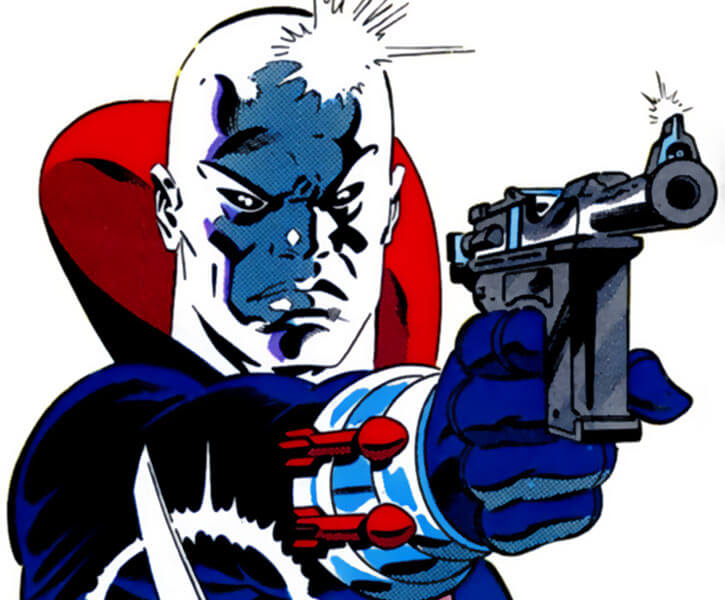 Destro and the Baroness shared a past that they had yet to reveal to the Commander. They had been in a relationship, which served to divide the Baroness’s loyalties.

Before she left to join the Commander, Destro had intimated that a shift in power would soon occur. Conflicted, the Baroness kept his confidence but still joined the Commander in Springfield.

When Destro recognized her peril he leapt into action. He immediately scrambled a group of Cobra soldiers and rushed to protect her. He drove the soldiers in a harsh five mile cross country sprint and engaged the Joes in battle.

This gave the Baroness and the Commander enough time to escape.

Despite his gratitude for Destro’s actions, Cobra Commander was suspicious. Destro’s miraculous arrival was simply too convenient.

Being a treacherous man himself, the Commander assumed the worst. He decided to strike first, and hired the mercenary Major Bludd to kill him.

Root of all evil

The two waited for an opportunity to end Destro’s threat.

The moment came during a night op in Washington. Cobra Commander, with Destro in tow, led a mission to poison the ink in the U.S. Treasury.

The Cobra forces found themselves opposed by the Joes. During the chaotic melee that broke out, Major Bludd saw his opportunity. It came while Destro turned his back on him to focus on a group of Joes.

Unable to pass up the opportunity, Major Bludd aimed his tank’s cannon at him and opened fire.

Fortunately for Destro, the Baroness was piloting Bludd’s tank. When she realized who Bludd was aiming at, she turned the tank as sharply as she could.

Her actions caused the tank to overturn and ultimately explode. Destro could only watch as the flames consumed the love of his life.

Cobra Commander, thinking quickly, focused Destro’s rage onto Bludd. In mere seconds, he had Destro convinced that Bludd wanted the Baroness for himself and caused the crash when he realized that he couldn’t have her.

Destro lost interest in taking control of Cobra. He instead focused on his ultimate goal. Vengeance.

Large and in charge

Destro spent months searching for Bludd and plotting his downfall.

During this time, he led the Cobra organization for a short while, after the Joes captured the Commander in Switzerland. To his own surprise, Destro did his best to retrieve the Commander from captivity.

While a rescue operation was in progress, Destro received a shocking visit from a ghost from the past. The Baroness simply walked into his office.

Worse still, she returned with Bludd at her side. 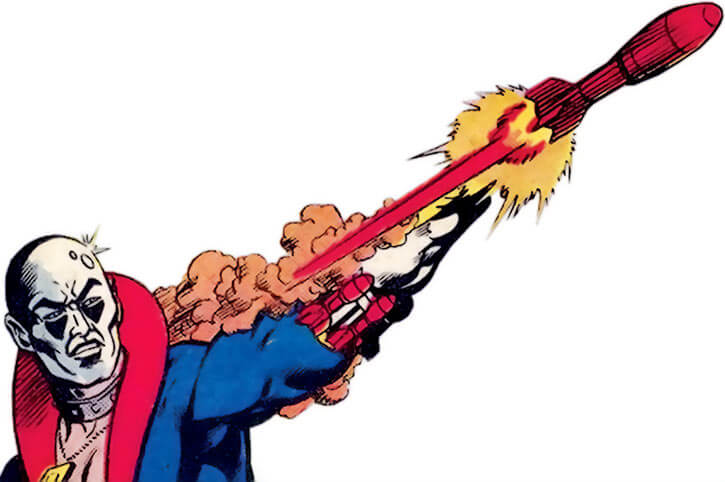 The two revealed that it was Cobra Commander himself that turned Bludd upon him. With the truth revealed, Destro joined them in a plot to murder Cobra Commander at a rally in Springfield.

A young boy was to assassinate the Commander during the rally in front of all the assembled Cobra forces. The ceremony went off without a hitch, until Destro spotted the would-be assassin.

It was Billy, the Commander’s son. In that moment, Destro found himself driven to act.

He not only saved the Commander’s life, but also prevented Storm Shadow from murdering Billy.

Billy was questioned by high ranking Cobra officials to discover who had hired him to kill Cobra Commander. Rather than reveal his co-conspirators, Billy remained silent.

Storm Shadow, impressed by his will power, broke Billy free and attempted to escape. Destro tried to stop them, but was easily defeated by Storm Shadow.

With the threat to the Commander’s life resolved, Destro fell back into familiar patterns. He went back to operating as the Commander’s right-hand and planning to defeat the Joes.

But from that point forward, he seemed to abandon his machinations to take over Cobra. The months he spent working at the side of Cobra Commander had changed him. While he often disagreed with the Commander, he had become as loyal as one could expect from a man like him. 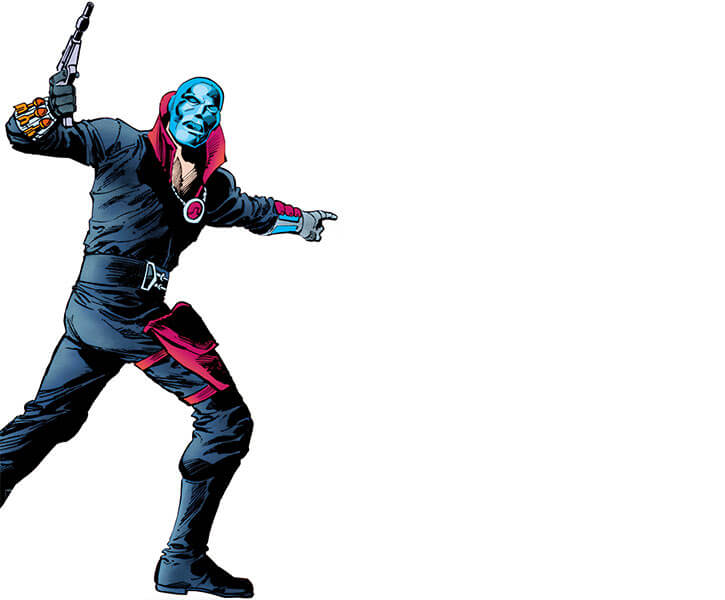 His features are always obscured by a silver beryllium steel mask which covers his entire head.

He wears a loose black jacket with a red-rimmed collar over his torso. The jacket is always open and displays his naked chest. His pants and boots are both black as well.

Destro’s only accessories are a holster that he wears on his right leg, and a pair of grey gloves over his hands.

Under normal circumstances, Destro is calm and methodical. He approaches problems with an analytical mind and a soldier’s focus.

However, he has displayed obsessive tendencies and periods of rage. This dichotomy of behaviour makes him unpredictable and very dangerous.

Destro has a highly developed sense of honour. While is isn’t as strict with his word as Kwinn was, in general his word is his bond.

This isn’t to say that Destro is above treachery. When he felt he was best suited to lead, he betrayed Cobra Commander. However, once he committed to him, he became unswervingly loyal.

The one constant in Destro’s life is his love for the Baroness. He will risk anything, sacrifice everything and kill anyone in order to protect her and earn her love. 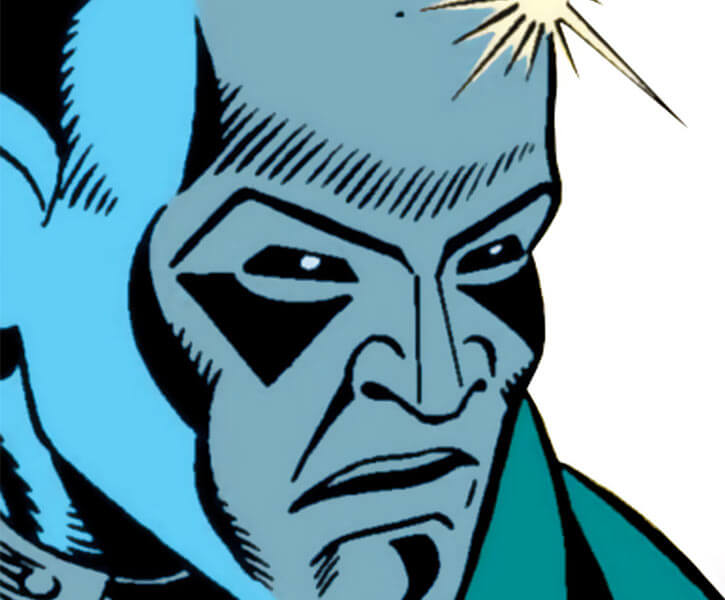 “You dare to lay your filthy hands on me ?”

Scarface: “Destro ! One of the men is falling behind …”
Destro: “Shoot him Scar-Face. Then fall back to the last position and administer the same to any other laggard.”

(To the Baroness) “I switched the clues in Sierra Gordo to bait the trap in Vermont. I set up Cobra Commander to be captured by the G.I. Joe team — I did it all for you.”

“You might as well give up, Snake-Eyes ! You’re really finished this time !”

“You also misunderstand my intentions completely… I have no great love for Cobra Commander, but I sided with him. I won’t discard loyalty like last year’s fashions.”

CIA toward The Baroness, Secret Identity.