He can destroy stuff… really well, too, I bet. He’s beginning to destroy the “Doover Dam” when the Flash shows up. At this point, he’s only managed to make a small (three foot wide) hole in it.

He appeared in “A Flash in the Dam”, an ad appearing in Superfriends #33, for example.

Before he can finish destroying Doover Dam, the Destroyer has to contend with the Flash who fills up the hole in the dam with some nearby rocks, and gives some Twinkies to the Destroyer, who is so happy now that he decides to give himself up.

“There is a lot of happiness in HOSTESS™ TWINKIES CAKES,” the Destroyer comments.

Bald on top, with white hair on the sides of his head, extending down to his moustache and beard. He wears a long-sleeved black shirt with eight yellow buttons (in two vertical rows) and a high collar. Over this shirt, he wears a long, thin brown vest, which extends far below his waist.

His pants are grayish-brown (they don’t match the vest) and have bell-bottoms. His brown boots match his vest. He also wears a bright blue cape to complete the ensemble.

To quote the Destroyer, “I want everybody to be miserable and unhappy like me. They will be unhappy when I destroy the Doover Dam !” 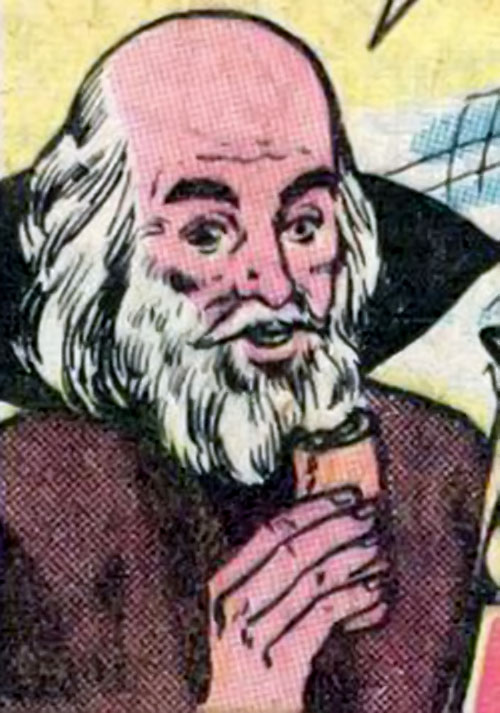