Snyder is particularly large and muscular. He has an exceptional killer instinct.

As Devastator he doesn’t seem to have received superhuman powers like other Cadre members did. Instead, he was was assigned body armour and an energised poleaxe.

This axe could slash clean even through Booster Gold’s heaviest suit of armour. Devastator may be obscure, but he’s deadly.

Snyder was a psychopathic killer jailed on death row in Florida. He reportedly had run out of ways to kill people creatively.

In 1984 he was telepathically contacted by the Overmaster, who was approaching Earth. The Overmaster wanted Snyder to join his Cadre.

Presumably Snyder agreed, was teleported from his cell to Overmaster’s ship, and received his equipment. He joined the version of the team under the command of Shatterfist I.

During the battles around the Overmaster’s ship, Devastator felled Booster Gold. He slashed through his armour and severed an arm. The blow was fatal, though Booster was unable to die since death had been suspended planetwide by the Overmaster.

Snyder fought in various other battles against the JLA and allies, at one point duelling Lionheart.

What happened to him after that is unrevealed.

A sadistic, obsessive serial killer, with hints of also being a sexual predator.

“Hey, you’re Booster Gold… I read about you when I was on death row ! You’re a real clown !”

* Without Defensive Roll
** With Power Armour 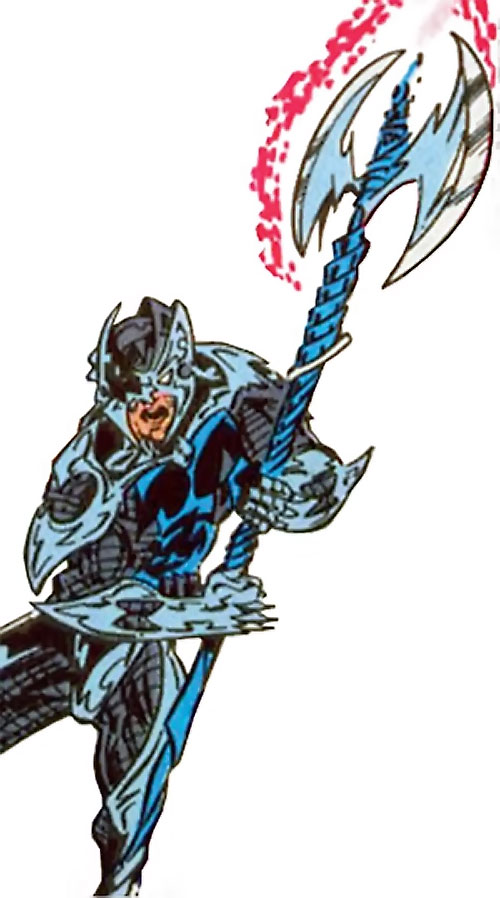 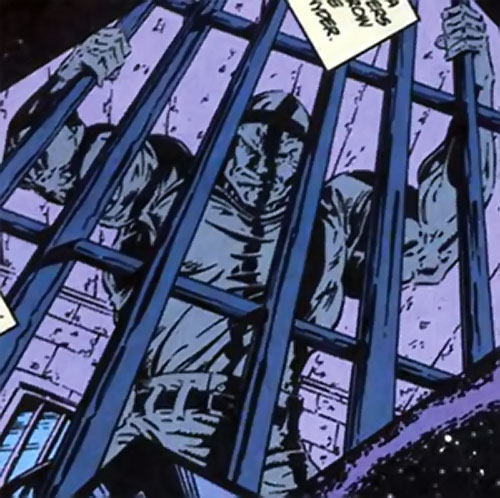