The first version of the Devastator suit that he wore is an unassisted suit of body armour. It is powered by energy beamed by a cloaked satellite. This power source is undetectable, barring the use of special sensors.

The armour flies through boot jets. But its main asset are the gauntlets, which can project tremendous amounts of concussive force and/or heat. Each gauntlet has roughly the power of a tank’s main gun. Thus, the Devastator was able to wreak incredible destruction at Gamma Base within minutes.

Later appearances of a similar armour demonstrated that the jet boots had high subsonic speed, and that the power from the satellite could be beamed though obstacles. It can work through at least ten meters of rock and metal, with the upper bound of this being still unrevealed.

As “USAF Captain Peter Kirkman”, Gremlin agent Kirkov Petrovna infiltrated Gamma Base. he used an admirably forged identity prepared by the Gremlin. His mission was to prevent the secrets of the Gremlin (and especially the fact that the diminutive genius had captured Colonel Talbot, widely believed to be dead) to be discovered by US Armed Forces personnel.

In preparation for this, Petrovna smuggled in the Devastator armoured suit in case he had to raze Gamma Base. At first, he didn’t need to. For instance, he shot dead the first researcher to discover the truth about Talbot’s faked death.

However, this murder was but a setback to Project : Greenskin. When General Ross told him the results would be obtained within the day, Petrovna knew he had but one option left.

The Devastator struck against Gamma Base by complete surprise. Thus, he took out large numbers of military vehicles before they could even be scrambled. He demolished entire buildings. Initial retaliation failed as he downed the jet fighters sent after him.

However, the shockwaves triggered by his assaults were enough to damage the current prison of the Hulk. This allowed the green titan to escape.

The Hulk made his way to the surface and confronted the Devastator, who decided to kill him. However, even the power of the Devastator couldn’t really hurt the jade behemoth. The Hulk crushed Petrovna’s gauntlets to neutralize the threat and simply walked away.

Petrovna attempted to pump more power into the gauntlets, which resulted in the Devastator being incinerated.

A fanatical, humourless, aggressive agent who played the role of a dour USAF Captain very well.

Yet he preferred more direct tactics. Thus, he found the destruction he could inflict as the Devastator so exhilarating that he took on the Hulk himself.

“It’s happened ! The time has come ! I waited for this day… prayed for it… and now, at last, the equipment I’ve smuggled into the base piece by piece over the past months can be put to its proper use ! No longer will I be forced to continue the distasteful charade I’ve endured for so many weeks ! Now the years of training — of sacrifice — will be rewarded ! Now the sacred mission entrusted to me by my master will be brought to its inevitable conclusion ! The time has come, Peter Kirkman… nyet… Kirkov Petrovna… and today is your day !”

“I did not come to slay you, monster — you are merely an extra bonus ! My true mission is to preserve my master’s secret — at all costs !” 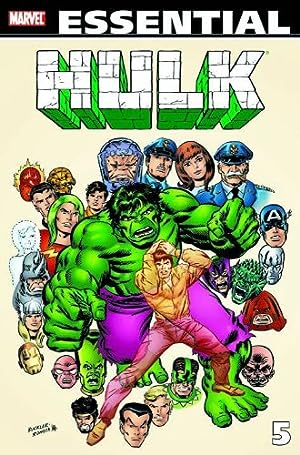 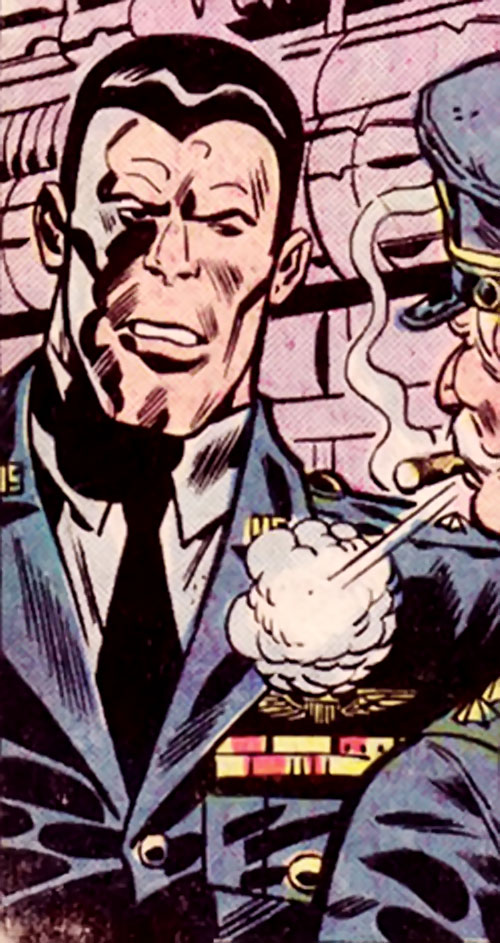