Reviews seemed to have been generally good, though the movie may have been too reminiscent of earlier horror films using the same gimmick.

Voreli started out as a simple doctor. However, his studies in Tibetan mysticism have gifted him with impressive powers over the human mind.

He can mesmerize people with little effort, merely by focusing his gaze upon them. Once hypnotized, they become his thralls, following his every whim. He may “call” to his thralls, and control them over great distances. He may also induce powerful mental illusions in his subjects.

He has also learned a ritual that allows him to transfer people’s souls. This ritual takes three months, but is nearly permanent once it takes effect. Strangely, it seems to gift its victims with the ability to transfer souls as well, although Vorelli does not know this.

Aside from his powers, he is also an adequate stage performer, although he relies more on his great force of presence than actual skill.

Hugo was formerly a stage performer, who was subjected to hypnosis as part of Vorelli’s act. He was the first victim of Vorelli’s Soul Transference ritual. Placed in the body of a ventriloquist’s dummy, he burns for vengeance against his master.

Although a dummy, he may move and speak with no support, and does so, as part of Vorelli’s act.

Alas, his personality was damaged badly as a result of his experience, and is only now reasserting itself. As such, he’s very vulnerable to Vorelli’s powers.

He tries to rebel against Vorelli when he can, or to give away information that may expose Vorelli, although he appears unable to speak out directly against him.

Back in the 1940s, Vorelli was a German doctor and possibly a Nazi. He became fascinated with the concept of mystical mind control. His research brought him to Tibet, where he learned how to mesmerize people, and learned a ritual for transferring souls.

(This was just in the water back then. As another example see Doctor Droom — Ed.).

With these great and fearsome powers he… started a stage act. Vorelli toured post-war Berlin with a pair of assistants. One of those, Hugo Novick, became the subject of the aforementioned ritual. His soul was transferred into a ventriloquist’s dummy, and his body was killed.

Shortly after this, Vorelli (with Hugo) relocated to London. He struggled to get into the theater scene before meeting Magda Gardinas, a showgirl who fell in love with him and supported him while using her connections to get him gigs. Vorelli repaid her by making her his lovely assistant when he became successful.

By 1964, Hugo had begun recovering from the shock of the soul transfer and rebelling, causing Vorelli some concern. That year, Vorelli encountered Marianne Horn, a millionaire heiress, when she volunteered for his act. Recognizing her from the society pages, he concocted a plan to get his hands on her and her money.

Fortunately, Marianne played right into his schemes when (at the urging of her boyfriend, reporter Mark English, who saw an opportunity to investigate Hugo) she invited Vorelli to perform at her aunt’s charity ball.

During the performance, Hugo tried to attack Vorelli with a knife, but was subdued by Vorelli’s powers. After the act, as Vorelli mingled with the cream of British society. Meanwhile Mark investigated Hugo, who (probably still under Vorelli’s influence), seemed to be an ordinary dummy.

That night, as Vorelli and Mark stayed in the Horn residence, Vorelli used his powers to seduce Marianne. While his master was distracted, Hugo approached Mark, speaking tersely and entreating him to find Hugo in Berlin in 1948. It seemed that Hugo could not directly expose his master.

The next morning, Mark set another reporter to digging up as much information as he could on Vorelli and Berlin.

In the meantime, Magda, angry that Vorelli had taken interest in another woman, and knowing more of his secrets than was healthy for her, threatened to go to the police with what she knew. Vorelli seduced her, and as she slept, compelled Hugo into killing her.

Mark suspected Vorelli was somehow responsible. He was going to investigate, when he was notified that Marianne had fallen ill. It seems the effort of resisting Vorelli’s mind control was a great strain on the poor girl, who entreated Mark to “Please…make him stop calling me…”.

Mark suspected Vorelli was at the bottom of Marianne’s illness as well. But with no proof, there was nothing he could do. Fortunately, his reporter friend had managed to find Vorelli’s old assistant in Berlin. After Mark had arrived, he told them the dreadful tale of Hugo’s death and transformation.

Upon his return, Mark discovered that Marianne had recovered shortly after a visit from Vorelli, with whom (completely coincidentally, of course) she had also fallen deeply in love.

Mark, depressed, went on a drinking binge, as Vorelli, at the theater, put Marianne to sleep and explained his wicked plan to Hugo. He would marry Marianne, and then transfer her soul into a female dummy (apparently just for the hell of it). With her death, Vorelli would inherit her money, and have two ugly wooden dummies to torment.

He also chastised Hugo, saying he’d been in his body for so long he’d almost become a person again.

Unfortunately for Vorelli, he’d forgotten to lock Hugo’s cage. When Vorelli’s back was turned, Hugo smashed the female dummy’s head in. Vorelli was stunned by the psychic backlash, and Hugo attacked. Their brawl smashed up Vorelli’s dressing room, but in the end Vorelli managed to overpower the dummy and lock him in his cage once more…

…or so it seemed, for when Mark, half-drunk and raring for a fight, showed up at Vorelli’s dressing room, Hugo, now in Vorelli’s body assured him that Marianne would be okay, for the tables had turned, and Vorelli was now a doll. Vorelli grabbed the bars of his cage, begging Mark for help…

Tall and gaunt with sunken, wicked eyes, Vorelli wears a false moustache and beard and an imperious, arrogant expression on his pockmarked face.

Vorelli is an arrogant, darkly smoldering sadist who seeks power, sex, attention, and money (not necessarily in that order).

He takes great pleasure in using his powers to torment people. During the movie he forces a volunteer to relive an execution he once saw (from the victim’s point of view), forces another volunteer to perform a striptease on stage, uses his powers to force Marianne to sleep with him and to fall in love with him, and nearly subjects her to the same fate as Hugo.

He has no qualms about using Hugo as a catspaw to strike against those who earn his ire (who would suspect a dummy, after all?), and treats the dummy like trash, locking him in a cage and constantly berating, insulting and dominating him.

Vorelli can, at times, have a certain oily charm, though this is more like a snake with prey in his sights than anything else.

(Part of their act)
Hugo: “Give me some wine. I want some wine.”
Vorelli: “A dummy drinking wine ? Don’t be ridiculous.”
Hugo (Pleading, angry): “I want some. Give it to me. I know what wine is. I’ve had wine before. I want some wine. Why shouldn’t I have some wine ?”
Vorelli (sneering): “You are a DUMMY, Hugo ! I am your Master !”

He thought way too small in the movie. Make him the center of some vast mind-control conspiracy, with a whole city in his thrall.

Something about him screams “Golden Age  JSA Villain”. In that case, you can definitely make him a Nazi, and have his powers be part of Hitler’s mystical research, and/or an ally of the Monster. He might have surfaced just after the war, or been working in America during the war. Hugo is optional, but adds a somewhat creepy touch.

Or perhaps Vorelli is still alive in modern times, and seeking a way to be restored into a human body. He might take over an important NPC or even a certain recently-deceased teen superhero… 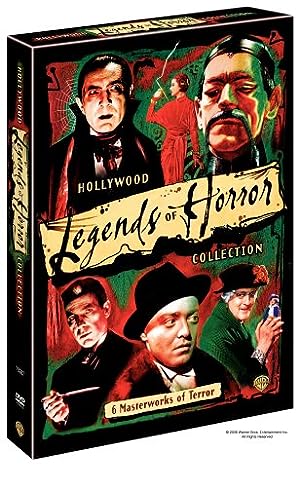 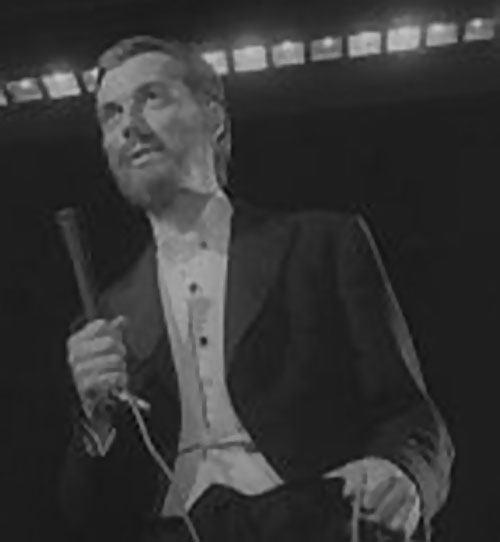 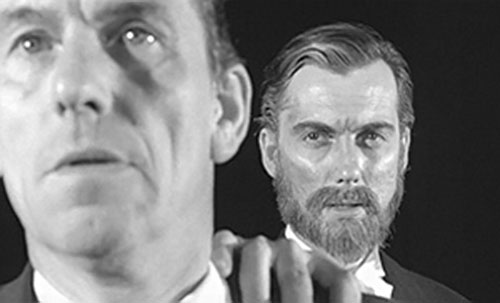 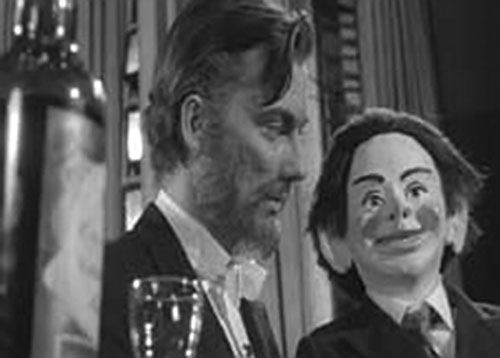 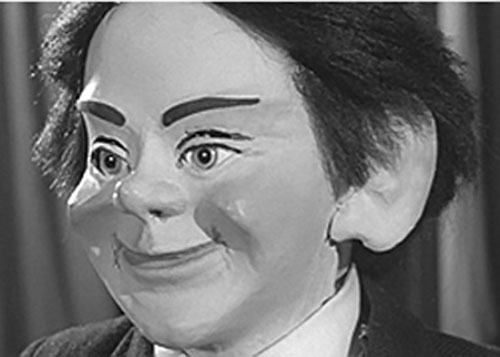