Diable is huge and exceedingly strong and tough. He can throw cars for hundreds of meters (and with an accuracy to be envied by the Yankees). He is very hard to hurt – and harder still to bring down.

Some of his fellow monsters could belch flames, but Diable has not demonstrated that ability. Perhaps the monsters can only do so in the Dark Dimension.

The creature later called Diable came from the Dark Dimension – also called the Mad Dimension. This place is not thought to be the same one as the space associated with Dormammu or Umar.

It is more like a Negative Zone -like space (and it may, indeed, be a part of the Negative Zone). It was discovered when the Night People from Zero Street were briefly exiled there. The part of the Dark Dimension that was observed is a sort of asteroid belt. Each asteroid was populated by one monster.

Asteroid monsters of the Mad Dimension !

Soon after they found themselves in the Mad Dimension, the Night People brainwashed the Falcon (Sam Wilson) into serving them. They had him expel the monster living on the asteroid their psychiatric institution had been shifted to.

Once that was done, the monsters on nearby asteroids stirred, sensing what had happened. Using some sort of telepathic communication, the monsters unexpectedly took flight. They converged toward the Night People’s asteroid to expel the foreigners.

With the help of Captain America (Steve Rogers) and “Texas Jack” Muldoon, the asylum was evacuated in time. A transdimensional  portal regurgitated the Night People and their temporary allies in the middle of New York City.

But unbeknownst to Captain America and the Falcon, one Dark Dimension monster had managed to get through the portal. The monster briefly clashed with Spider-Man (Peter Parker), then left.

Cut away from his home and very much disoriented, the otherdimensional monster wandered in small Manhattan streets. It was eventually spotted by Batroc the Leaper. Batroc approached it offering friendship, and somehow tamed the creature. He called the monster Diable (“Devil”) since it was demonic-looking.

Enthusiastic about having a monster of his own, Batroc attacked a S.H.I.E.L.D. operation shipping trans-uranium. He started his offensive by having Diable throw a car right through the special hovercraft carrying the shipment.

Captain America and Spider-Man soon intervened. They eventually managed to take out Batroc, by having Batroc and Diable collide with each other as they charged. But Diable was another matter.

A devil of a time

However the monster started glowing in a weird way, and ran off. It hijacked the Staten Island ferry, in the apparent hope that the boat would go home to the Dark Dimension.

Somehow determining that the glow meant dangerous radiation that could destroy New York City (?), Cap had Spider-Man fight the poor, disoriented Diable on the deck. Meanwhile, he rigged the engine room to explode and kill Diable.

The two men jumped free just in time as the explosion apparently destroyed the hapless creature. Captain America is a jerk !

The Dark Dimension monsters are normally grey and stone-like. But for some reason Diable looked a drab green. Perhaps it’s an effect that Earth air was having on his skin.

Drawbacks:
Strange Appearance, Involuntary Exile, CPR (limited life expectancy in Universe-616 – and perhaps all dimensions outside of the Dark Dimension). 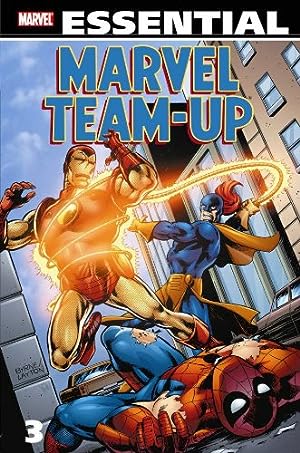 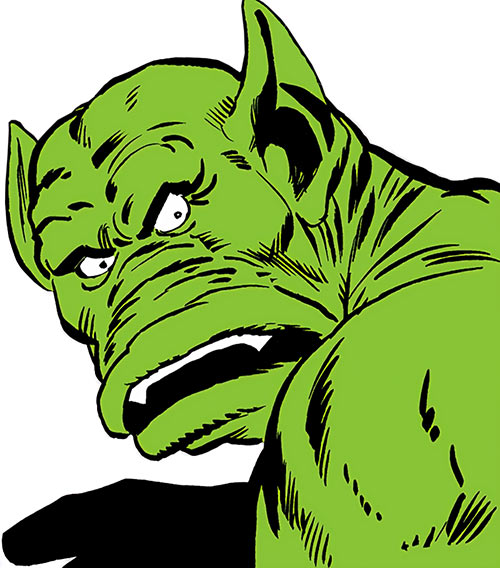 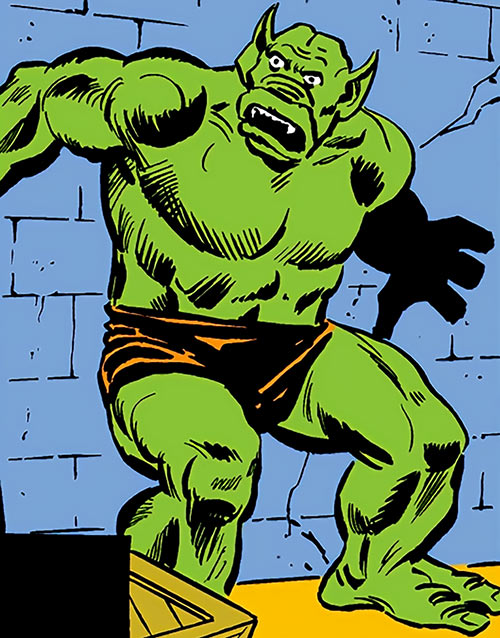