Atlas Comics was the successor brand of Timely Comics, and the predecessor of Marvel Comics. It was active during the 1950s, back when super-hero comics were in a slump. It was the interregnum era, between the Golden Age  and the Silver Age .

Astonishing was one of Atlas’ main books, and typical of the horror comics anthologies of the pre-Wertham  1950s. Each issue had a number of short horror/weird stories with a shock ending.

This character appears in a six-page story, “The Macabre Museum”, typical of the less horror-ish Astonishing fare. Atlastales.com  credits the story to Carl Wessler (writer) and George Tuska (illustrator).

She was picked since there’s nothing to say that she ain’t active in the modern Marvel Universe.

In 1953, in an American museum with a collection of Classical statues, watchman Herbert Nolan witnessed a statue of the god Pan coming to life.

Dancing and playing its pipes, it enthralled the museum’s president. The dance ended with the president forced to jump to his death from the roof. Mr. Nolan survived since he was deaf, and couldn’t hear the music.

On the following day a new assistant, Anton Tomac, joined the museum. A few days later the new president was killed by Pan just like his predecessor had been.

Watchman Nolan once again survived by disconnecting his hearing aid, but the police still didn’t believe his tales. That was even though he pointed out that the Pan statue had gone missing after the first murder.

A few days later the third most senior executive at the museum, who was now the President, was killed by the Pan statue. A nearby patrol police officer jumped to his death along with him.

By that point only Mr. Philip Lloyd was left among the original executives. He thus became President, and Anton Tomac was Vice President.

With Tomac promoted, Lloyd needed a new assistant. A beautiful lass, Iris Powell, applied and was hired. Within hours it was clear that she had a romantic interest in Mr. Lloyd, and was concerned about his safety.

Within days, she and P. Lloyd had become a couple. However, another statue — that of Diana the Huntress, complete with bow — had gone missing. This didn’t concern Lloyd, who was busy preparing his wedding as the conclusion to this whirlwind romance.

The statue of Pan then came back, and its music forced Mr. Lloyd to go on the museum’s roof. Once again, there was nothing deaf watchman Mr. Nolan could do. But as the music was about to force Lloyd to jump, it stopped.

Once the police came, Mr. Nolan indicated that the two missing statues were back. The statue of Pan now depicted the god lying dead, with an arrow in his heart. His features were exactly those of Antom Tomac. And the Diana statue’s face was exactly that of Iris Powell.

Nothing is demonstrated, but the appropriate strength and durability for a stone statue are implied. It likely also can regenerate — the Pan statue ignored having a chunk of its shoulder shot off by a .38 bullet.

If you want these characters to be part of the Marvel Universe, the usual explanation for 1950s horror/monster critters is that they were Deviants. Tomac and Powell may have been a brother and sister pair, whose normal-looking human form was considered monstrous by Deviants. 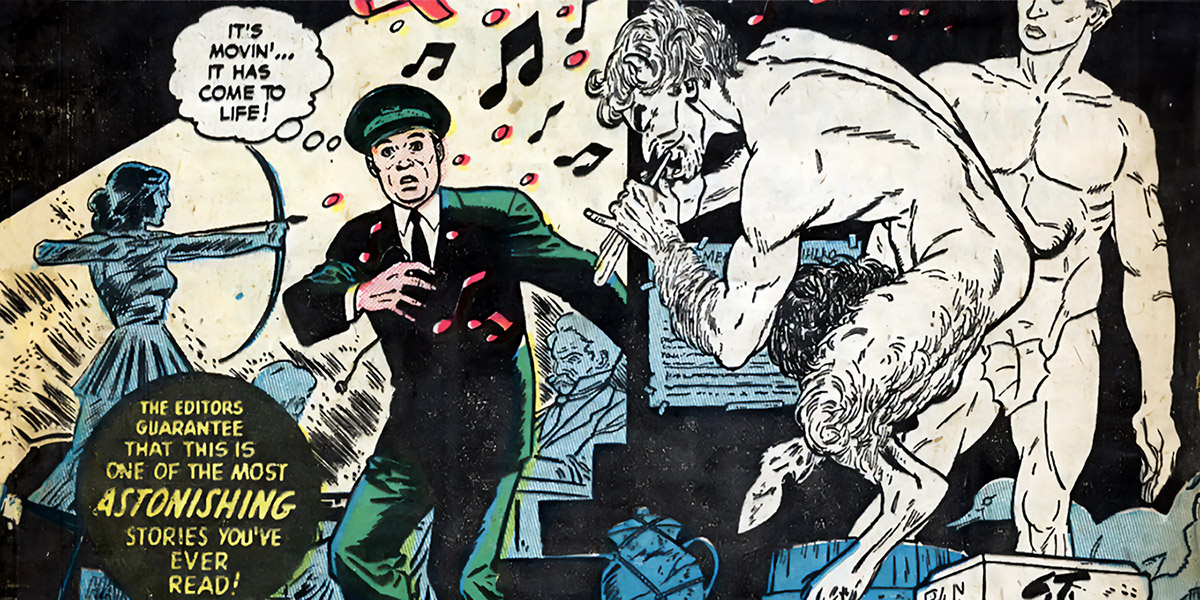 In this hypothesis, they sleep in statue form and usually sleep four days for every day of activity. “Iris Powell” stayed awake for several days in a row through coffee and willpower, but eventually had to sleep it off for weeks.

She likely can morph her statue form – the “Diana” shape may simply have been adopted since it’s a common theme for Classical statues of women. In the Deviant hypothesis, there’s no reason to assume a tie with Artemis or even hunting. “Iris Powell” was chiefly interested in marriage, which is rather un-Artemis-like.

The bow-aiming statue is only seen as a shadow, which may imply that it was nude (like the Pan statue was). The first panel (reproduced in this article) has her clothed, but the intro panel in these stories often contradicted the actual narrative.

If it’s a naked Artemis, the first example that comes to mind is the 1942 statue in Mexico City, at the fuente de la Diana Cazadora (“fountain of Diana the Huntress”) .

The only trait Powell demonstrated was being in love with Lloyd. She had presumably observed him whilst in statue form.

Drawbacks:
Alter-Ego (Controllable), Secret Identity and perhaps a MPR if she must spend most of her time sleeping in statue form.

I assume she can grow a bow and arrows out of her statue form, which simplifies as the Projectile Weapons power. A Self-Manipulation Power is also a possibility, though I’d imagine she needs to train for each different manifestation. 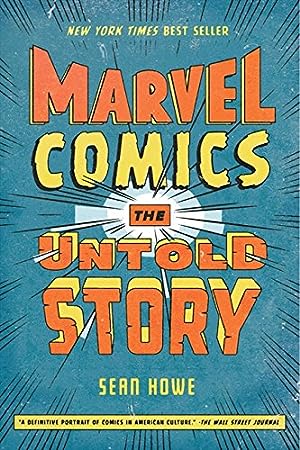