Diana is an obscure opponent of Batman & the Outsiders. She was only seen in one 1984 story.

She’s conveniently generic and undetailed, *and* she’s part of a themed team (Antaeus, Argus, Nox, Proteus, Vulcanus). So having notes for these guys sounds good to us.

Diana is a mistress :

She operates with a sidesword, a longbow and a pair of hunting doggos. 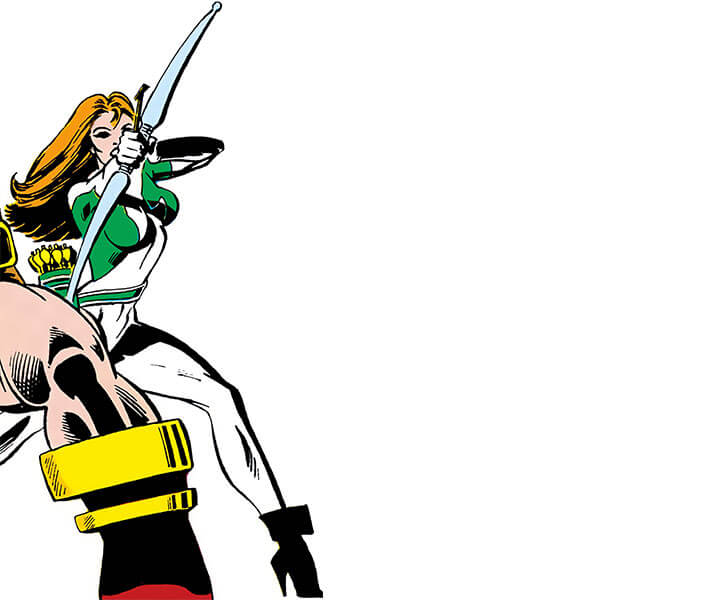 The New Olympians is a group of mortal supervillains who were given their abilities by the Monitor. They were assembled by Maxie Zeus to assault the 1984 Olympic Games in L.A.  , with President Reagan  in attendance.

Diana herself entered a contest of fencing and archery with Katana, which wasn’t a good idea.

In 2008 the New Olympians were all murdered by Gog (William Matthews).

Diana seems refined and somewhat aristocratic. She considered Antaeus and Geoforce’s wrestling match to be a crude spectacle, and saw fencing with Katana much more elegant.

She was shocked by Katana’s incredible weapon skills, but didn’t seem to be a sore loser. Although Katana knocked her out before she could really react at the end of the match.

“We will use dueling épées – not foils, so as not to blunt the thrill of combat !” 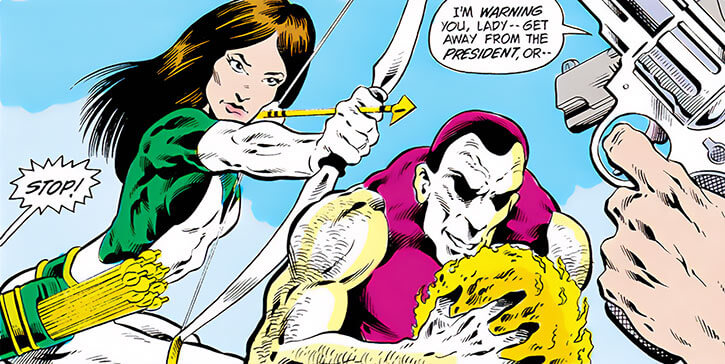 The New Olympians were endowed with their abilities by a cosmic source. Now, this doesn’t necessarily mean they should be particularly powerful. For instance, the gear of the Demolition Team also came from the Monitor and, well.

Still, that Diana doesn’t seem to have super-powers could be seen as a discrepancy. If you intend to use this character, it’s one angle to develop her.

Some ideas off the top of me head :

Let loose the dogs of war

Diana is often accompanied by a small pack of hunting dogs.

In her actual appearance, she somehow ended up with just a pair of pointer-type hunting dogs. Obviously, you can dispense with the poodles and break out a quartet of mastiffs instead.

A large bloodhound, Great Dane or similar will have the following stats :

The stats are more generous than our normal evidence-based approach.

I don’t remember the specific, but it presumably was a mix of benchmarking her against Katana’s Mayfair stats, and a general feeling that surely she had something more going for her than some martial skills and doggos. 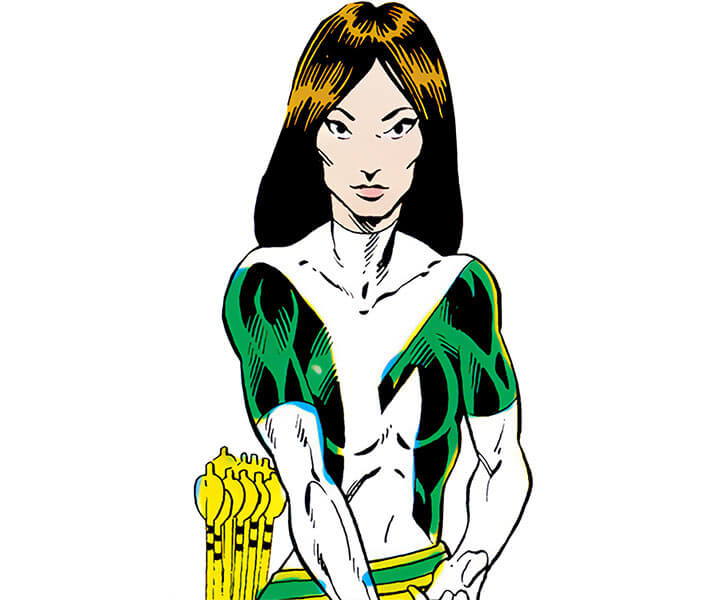