The Dibbuk is a highly malleable android, not unlike some of the Leader’s creations.

He is super-strong (apparently stronger than the Valkyrie), and his body will deform along physical impact. Ruby seemed confident that this pliability would allow the Dibbuk to withstand punches from the Hulk.

The Dibbuk could also adhere to walls (by creating suckers on his hands and feet) and teleport. Using his resilience and teleportation, he could even teleport slightly into the ground, giving the impression he was erupting from underground in a spray of debris.

The Dibbuk was apparently built in 1977, when Ruby Thursday was rebuilding her fortune by systematically robbing big winners in Vegas. While casing one such theft she encountered the alien Omega the Unknown, and grew interested in studying him.

When Omega briefly left to be alone in the desert, Ruby sent the Dibbuk to attack him. But her robot was surprised by the strength of Omega’s energy blasts and retreated rather than risk being wrecked.

Shortly after this encounter Ruby robbed the latest winner, and had the Dibbuk handle the money. He teleported away with it so she could leave unemcumbered. Omega the Unknown chased Ruby, but due to his lack of familiarity with Earth was shot dead by the police.

Still interested in studying him, Ruby Thursday infiltrated the morgue. She then had the Dibbuk teleport the corpse to her lab. As she was about to dissect it it was suddenly replaced by a boy named James-Michael Starling. Annoyed, Thursday decided to cut Starling open instead. However, her lab came under attack by aliens who had been pursuing the boy.

The Dibbuk beat back the robots with Ruby Thursday’s help. But the lab was then attacked by the Valkyrie, the Wasp (Janet van Dyne) and Hellcat, who had been chasing the aliens. The Wasp, mistakenly thinking her opponent wore a helmet, blasted Ruby’s head open with an energy blast.

Distraught, the Dibbuk craddled the wounded Ruby in his arms and teleported away. His mistress eventually made a full recovery.

Despite his power, the Dibbuk was never seen again.

Mostly silent, though he occasionally roars.

The Dibbuk is basically programmed to be a very big, very smart, very faithful dog. Ruby talked to it like one would to a pet, though she used normal sentences rather than “doggy speak”.

The Dibbuk has simple emotions. He cries when Ruby is hurt, wants to protect her, likes to help her, and doesn’t like it when she’s disguised. Ruby would often revert to her normal appearance so as not to distress her “pet”.

Bonuses and Limitations:
It is very likely that the Dibbuk can only teleport to a place that Ruby is observing and some pre-programmed locations. Which would mean he has some sort of Eye of the Cat power linking to Ruby’s head. 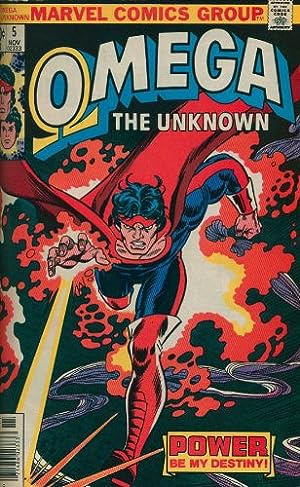 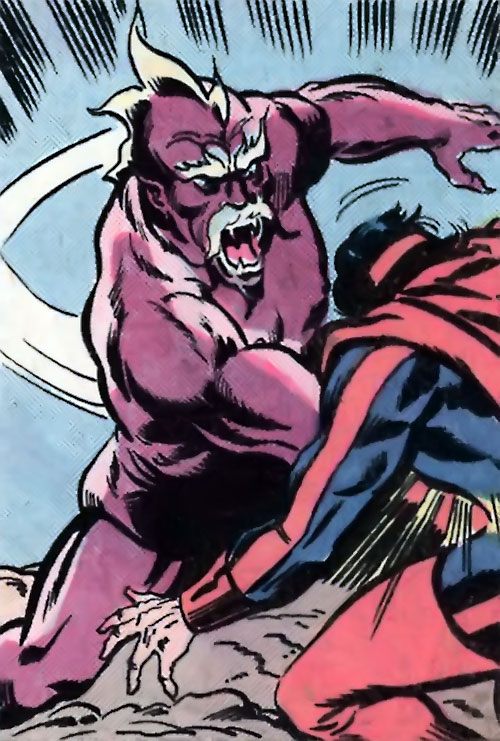 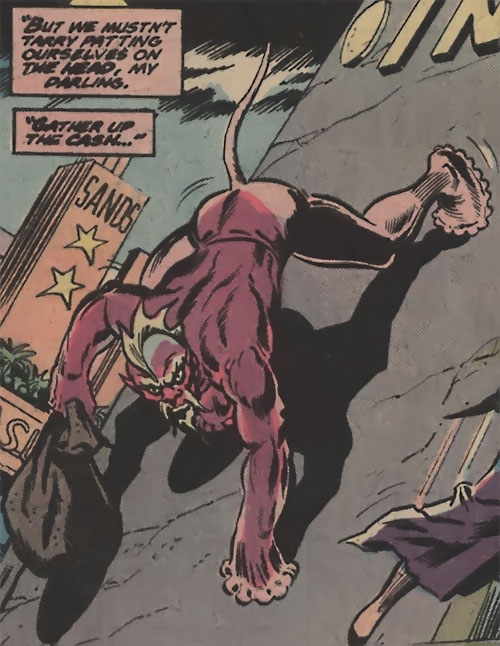