Rush City was a 2006/7 DC Comics Limited Series done in partnership with Pontiac. Yes, that doesn’t bode well – and the book has a significant racism problem as well, so I really wouldn’t recommend it.

However, the main character could be pretty cool. If formulaic, though that makes him easy to use. And he has some odd and interesting abilities.

Diego Zhao is an excellent athlete, gunman and hand-to-hand fighter. His reflexes are razor-sharp, and he’s a phenomenal driver.

Zhao also has extensive experience as a NYFD firefighter (and is a qualified EMT), and seems to be a natural man of action. He’s familiar with common investigative techniques, such as interrogation, credit card tracing, running DMV records, etc.

Although he does not know it, Zhao is a metahuman with a sort of heightened awareness, a super-intuition. This is actually easier to explain in DC Heroes RPG terms, for those who sling the lingo :

His most striking superhuman ability is his ability to orient himself. He has a very developed, but still normal, Area Knowledge of New York City. He also has two “super Area Knowledge” Advantages.

For instance, if a fire is raging in the building, he will know the annotated floorplans as they are *right now*. Such as burned out and weakened areas, collapsed floors and ceilings, etc. Thus, he could as a fireman flawlessly navigate a burning and damaged building without getting lost, and get exactly where he wants to be.

This even extends to, when navigating subways tunnels, knowing exactly where all the subway trains are. A collision between the trains and his car is practically impossible as long as he’s the one driving.

(Like Powered Skills, having Powered Advantages chiefly means that they can be Neutralised and otherwise affected by some meta-Powers (Drain, Mimic, etc.)).

Rush’s instincts are keen enough to infer the most likely path taken by a person, a getaway car, etc. In game terms this is very similar to a Military Science (Tracking Roll), except he doesn’t have to break stride and study the environment to make his roll. In an urban milieu there are usually sizeable penalties, but Rush can apply his Area Knowledge.

Zhao used to have an Expansive Headquarters in an abandoned subway station on the original R line. But he had to abandon it at the end of the Limited Series.

Though his services can be hideously expensive, he tends to tailor his fees to the person. Thus, he often ends up working for free or losing the money. Otherwise his Wealth would be much higher.

Rush doesn’t seem to have contacts with the NYFD anymore.

A word from our sponsor

One of Rush’s key assets is “Sam”, his tricked-out Pontiac Solstice. He’s an incredible driver, well capable of movie-grade stunts, and Sam is a powerful, compact, very manoeuvrable muscle car. It can zip through the city and between obstacles in a way most US-made sedans are incapable of.

A common trick of Rush’s is to drive down a subway station. The car can fit down a typical entrance’s stairs, though I’m not sure how he gets past the turnstiles. He will then use the retractile casters hidden behind the rocker panels to ride the rails at full speed. There’s even a busbar to get power from the third rail.

Hidden in the front are twin 12g shotguns (custom-built, belt-fed, auto-loading Remingtons). These fire a mix of buckshot and flechette  rounds. Those are particularly good for anti-personnel fire (normally hitting in the legs) or to kill tyres.

Secondary sources indicate that the front includes a titanium core ram plate with hydraulic shock absorbers. That allows Sam to ram other vehicles and obstacles with considerable strength without suffering much damage.

Diego Zhao is a native-born New Yorker. During high school, he worked as a grocery delivery guy and bicycle messenger. This is how he started developing his Area Knowledge, criss-crossing the city time and again. 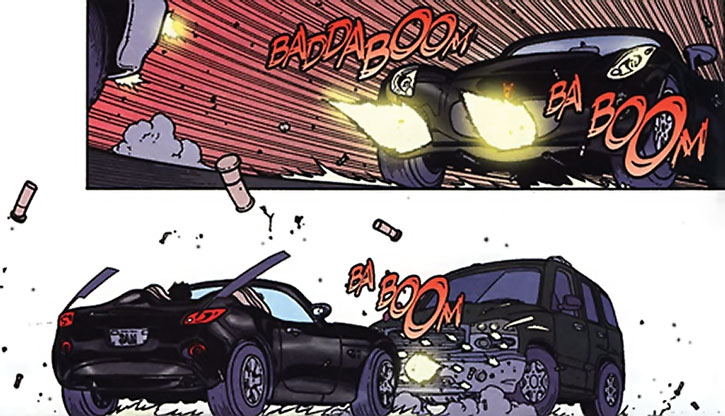 When he was 15, he helped guide a NYFD truck around a gridlock to respond to an emergency. The thrill and satisfaction of having taken part to a rescue action were a powerful feeling. Diego decided he would join the NYFD as soon as he could.

Once he was a firefighter, Zhao soon became a legend due to his courage, dedication and heightened awareness. Even in the exceedingly adverse conditions of a fire, he could just run into the smoke and flames. He never, ever get lost or delayed as he searched for survivors. This modus operandi earned him the nickname “Rush”.

One night, Diego was carousing with his fiancée. When they got home in Brooklyn, their building was on fire. Unthinkingly, Diego rushed on to find Samantha, the daughter of his fiancée whom he also considered to be his own. He grabbed her amidst the flames, but the floor collapsed.

They fell all the way through the parking floor. By coincidence, they crashed right onto the hood of Mr. Zhao’s car.

Zhao narrowly survived, but Sam was DOA. Whilst Rush was used to always knowing what he was doing, the alcohol has dulled his senses and super-instincts. His decision had thus been stupid. He had charged in without any equipment, without coordination with the firefighters there, without even a fire blanket that would possibly have saved Sam.

Maggie broke their engagement off without wanting to ever see him again. The NYFD discharged him for his illegal behaviour under the influence and his injuries.Mr. Zhao spent months in the hospital, receiving skin grafts over his arms and shoulders. These had been badly burned whilst trying to shield Sam from the flames. 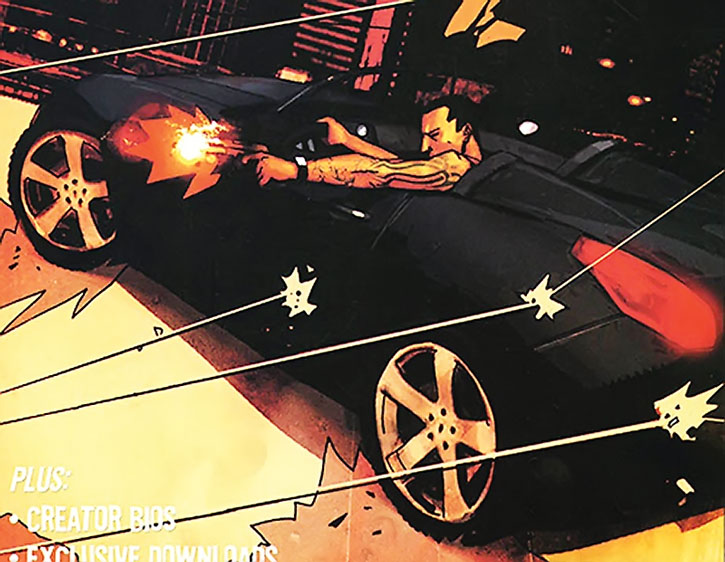 His life in ruins, Zhao rebuilt himself physically. He redeveloped his wounded body beyond all firefighter standards even though he couldn’t rejoin.

The only thing that was left from his old life was his sports car, which had been Sam’s deathbed.

He used to refer to the car as being Sam’s. The little kid was certain, for some reason, that Diego’s flashy car would be hers when she would be old enough. Diego came to call the car “Sam” in her memory. He spent most of his time driving it.

Seeking to atone for his mistake and Sam’s death Diego became, under the name of “Rush”, a street mercenary. He would donations to find lost people – runaways, kidnapped people, folks with a medical condition, criminals having hit the mattresses, etc..

With his gifts, Rush is impossibly good at finding people and getting them out of trouble. He always work alone. His car is a two-seater, and the passenger seat is for bringing the principal back.

He has a great street rep, carried by informants, well-wishers, folks who know folks who have his unlisted number due to a previous case, small leaflets stuck on telephone poles with tear-away phone numbers, etc.

He does not have a private detective license, though.

Down to the wire

Rush has an impressive track record. Even in a city of nine million and under impossible deadlines. His instincts, sheer motorised speed and ability to navigate among and below the city make him the best, last chance to find somebody.

During one of his cases, he even teamed up with Black Canary. It is thus probable he’s now in Oracle’s digital Rolodex.

Rush is an intense, brooding, focused and experienced man. He lives for his job and to atone.

His intensity when on the job is reminiscent of action movies like Speed or Crank, at least when there’s some sort of deadline or opposition to beat. 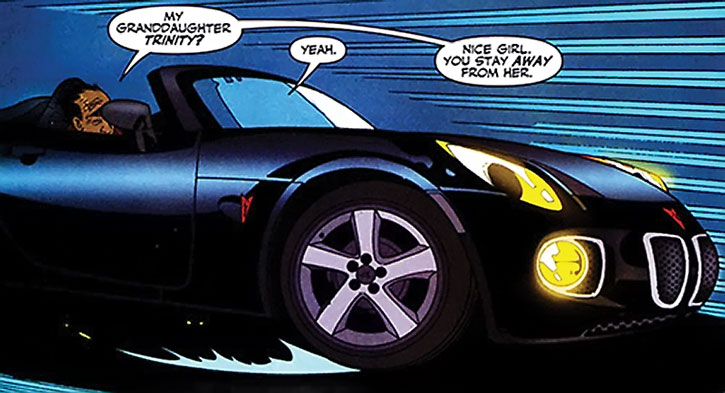 “I need a recent photo. And I’ll need her insulin in case we’re running the clock out.”

“I do this alone. No negotiations. I’ll be going places you can’t go.”

“You have a surveillance camera. Show me.”

(Talking to himself) “I can’t help it. I’m thinking of you, Sam. I made a promise I swore to keep. I can’t drop the ball. Not this time. Not ever again, Sam.”

Bonuses and Limitations:
The upper half of Rush’s INT and WIL is Powered. So if he were, say, Neutralised he would be down to 04.

Philly is a hacker and research specialist. He often works for Rush. He’s a Black guy with shoulder-length locs, living in NYC. He has Scientist (Computers, Research): 05 and Area Knowledge (Internet).

Philly and Rush almost entirely work via cell phone and rarely actually see each other. 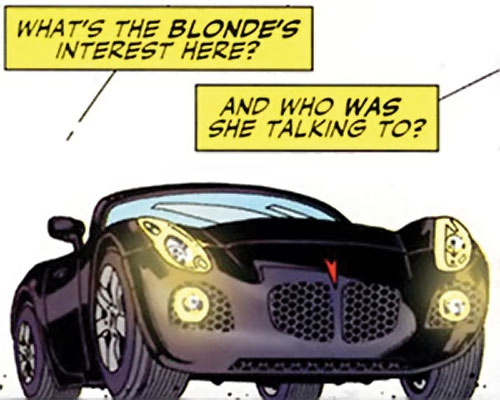 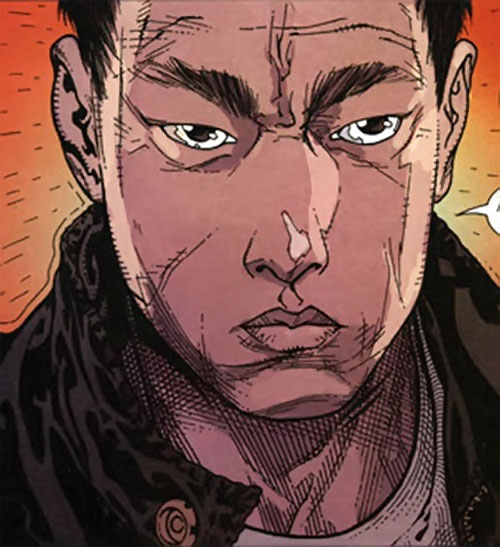 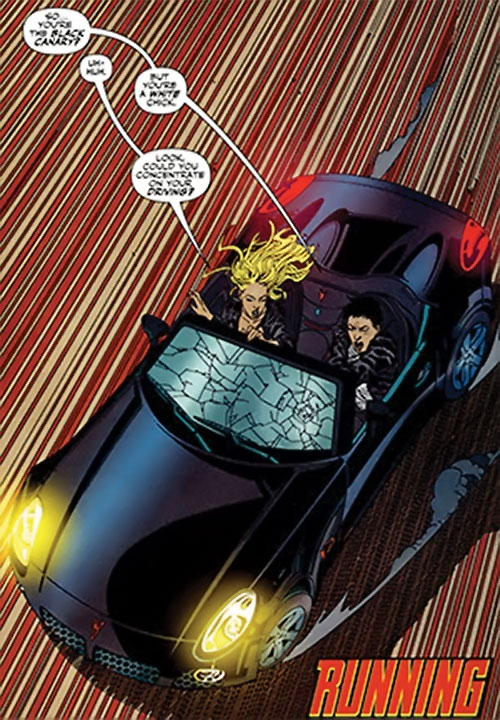 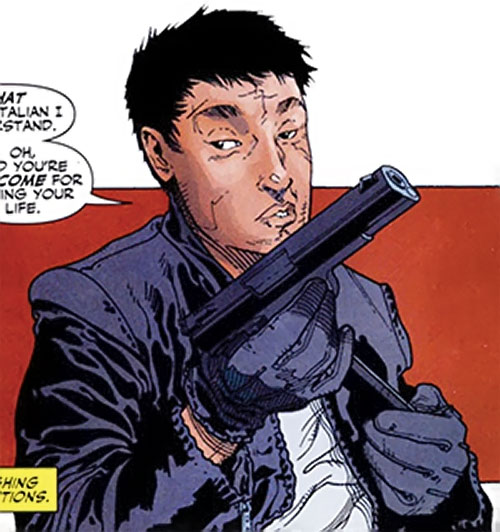 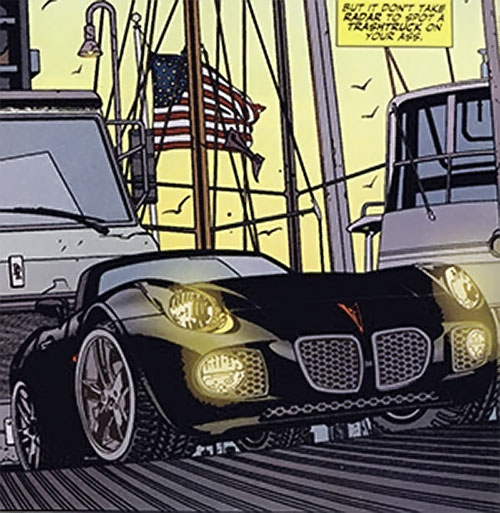 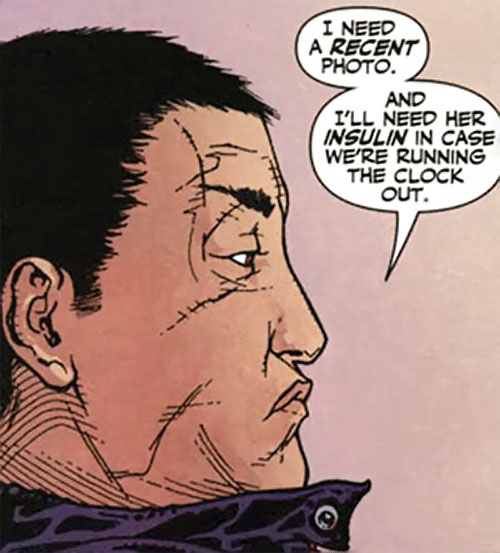 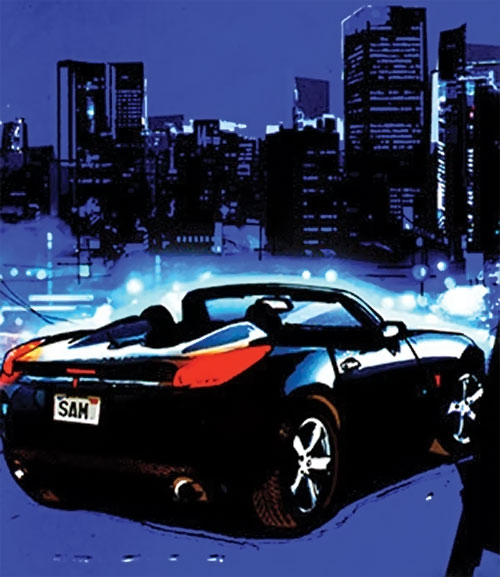 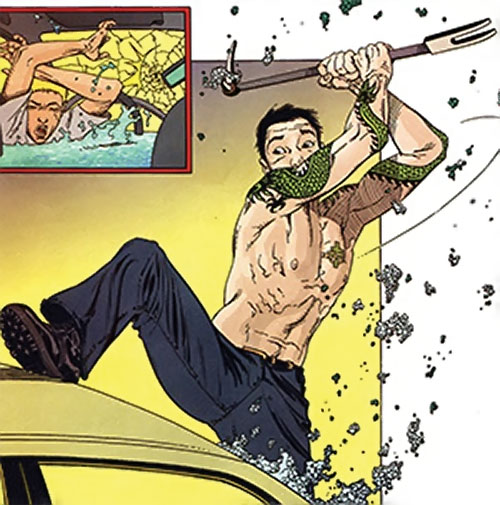