As you can tell from the book covers in our Amazon links (because adverts on writeups.org are useful and germane), this character is from the Stephanie Plum series of novels.

Ms. Plum is a less-than-competent bounty hunter in an occasionally strange world.

Diesel appears in Visions of Sugar Plums, Plum Lovin’, Plum Lucky, and Plum Spooky. Then in a trio of spin-off-novels.

However, his second and latter appearances took place after this article was written. Since this profile is particularly old – you may notice it doesn’t use what has since become our full format and level of detail.

He teleported repeatedly into Stephanie Plum’s apartment, but claimed that someone else was doing that. Treat his teleporting in at the start of a case and teleporting out at the end of a case as a plot device.

Whoever does the teleporting apparently instinctively puts him on the trail of his quarry. 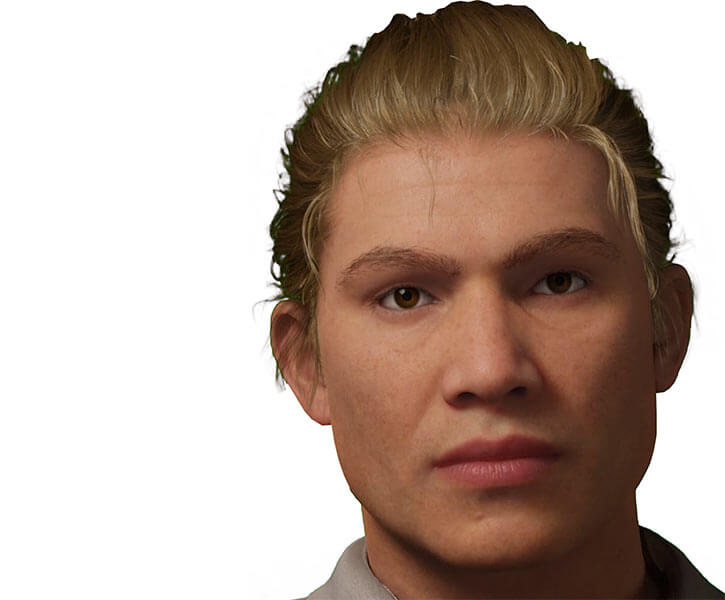 Diesel is a member of a secret society of superhumans living hidden within human societies.

His job is to track down those superhumans who are abusing their power (as the secret society sees it). Then remove them from society.

Because of this, a few days before Christmas he was teleported into the apartment of one Stephanie Plum, an incompetent but lucky bounty hunter.

He’d been assigned to apprehend John Ring, a elderly criminal with electrical powers. Diesel was sent to Plum because precognition indicated that she had some kind of connection to Ring.

At first this seemed to be because she was after “Sandy Claus”. Claus was a former superhero who had become a toy manufacturer who only hired little people. He had robbed a store to get materials for his assembly line.

Since Ring was out to kill Claus, it seemed like a reasonable connection.

However due to Ms. Plum’s peculiar luck, it also turned out that her grandmother was dating Ring.

“He was over six feet, with wavy blond hair pulled into a pony tail, deep-set brown eyes and an athlete’s body. He was dressed in jeans, boots, a grungy white thermal shirt hanging loose over the jeans, and a beat up leather jacket hanging on broad shoulders. He was sporting two days of beard growth…”

(The portrait for this profile is arbitrary — Ed.).

Diesel is pleasantly evasive. His organisation operates on a need-to-know basis. And even if you needed to know, you probably wouldn’t believe it anyway.

He has the easy-going confidence of a man who is never out of his depth.

And no matter what kind of cookie it is, it’s his favourite.

“Sweetcakes, you wouldn’t believe me if I told you.”

“Sunshine, it’s a bigger deal than you can imagine.”

“You need to get a sense of humour.”

“As it happens, I’m a little supernatural. Why don’t you accept that and go with it ?”

Diesel is part of a universe like that of Smallville — the TV series — or Buffy the Vampire Slayer. Where superhuman beings exist but keep a low profile.

But he could be adapted into a covert operative of mysterious affiliation and intent. He still won’t tell you what he’s doing a moment earlier than he thinks he has to.