This particular character was created when my brother was very young. We were both big Teen Titans/X-men fans in the early ’80’s. Diffractor became a member of his team, the Challengers. She has the power to manipulate light in various ways.

Diffractor does not have the ability to generate light, only manipulate it. She can remove light completely from an area effectively causing a field of darkness. She may also cause the light to flash brightly in a sudden intense burst. Diffractor can focus the light around her into a tight, powerful, laser beam.

She has learned how to manipulate the light in her own eyes allowing her to have night-vision. Because light entering the human eye is how we see, Diffractor may manipulate this and make her target see whatever she wishes, or nothing at all, completely blinding her target. As she gets more experienced with her powers it’s likely she’ll gain other sight based powers.

Daphne Martinez had a pretty standard life in America suburbia. She was born with her amazing powers but didn’t really start applying different uses for them until she was in her teen years. Before that time she only moved light around to see in dark areas. As a teenager she became much more creative.

When she heard about the Challengers and that they were recruiting. She started thinking about putting her powers to good use. This was not a decision to be made alone. So, she and a few of her closest friends came together to come up with the best heroic identity imaginable! After a montage of costumes and heroic names, Daphne settled on the name Diffractor.

One aspect of Diffractor’s heroic career that is different from other teen heroes, is her relationship with her parents. They are involved in her life… and while she at first kept the secret from them, she eventually told them and they supported her. Most teen heroes seem to have no parents that are involved in their lives.

So, Diffractor made her public debut at a gym where the Challengers were making their first meeting.

A young smiling girl with strawberry blond hair and a glittery costume calling herself Diffractor. She hails from local Siouxburg.

Her costume is in flux as she is a teen and will likely want to change it several times before settling on a final costume… maybe the team will have an argument about whether they should have regular, recognizable costumes or if they would be more effective being more incognito. (I don’t remember any comics having a discussion about why the garish, easily recognizable costumes.)

Diffractor is a smart driven teen. Grades are important to her as is the approval of her parents and teachers.

Diffractor is quiet and subdued for the most part, especially around adults. She wants to be liked, gets embarrassed easily, and is likely to overthink personal interactions.

People see her as cute and innocent. Her ideas get overlooked or pushed aside by louder voices. Blitzkrieg is the one who can cut through the chatter and honestly considers her as a member of their team. Most people want to help or rescue her but with what they think she needs but not necessarily with what she actually needs. She is not manipulative in any way; people see her and want to help her.

Blitzkrieg: “And you are ?”
Diffractor: “Diffractor.” (The young girl looked earnestly into Blitzkrieg’s eyes. She sat up on the edge of the metal folding chair, one hand gripping the other. Her right leg bounced nervously.)
Blitzkrieg: “That’s an unusual name.”
Diffractor: “It means one who bends light.” (She clasped her hands together.) “I can bend light.”

(After a harrowing ordeal in an underground lair with *no* light ! Acid bought her a flashlight.)
Acid: “Your gun is useless without bullets, honey.”

Diffractor and the Challengers can be inserted as is in one of the many cities needing heroes!

Diffractor got her start as a distant copy of Dazzler. I suppose her background could be reworked giving Diffractor a family relation with Alison Blaire.

She is also reminiscent of Lightwave (Aurora Dante) from the old Spider-Man cartoons.

Bonuses and Limitations:
Charisma (Persuasion) is a powered skill (+20).

Writeup completed on the 5th of December, 2016. 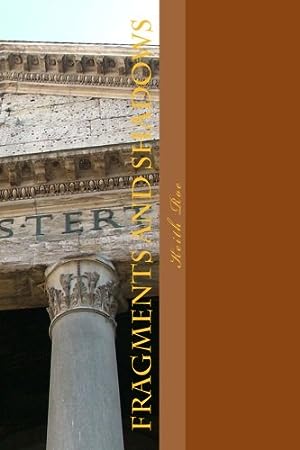 Fragments and Shadows, a collection of short stories, includes the story Challengers, involving these characters. Available on Kindle and in paperback.
Advertisement