Digger  was a heroic fantasy webcomic by Ursula Vernon. It won the Hugo in 2012, despite having seemingly started without any sort of clear plan and having grown organically.

Digger is pretty neat, with its own graphic identity and building its unique little world idea by idea. It’s also full of attaching characters.

Digger is a wombat . Which for non-Australians is sort of a large, marsupial mix of mouse and panda. Wombats are herbivorous burrowers, and have a kind of subdermal armour covering their posterior to defeat predators.

Though real-world wombats aren’t fans of daylight, Digger has no problem being on the surface whilst the sun shines. She also usually stands upright, coming at about diaphragm-level to a tall-ish human man or to the chin of a small human woman.

Digger comes from a whole culture of sapient wombats, with a number of clans. Wombat people are huge on excavation, and primarily work as miners. They work real hard at their trade, which makes them both knowledgeable about geology and extremely strong for their size. Since they swing a pickaxe 12 hours a day.

For Digger, mining is more than her more-than-full-time job, it’s also her hobby.

She is proficient at wielding her pickaxe as a weapon. That includes non lethal techniques favouring the handle as a coercion device, or even using it as a throwing axe. She is a good enough fighter to defeat several run-of-the-mill opponents by herself.

Said pickaxe is made of particularly high-grade metal. Digger will occasionally leverage that to shatter her opponent’s melee weapons. Then leverage this to criticise their poor grasp of metallurgy and blacksmithing compared to wombats’.

The large claws on her hands and feet allow Digger to dig pretty quickly in most soils, and she’s highly skilled at forming stable tunnels. Using a pickaxe is more efficient, though. Somehow, these claws do not seem to impair her fine manipulation abilities. Still, she presumably can’t do card tricks or stuff like that.

Most members of Clan Quartzclaw, including Digger, are very hard for gods to pin down using prophecies, scrying and other ESP, thanks to an ancestral pact. Wombats’ claws also tingle when the rock and soil around them is infused with magic.

The world of Digger is kinda, sorta an heroic fantasy world. There are dwarves, and lots of magic, and demons, and interventionist gods, all that stuff. However most of the action is low-key. It revolves around ordinary human beings (such as scholars or bandits) and some communities of talking humanoid animals (chiefly hyenas and wombats).

The area that Digger reaches at the beginning of the story — the Cerulean Hills — seems primarily Hinduist. It is sort of a smorgasbord of Indonesia, the Balkans (hence the vampiric vegetables ) and generic American-style fantasy land.

Wombats seem to be a bit like dwarves, but less important and more rare. They live underground and are rarely encountered by surface folks. Unlike Dwarves they refuse to use magic. As a consequence, their work is less spectacular (albeit more durable). Still, clans of wombats are occasionally contracted by other races for structural engineering work.

Wombats’ knowledge of geology seems to be as extensive as ours during the XXth century. For instance they have an accurate estimate of the age of the planet. They also have explosives – presumably derived from their geological knowledge. But these seem more useful for construction work than for military-type demolition.

Wombat society is incredibly sensible, practical and well-organised. They all think like engineers, but with very down-to-earth and no-nonsense ethics and a strong concern for the common good.

One day, Digger got hopelessly lost while digging a new tunnel. She ran into vapours making her delirious, then rushed across a large cave system. This made it impossible to retrace her steps or orient herself. Recovering, she was left with but the option to dig up.

Digger ended up in a small temple, at the feet of a statue of Ganesh . As she tried to orient herself to get back to her warren, the statue offered her some fruits. But it also determined that the hole through which Digger had arrived had strong magical properties.

Flummoxed, Digger confirmed that her hole only existed in one direction. That hinted that somebody had magically manipulated her to create it.

In this land, wombat people were nearly unknown. Though the language was the same the culture was quite different. Also, there was way too much magic and godstuff.

Digger usually wears a sort of small leather vest with sensible pockets, plus her backpack and pickaxe. This is all robust, practical equipment. She also has an earring on her right ear – a simple ring, presumably made of copper.

Being a marsupial, it’s nearly impossible to guess her gender from her looks. Early art erroneously featured her with breasts-like lumps, which was rectified. But since most people correctly address her as female one assumes that her voice sounds woman-ish.

Digger is a blue collar, salt-of-the-earth type. She’s reasonable, grounded, ethical and values professionalism and hard work. She is also smart, knowledgeable and more than willing to volunteer her opinion about most things.

Digger doesn’t see herself as an adventurer. But she will try to help people even if that involves obvious danger to life and limb and they’re complete strangers.

Digger ain’t too imaginative. Her pet mole was “Mr. Mole” and her pet fish was “Mr. Fishy”. On the other hand she’s particularly curious, likes talking with people, and behaves in a respectful but assertive and not particularly tactful way.

Her vocabulary is extensive. She has a taste for sarcasm, especially since most people lack common sense compared to a wombat.

Like most wombats, Digger dislikes magic. She considers it unstable, dangerous and irresponsible. Wombats don’t particularly like gods, either. Or prophecies. Still, one gets the impression that she’s more open-minded about that than most wombats, though she’ll soon be fed up with magical things.

Likewise she comes from a very rational, practical and organised society. Thus, the chaos of the outside world leaves her shaking her head sadly and/or facepalming. Digger facepalms a lot.

Many of Digger’s exclamations and turns of phrase involve moles. She’s also fond of quoting no-nonsense platitudes from her family members. She also assumes that everybody is fascinated by matter such as excavation, structural engineering or metallurgy.

Being a wombat, Digger is enthusiastic about digging and engineering. She loves work such as planning and digging ditches or cellars. Digger is proud of only delivering the most meticulous and durable work.

“What in the name of the dirt under the claws of the mother of all wombats is your problem ?”

“Your name was… eaten ?” (long blank) “Without getting into a philosophical discussion than I’m not equipped to handle, how, exactly, does that work ?”

“Prophecies. Meh. You can get a prophecy to say any damn thing you want. Nothing good ever comes of mucking about with prophecies. People lose their minds and start pulling idiotic stunts to self-fulfill the things. Tell them they’ll die tomorrow, and they’ll jump of a cliff to make sure. Prophecies are worse than magic.”

“Better working than weeping, as my mother used to say.”

“Wombat ethics are pretty straightforward, and were not meant for situations this complicated – unless geology is involved.”

“Shale and blood !” (her favourite exclamation)

“My dear hunter-gatherer, allow me to introduce you to lignite.” 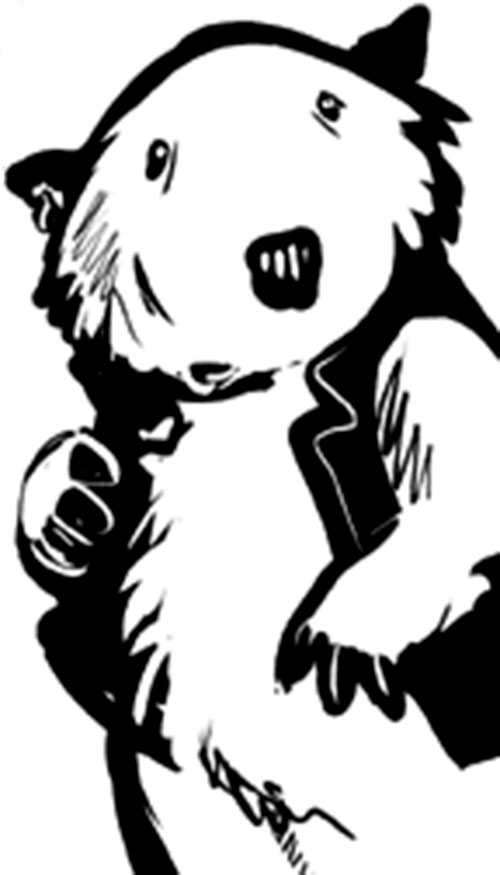 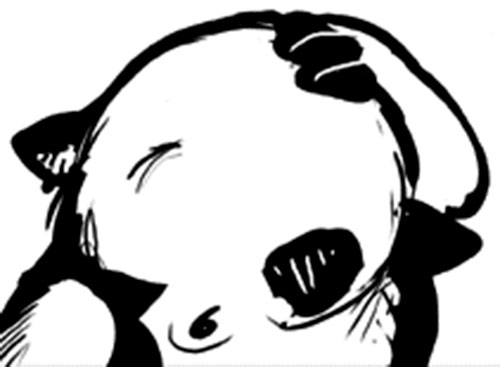 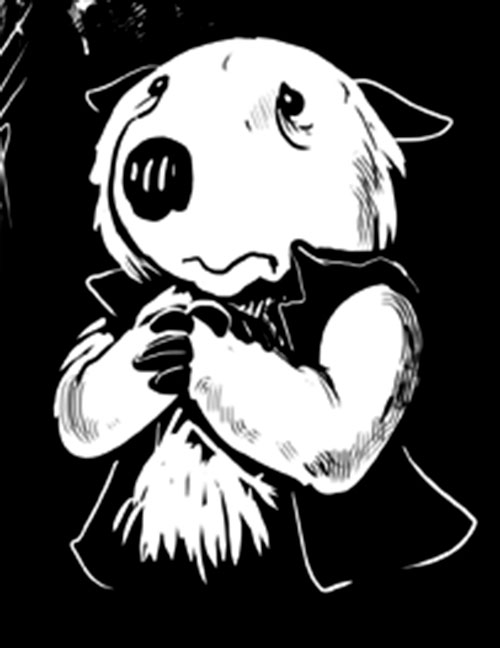 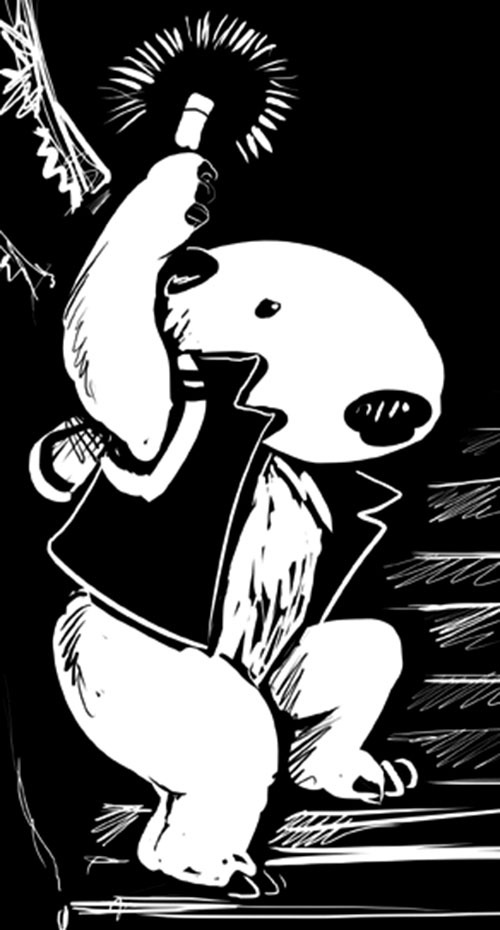 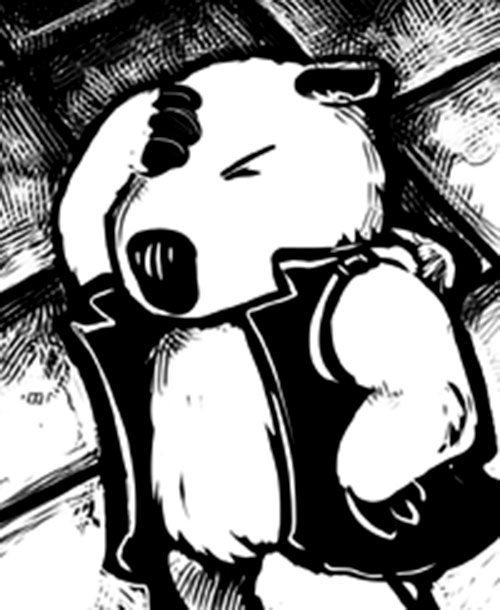