Digit appeared in Dragon’s Claws. This was one of the original comics released by Marvel Comics’ British arm, though their primary activity is republishing.

This profile is meant to be read after the Dragon 8162 character profile.

Since the story takes place in the year 8162 I’ve added that as an identifier. Just like with, say, Spider-Man 2099.

Like the rest of the Claws, Digit is a superb fighter, Game player and operative.

He has a tremendous perceptive and deductive intelligence. Digit can quickly analyze situations with great accuracy. 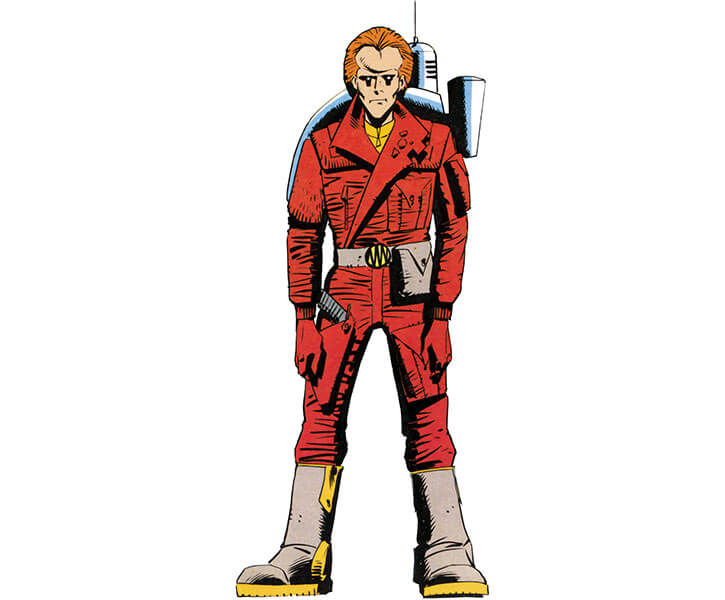 Tests revealed that Ayerson (then aged 8) possessed an IQ equivalent to some of the World Development Council’s top scientists.

He was taken away from his home in the Scottish Highlands. And spent the rest of his formative years with computers as friends and high-tech equipment as toys.

By the age of 16, Ayerson was a leading authority on computers. He set up and ran the World Data Correlation System.

No-one quite knows where Digit went during this time. Or why his departure was so sudden.

His ravaged body was found lying in a Game arena, some six months later. He had been tortured, shot through the head and left for dead. 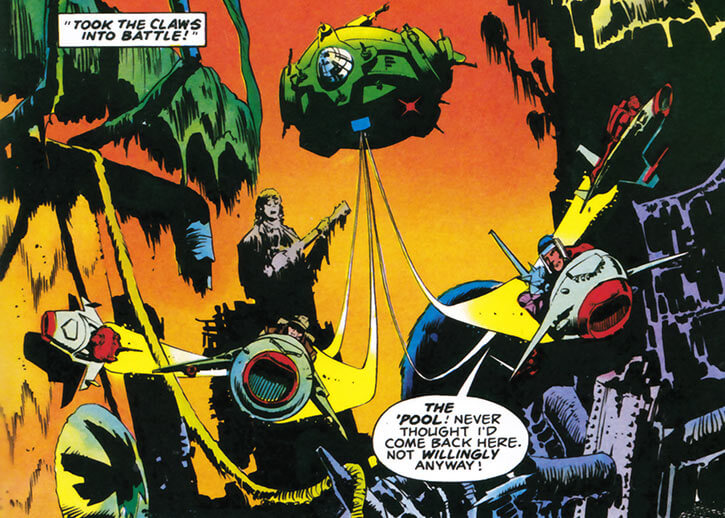 His favourite store on the Citadel

His condition was critical and his brain was damaged. Yet the same technology that Digit himself had invented saved both his life and his mind.

W.D.C. scientists introduced an organic computer element to the laser-burnt segment of his brain. Complex computer nodes were surgically implanted in place of the imploded brain tissue.

His memory (especially concerning the events leading up to his ’death‘) was apparently impaired. But his computer enhanced intellect was — if anything — greater than before.

To this day, no-one is quite sure how much of Digit is human, and how much is computer.

Judging him unstable, Digit was retired by the W.D.C..

But he was soon active again as part of the newly-formed Dragon’s Claws team.

After the Game was ended and the Claws disbanded, Digit’s activities are undocumented. Apparently he was into unfathomable computer stuff and incomprehensible studies.

He happily accepted the reunion with the re-formed Claws when they became N.U.R.S.E. law enforcement agents.

Digit’s eyes are always in the shadows. Except for a sort of thin, creepy red tube protruding from each eye.

He is happy as a Claws member. When Dragon is there he provides him with decisional data. When he isn’t, Digit acts as interim leader.

Digit never runs out of patience. He always explain everything calmly, clearly and logically. Even in the middle of a fight.

He seems to be a bit of a gearhead.

He also has stated he enjoyed being a Claw as “this unit offers intriguing possibilities”.

(Digit is attacked by an invisible opponent) “Taking into account time elapsed, wind direction, terrain and the vulnerable areas of my body, there’s a 92% probability that I will be attacked either here, here, or here. Ah, there you are.”

“My allotted targets have been neutralized.”

The Pig is the gunship used by the Dragon’s Claws. It looks like some flying hybrid between a tank and a bunker, and is bristling with weaponry.

Digit is usually the engineer and gunner, and Steel the pilot. 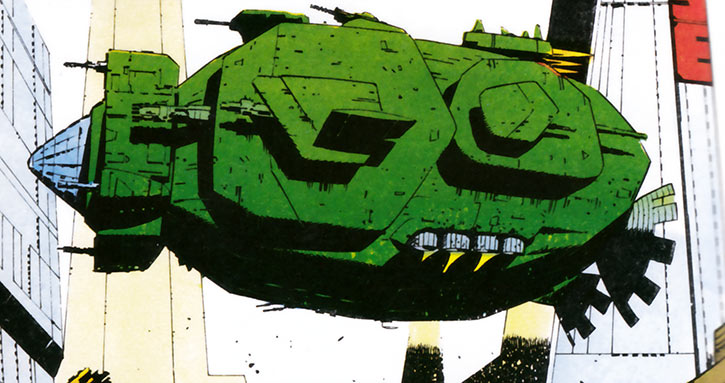