Dinah has razor-tipped reptilian wings, which allow her to fly. She has stated that her species has a longer lifespan than normal humans, and she also appears to have a higher degree of resistance to cold.

A matter of pitch

While she seems to be mute, she actually communicates at a very high pitch, which normal humans are unable to hear. She can also project some form of hypersonics which can disrupt other sonics, such as those used by Songbird to form her solid sound projections.

Her species does, however, have the ability to select a life mate, with whom they can communicate as normal. Dinah selected Mister Immortal.

She also carries around a whistle, a present from Mister Immortal, which she uses when she needs to draw her team mates attention.

A member of an unknown species, it’s unknown how Dinah ended up in Milwaukee. Responding to a personal ad for powered individuals, she became one of the founding members of the Great Lakes Avengers.

Falling in love with Mister Immortal, she helped him grieve for his lost love, and the pair grew close. Dinah’s people can for a bond with one mortal in their life, allowing that person to hear them talking, and she chose Mister Immortal.

She was killed by Maelstrom during the team’s first battle with him, and her soul was carried to the afterlife by Deathurge.

Her inability to communicate with most of her team mates can make her seem distant. She mainly interacts with Mister Immortal, but she is a trusted member of the team, and treats them as friends.

Her speech is unusually formal. 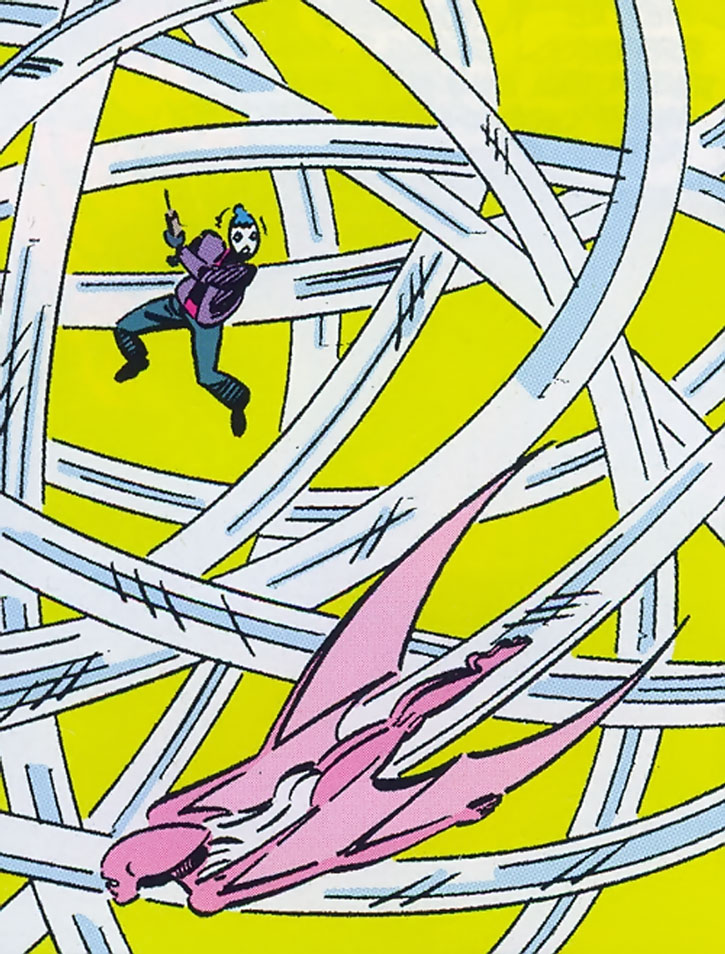 “Like you, Craig Hollis, my people are old souls. You are my ageless-love, and as long as I am here… for us, the centuries slip by like forgotten moments in time. Do not fear, my life-mate.”

Drawbacks:
MPR (Speaks at too high a pitch to be heard without Super Hearing), Strange Appearance. 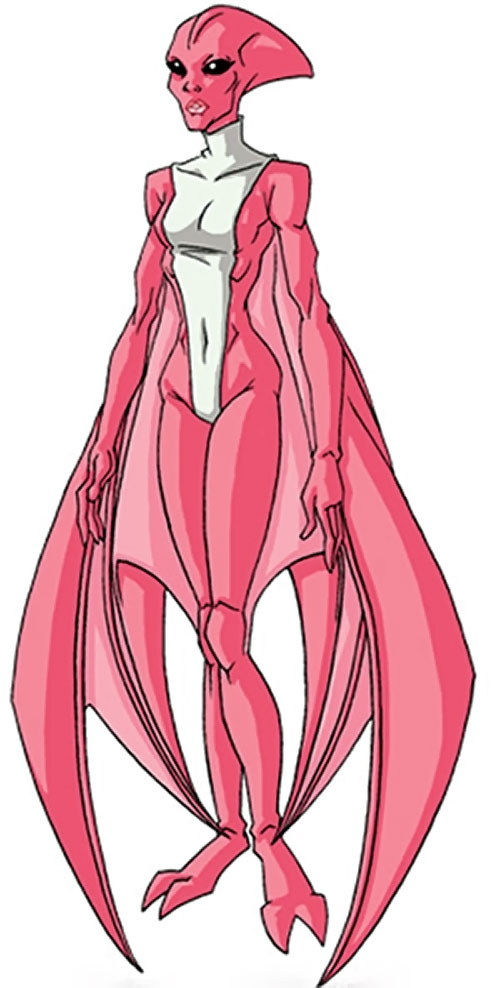 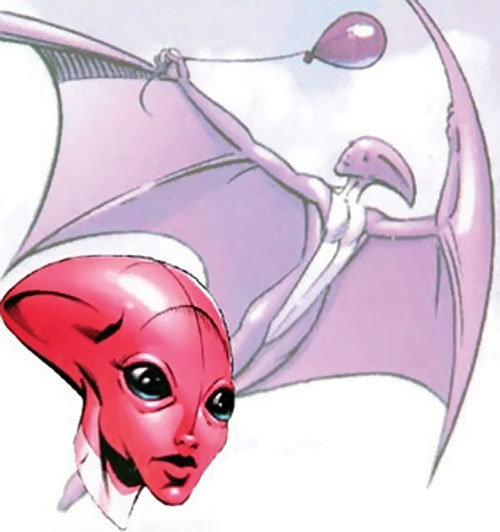