This entry is intended to be read after the Stiletto (Tom Stuart) character profile.

Discus is a big and brawny athlete, and likely has a background in boxing. He can take even more punishment than his brother – in fact he’s pretty damn tough. Like Stiletto, he sports an arsenal of exotic, low-level weaponry — his schtick being throwing discs.

Discus is a big, confident jock who enjoys brawling. He shares many of his brother’s beliefs about society — though he’s not as aggressive or proactive about it.

While he’s not as nasty as his brother, he does not seem to care about the lives and well-being of bystanders. All that matters is that he gets to kill his prey.

Originally, he mostly seemed to hate Cage for being indirectly responsible for his father getting fired. How his motivation and mindset evolved as he descended into being a mere criminal and mercenary is unknown.

“The name’s Discus, con, and I’m here to help my… buddy put you back in Seagate prison !”

“In case you hadn’t guessed, fruitboots, I’m the brawn behind this combo !”

“You talk big, hero, and you’re going to fall hard — when Discus cuts you down to size !”

Up until the fight with Iron Man in Mr. Hammer’s floating villa, Stiletto and Discus were surprisingly effective. They could fight harder and longer than most would expect from such minor thugs. Howbeit, their low power level and poor tactical acumen meant victory remained unlikely.

Starting with the fight at the villa, they became more typical mooks.

To represent this, the HPs total for them before the villa fight should be 040 for Stiletto and 035 for Discus. 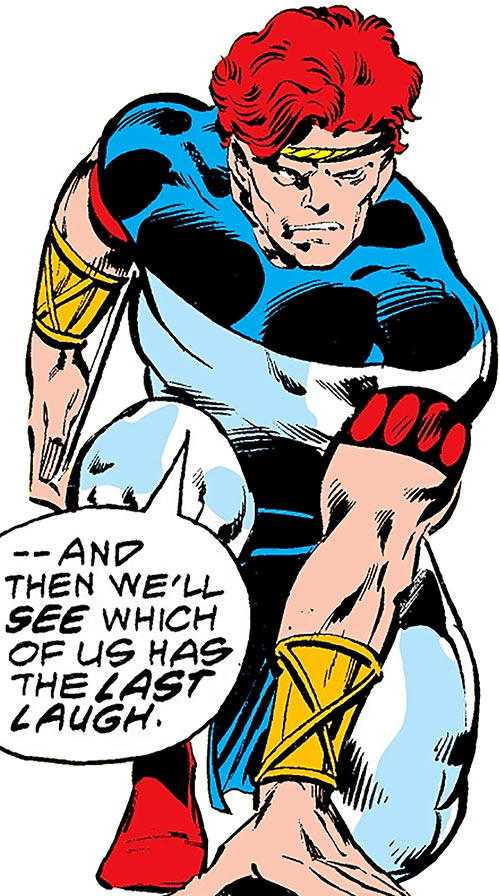 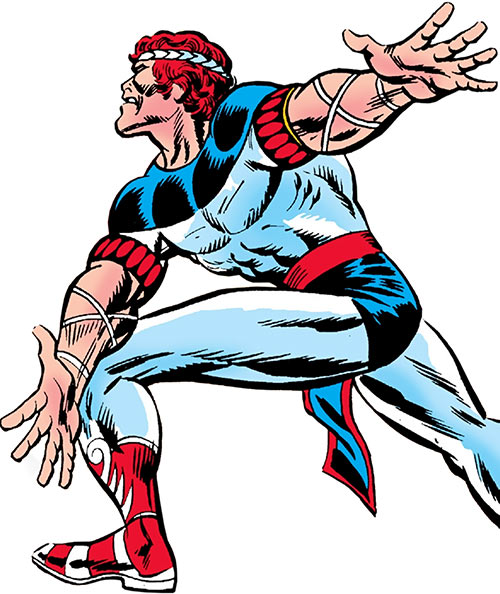 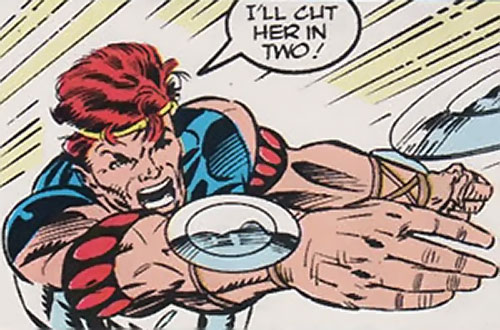 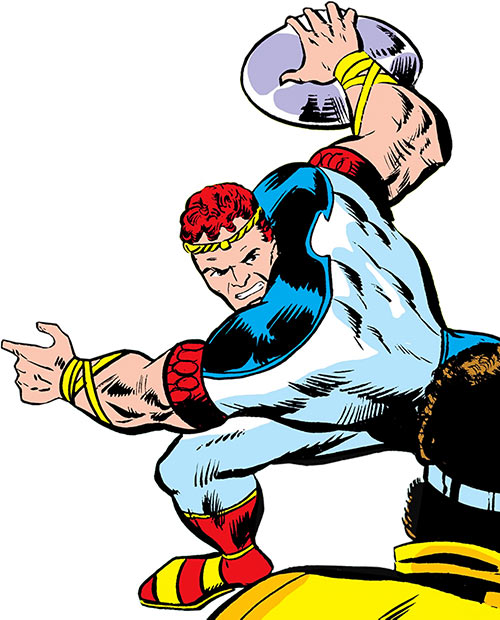