Because of reasons, many genre stories are highly gendered. So I needed a writeups break from wading hip-deep in loud angry angry boy stuff. And the pinkest, spangliest, girliest stuff I have on hand is Disney Princess: My Fairytale Adventure. Which is a video game for lil’ children.

For my character, I picked a blue-green dress. So she’s Fairuz the Fairy (“fairuz” — فيروز — is Arabic for “turquoise”). Made sense to me.

PSA: you can throw out the .bik files from the video folder for a quicker start, and throw out extraneous language .wad files if the game isn’t in the correct language.

As an apprentice fairy, Fairuz knows some simple magic. But she’s a beginner, so she sometimes fumbles her spells and produces unintended effects.

Her magic can produce a broad variety of spells. But these are small-scale, harmless effects. Spells are cast either by waving her fairy wand, or by spinning on herself to do a magic twirl.

Most spells in the game are cast to undo mischievous magic from imps. So it would seem that the apprentice is primarily a counterspeller at this point.

Who’s the fairiest in all the land ?

Other demonstrated spells include :

The apprentice also has a curiously high amount of pull-up power. And she’s a good dancer and pianist given her age.

Fairy godmothers are also specific cultural construct. They’re mostly tied to the tales of Charles Perrault  during the late 1600s. These spun prior folk tales to present a specific message. But heh, that’s not the subject here. And beside, the Disney version of these tales superseded the Perrault take decades ago.

Fairuz is a little fairy girl, aged about 6 or 7. She’s already in an apprenticeship to become a fairy godmother. Since that presumably takes decades or even centuries of practice. *Magical* practice.

She is based in a small fantasy castle in the Fairy Kingdom. On the ground floor, there are portals leading to various other realms, each inhabited by a Disney princess. Presumably, these are the ones monitored by Fairuz’s mentor. Oddly enough the apprentice seems to be the only person in the mini-castle.

Once upon a time, the apprentice was working in the castle’s garden. But she miscast a spell. This turned the helpful magic sprites into mischievous imps. The apprentice could magic them back into being sprites, but a number escaped. They fled through the portals room’s gates. 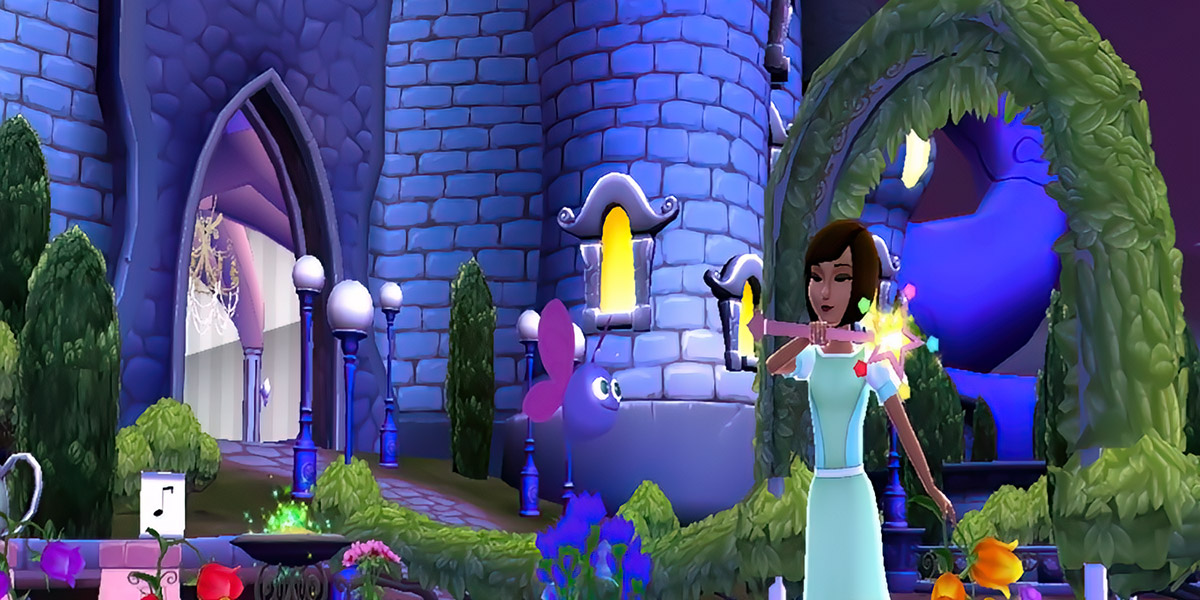 The imps were going to mess with the princesses’ happy ever after, which is the last thing a fairy wants. Therefore, much like Doomguy entering the Phobos base, the apprentice went in.

Definitely not the cow level

Just as the apprentice had fixed everything, a nasty giant imp came in and attempted to kidnap all her sprite friends. The apprentice rescued them, but one imp got away. It jumped through a previously inaccessible portal.

Therefore, much like Ranger entering Shub-Niggurath’s dimension, the apprentice went in.

This one was leading to the realm with Princess Tiana (The Princess and the Frog). Of course, the imp attempted to mess up with the opening of Tiana’s tavern (New Orleans gumbo a speciality). But the apprentice put an end to that.

With all the sprites back to help with the garden, the apprentice resumed her studies toward fairy godmotherhood. And now she’d be extra careful with those advanced spells !

Fairuz is the sort of fairy that looks Human. She’s not the same kind of fairy as, say, Tinkerbell.

Casting spells normally implies lots of twinkly and glittery particles. Producing these is, like, half the reason to cast a spell.

The apprentice lives in a world of magical femininity, where everything is wonderful provided that one :

“Poor little plant, you need water don’t you ? I’ll get you some from the well.” 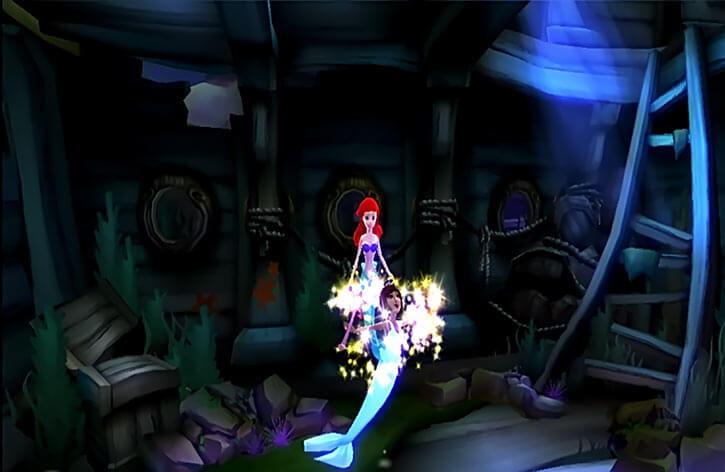 “Everything looks so nice now it’s all bright and glowing !”

“Cinderella’s necklace is in the piano ?”

Fairuz the Fairy was created by the Queen of Fables. But she didn’t dissipate when the Queen dismissed the talescape she was a part of.

Lost in National City, she attempted to help Supergirl (Kara Zor-El) in a sort of Bat-Mite or Quisp scenario. Fairuz naïvely thought that Supergirl was a princess, because she has long blonde hair and a cape.

Supergirl arranged for the fairy to move to Themyscira before she could be caged as an undocumented immigrant child. But Fairuz would like to continue her studies so she can become Supergirl’s fairy godmother. 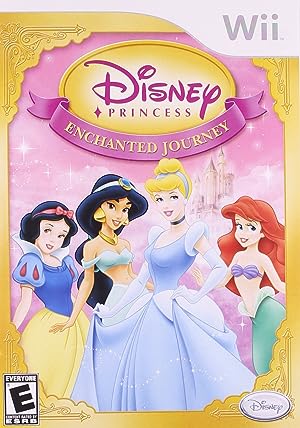 Disney Princess vidjagames, though this specific one is pretty old and presumably hard to find. 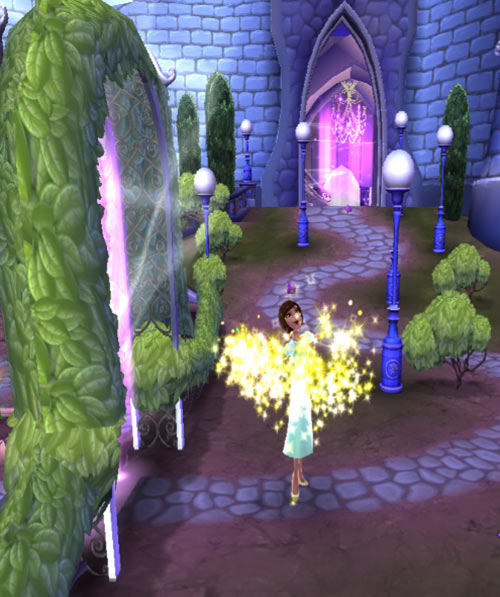